Black Ops Cold War – How to Unlock Bulldozer as an Operator

This behemoth is at home on the battlefield 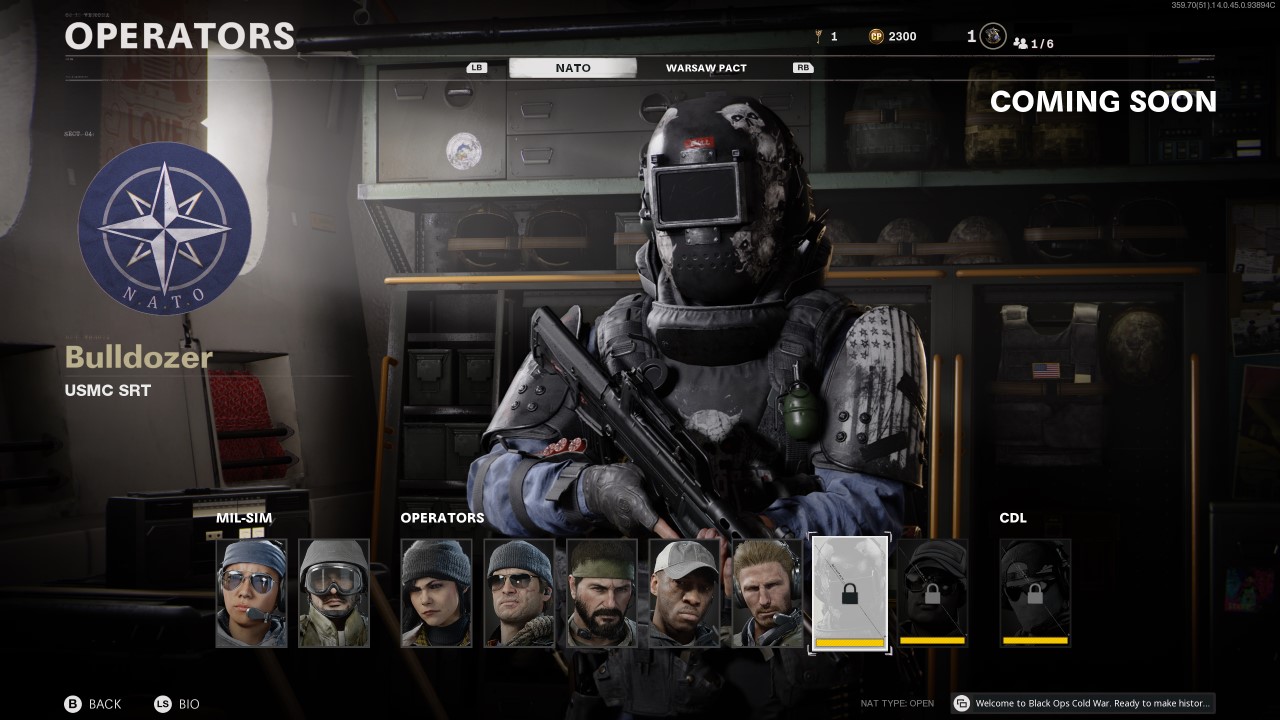 A hulking brute of an Operator has appeared in Black Ops Cold War Season 1. This highly skilled member of the US Marine Corps Reaction Team is proficient in CQB and hostage rescue. Wyatt “Bulldozer” Jones is no stranger to the frontlines, often placing himself between danger and the defenseless. Needless to say, he’s a sight to behold on the battlefield, and one the enemy wishes to avoid.

Similar to Zeyna, Bulldozer does not display clear unlock requirements like the initial characters. Instead, we’re left with a lock icon and the words “Coming Soon.” Despite the minimal information present at the Operator selection screen, data leaks have given us the rundown on this behemoth.

How to Unlock Bulldozer

The USA operator, Bulldozer, is visible alongside other NATO members, but he is not currently available in-game. He will appear in the Store later in Season 1. Players are encouraged to check back regularly throughout the season, which extends to February, to look for the new operator in the Store refreshes.

The Tracer Pack: Bulldozer Operator Bundle not only comes with the bulky Marine, it brings in a handful of blueprints and cosmetics. Here’s what 2,400 COD Points will net you:

As the name of the bundle implies, tracer fire receives a modification in the weapon blueprints listed above. When using the aforementioned M16 or Hauer 77, tracer fire will switch to a “monstrous green.” Also worth pointing out is that the “Heavy Handed” Blueprint is the first skin for the brand new Sledgehammer. If you want to find out how to unlock the base version of the devastating melee weapon, check out our guide here.

While Bulldozer can’t be yours just yet, Stitch is now up for grabs. We have the details on the ex-KGB for those interested in another frightening combatant.