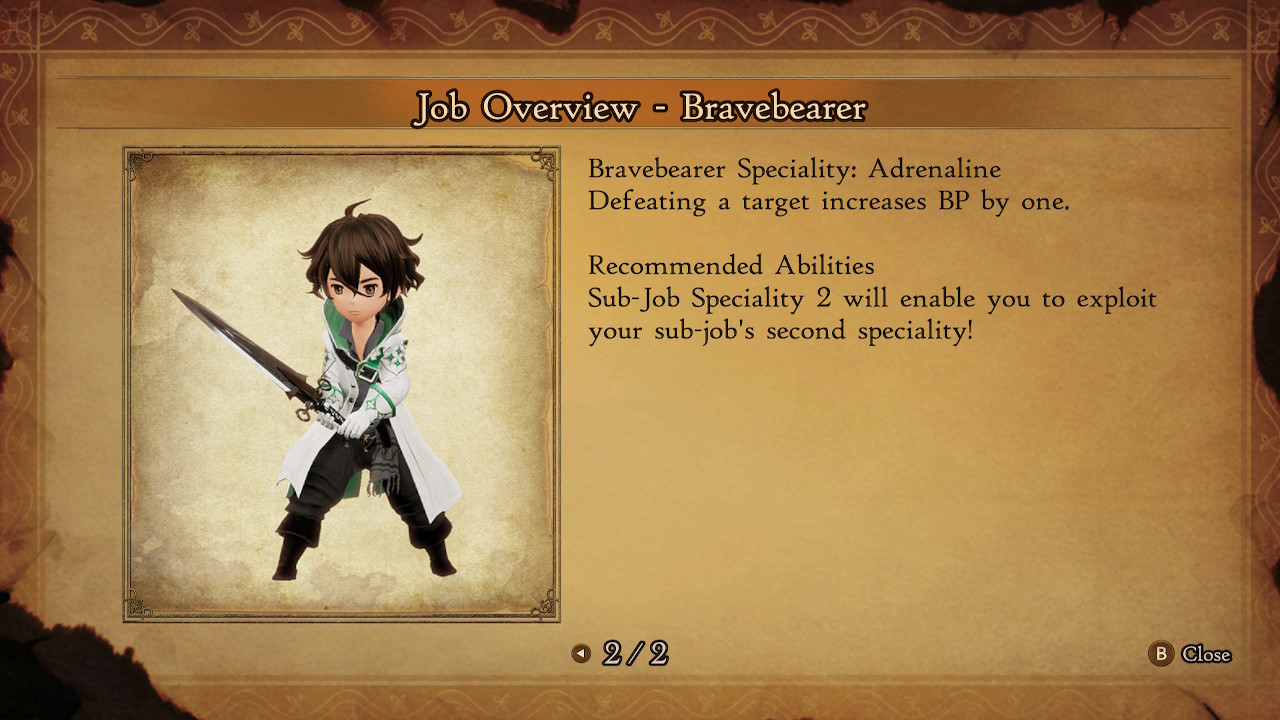 We finally reached our final Job guide, in which we will talk about Bravebearer, the very last Job you unlock in Bravely Default 2. Passed down through Sir Sloan’s Asterisk, the Bravebearer is the ultimate Job in terms of overall stats and usage, with abilities that can literally be used by any other class in the game, increasing your build options tenfold. Let’s give it a look.

Able to wield any weapon in the game with the same efficiency, abilities that make grinding and farming pretty much non existent and a passive skill that turns your single target attacks to AOE, the Bravebearer is truly the grand prize for pursuing the game’s true ending. 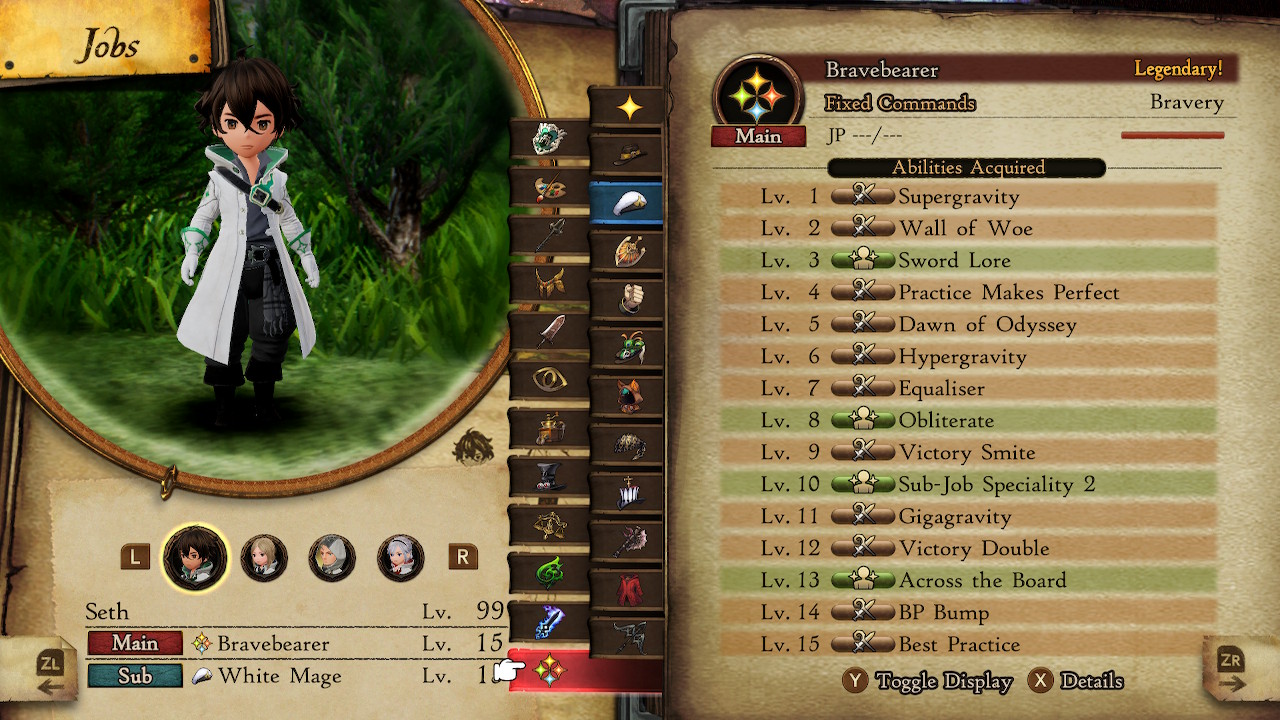 There is no question that the Bravebearer is the most versatile Job in the game. Able to fill any role, due to its high affinities and stats, it can virtually match any other class as a main or sub-job, and still provide stellar support or offense in a battle. The possibilities are literally dozens, hence why it is highly suggested to try out this Job alongside every other you have unlocked, in order to find the playstyle that suits you the most.

With all that said, let’s see in detail what a Bravebearer’s kit can do. In regards to offense, their abilities are lackluster until you play the game for a while. As you see, his skills are tied to things like how much you’ve been playing the game or how many battles you’ve fought. These are nothing to brag about, since they won’t do much if you haven’t clocked in the game hundreds of hours. His Gigagravity on the other hand, if you equip him the Monk’s Maximise HP passive skill and make sure that the HP in the fight stay as high as possible, can hit for a hefty amount of fixed damage.

That is a far cry from Bravebearer’s true potential though, as their key strengths don’t reside in their attacking capabilities. Starting of, we have the two Specialities who are both extremely good, providing a steady income of BP per turn, or whenever you knock out an enemy. If you combine such skills with Bastion’s Critical Flow, even if you Brave 4 times in a turn, it won’t even matter as you you will refill those points extremely fast, possibly within a single turn. Even without Bastion’s skill, they do have BP Bump ability to recover BP as fast as possible, turning them into a great support role.

My personal favorite traits of the Bravebearer, is their Across the Board passive and Sub-Job Speciality 2. The first turns any single target ability into AOE, if the player chooses, and the latter lets you activate your sub-job’s Speciality II, who more often than not is way more efficient than their first. To give you an example as to how strong this passive is, just think of choosing Bravebearer as your main job, with Freelancer as the sub. Activating Late Bloomer, will turn your character into an unbeatable juggernaut, with stats almost capping at each field. Considering you maxed out every other Job that is. Other combos include a Vanguard as a sub-job, to activate their Attention Seeker, maxing your attack and critical chance in result. The match ups you can do are literally dozens, so go out there and try out for yourself any possible pairing you may think of.

There is no shortage of things a Bravebearer can’t do, making them the most valuable Job you can own. While they are indeed strong, it is good to know that they don’t break the game just by having them. It sure makes things easier, but rest assured you can still have some challenges waiting for you, if not geared up properly. A Bravebearer just opens up the full path ahead of you, in order to try out a lot of setups and builds.

And there you have it, we finally covered every single Job and what they bring to the table. Of course, we simply scratched the surface with some, as there are countless combinations you can do if you count in items, accessories, passive abilities and Job combos you can do. One of Bravely Default 2’s selling points though is to have fun with various mix ups you can come up with, and reward yourself with a truly unique build you created on your own. Since the game has a New Game+ mode, you can even put all that knowledge to test with it, turn the game’s difficulty to the hardest possible, and see what you managed so far. Complete the Lore tab and defeat every super boss the game throws at you. I hope this series of guides made things a little easier, if you happened to struggle with something, or at least gave you some direction as to how to use certain Jobs. Good luck with the rest of your adventure.