Bravely Default 2: How to Beat Vigintio

Vigintio is an Undead fanatic, and his battle gimmick proves as such. 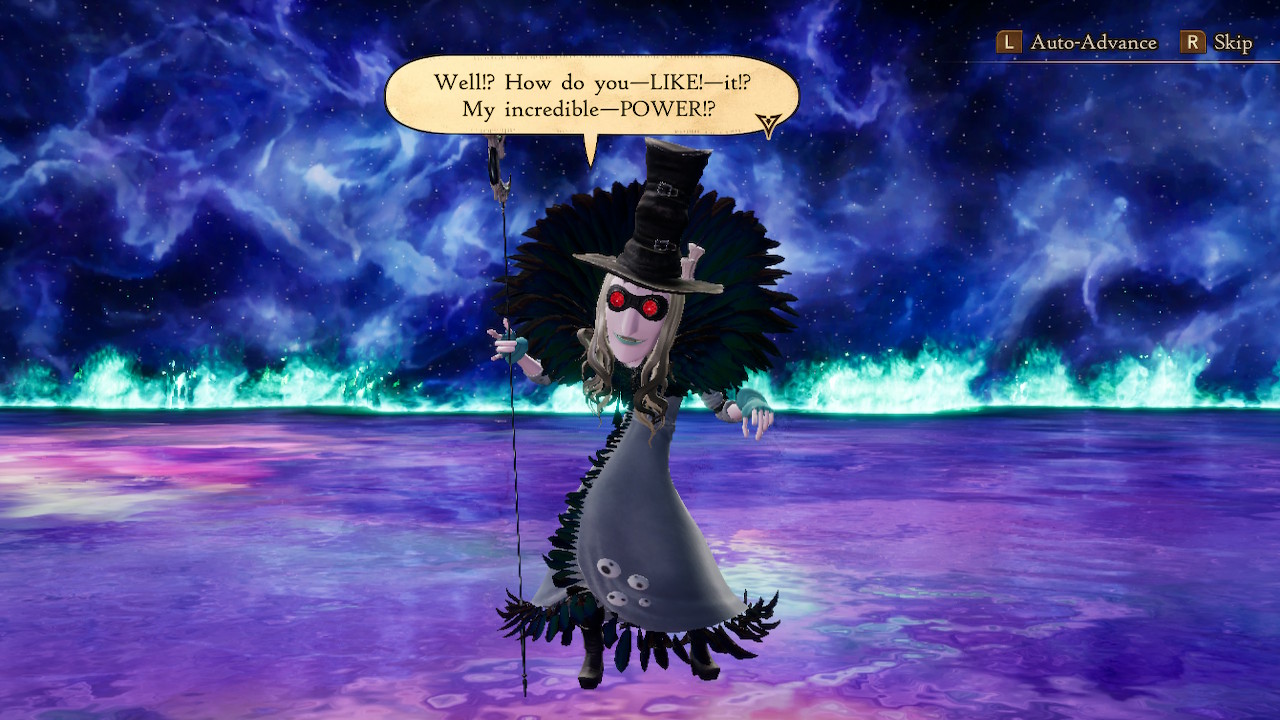 Bravely Default 2 is full of quirky and crazy characters, and Vigintio is no different. The owner of the Arcanist Asterisk is… odd to say the least, utilizing arcane sorcery to make himself similar to undead creatures. Don’t judge a book by its cover though, since Vigintio may not look like it, but he is a powerful sorcerer with incredibly hard hitting spells. Let’s take a look at how we can beat such an opponent.

How to beat Vigintio the Arcanist

First and foremost, Vigintio’s gimmick is that he has three ‘phases’, that are way different than what you’ve been up against until now. Usually, a Boss changes phases while they are low on HP. Vigintio on the other hand, as a good Undead being he is, changes phases when you empty his health pool completely. When you defeat him the first time, he simply throws a brief monologue to express how powerful and immortal he is, coming back with full life, although cut in half. After you reduce his HP to 0 once more, he does the same thing again for one more time. This means that in essence, you need to beat Vigintio three times in order to get rid of him completely.

At first glance, Vigintio looks like the type of guy that would use a lot of curses or poison-like spells to burn down your HP little by little. This is not the case here, in fact, it is the exact opposite. This mad wizard is most probably the strongest mage you’ve encountered in the game, with spells that can destroy any party member in seconds. Every ability of his hits like a track if you don’t have your Magical Defense raised high enough. 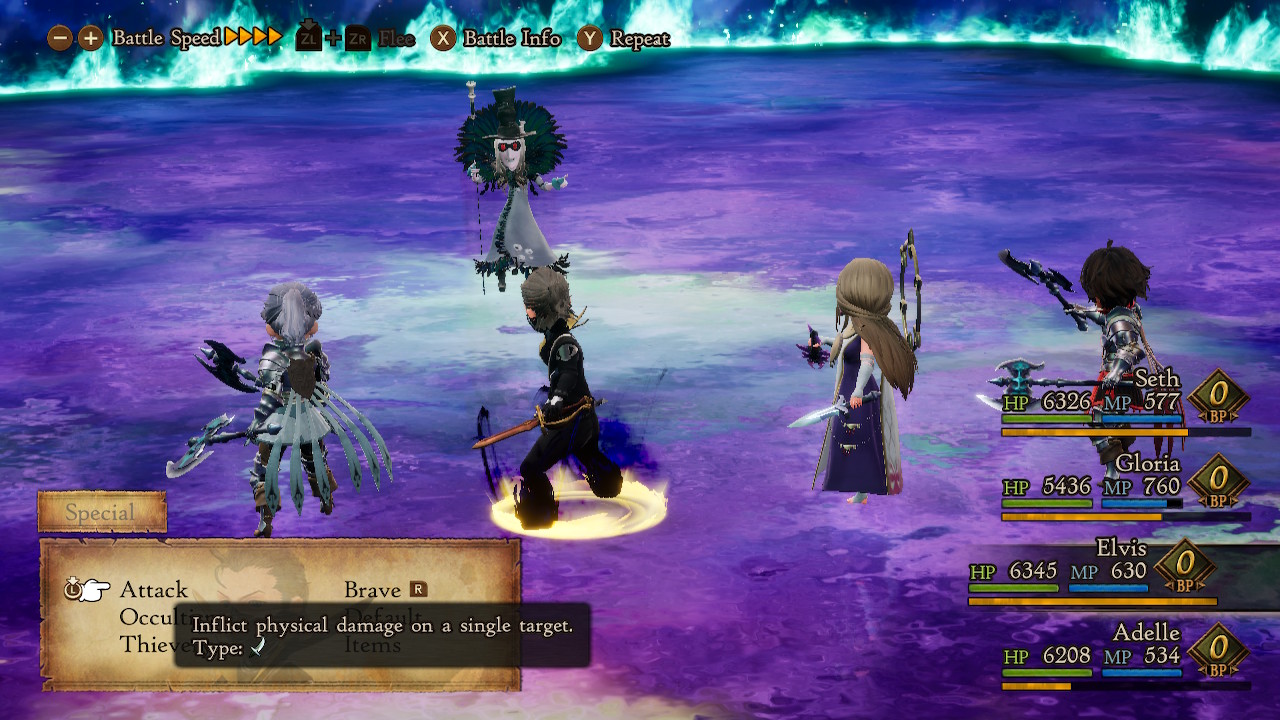 What you need to be the most careful of, is to not let him stack BP, through his counters. Every time you attack him with magic, he counters by gaining 1 BP. As a result, he can max out on BP extremely fast, if you are not careful. This is easily a team wipe if he uses consecutive strong spells, so keep it in mind. Additionally, your physical attackers are not safe either as he counters with Comet for each physical attack that hit him.

Take all of the above in mind, in conjunction with the fact that you need to beat him three times, and you have a challenging opponent on the opposte side of the field. Fixed damage commands like the Beastmaster’s and Gambler’s are the way to go here. Flash the Cash and Off the Chains with Skeletal Sellswords are your best bet at dealing damage without being countered. If you don’t have any of these Jobs leveled up or with enough beasts captured, make sure to keep heling the damage caused by his barrage of spells and counters, as you can’t avoid them in any way, other than having the Ranger’s passive ability Counter-Savvy. He also becomes more aggressive each time he refills his health, so a pure healer is a must for this fight. Don’t rely only on partial healers, like the Red Mage and make sure to also hit him with Light magic, Spears or Daggers, as these are his weaknesses.

Follow the tips above, and eventually Vigintio will go down. With the Arcanist Asterisk at hand, you now have access to powerful non-elemental magic and Dark element abilities. In case you fought the other two Holograd’s generals, you are now ready to face the last boss of Chapter 4, otherwise, head to Halcyonia or Savalon to get rid of Lonsdale and Marla respectively.