JP Orbs are a good way of leveling up Jobs, without increasing your character's level. 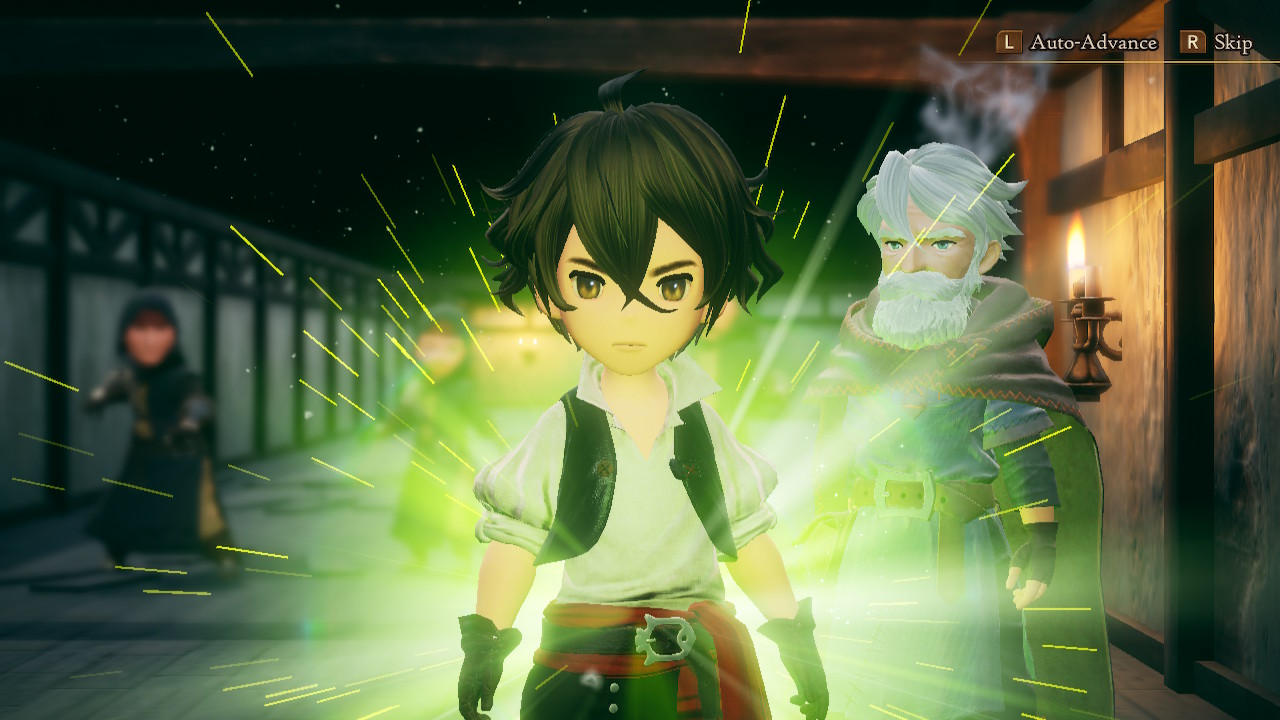 There are many methods of leveling up your characters and getting a lot of JP for maxing out every Job in Bravely Default 2, but almost all of them enhance your characters in both fields, making them overpowered in the process. That is not something you’d want, if you just have the desire to experiment with a lot of Jobs, hence why you’d want them maxed out, without entirely breaking the game. Which brings us to this lovely method here, that focuses solely on JP Orbs, without getting XP for raising your character’s level.

How to farm a lot of Medium JP Orbs

First things first, for those that are not aware, JP Orbs are usable items that give a fixed amount of JP every time you use one. They vary in size, with the most common ones being the Small JP Orbs, reaching up to Giant JP Orbs and so on, you get the idea. These orbs only increase the amount of JP you get, without earning any XP at all, which makes them an awesome way of leveling up a single Job you want, without raising your character’s max level.

In this guide here, we are going to see how you can farm a huge amount of Medium JP Orbs, efficiently, fast, and with minimal effort. That said, there are a few requirements that need to be ready for when time comes.

With all of the above set, what you need to do now is to travel to Jaws of Judgement. It is the second dungeon you visit in this Chapter, and is located west of the city of Rimedhal. 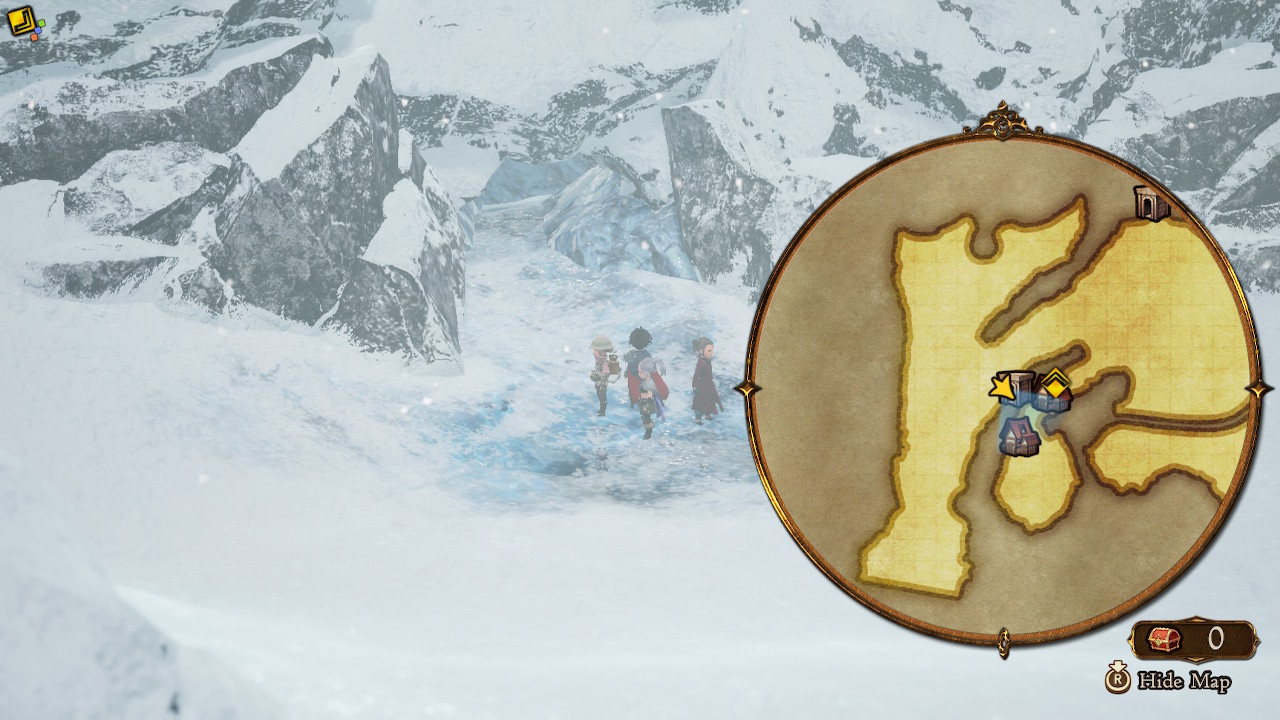 Get inside and travel almost to the far end of it, but right before you reach the final corridors, there is an entrance to a small room, at your left. If you visited the dungeon before, it is most likely that you will have the blue portal already activated, through your prior exploration. If that’s the case, you can save a lot of time by simply jumping onto it and it will send you deeper in the cave right where we need to be. Head at the right exit, as shown in the picture below. 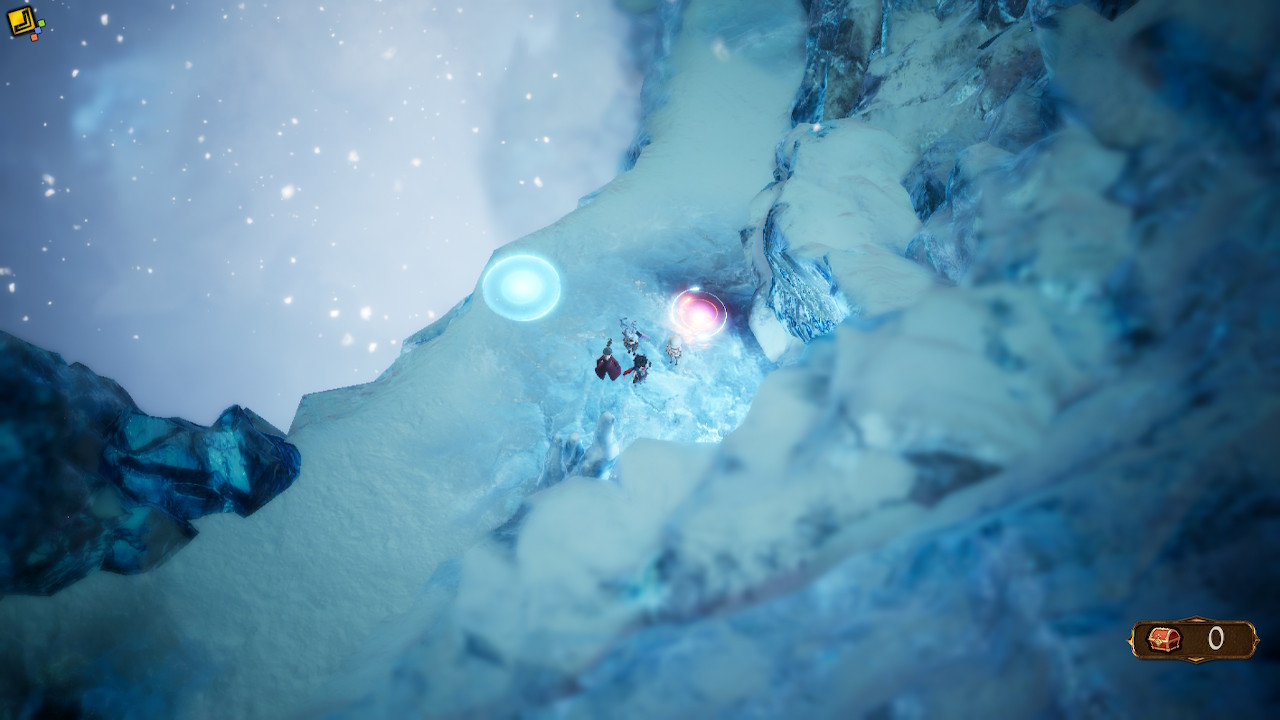 Then, follow the corridors until you find yourself at a slippery crossroad. Instead of going right, head to its left side, and get into the next room. From there, just follow the short path until you find an entrance at your left. Get inside there and you are finally in the room you need to be, in order to start your farming. Just head to the upwards slop at your right, and follow it. Here, you will need to methodically slow down your movement as there are slippery and frozen paths with no edges, which means you will fall down if don’t watch out. If that happens, simply start from the beginning. 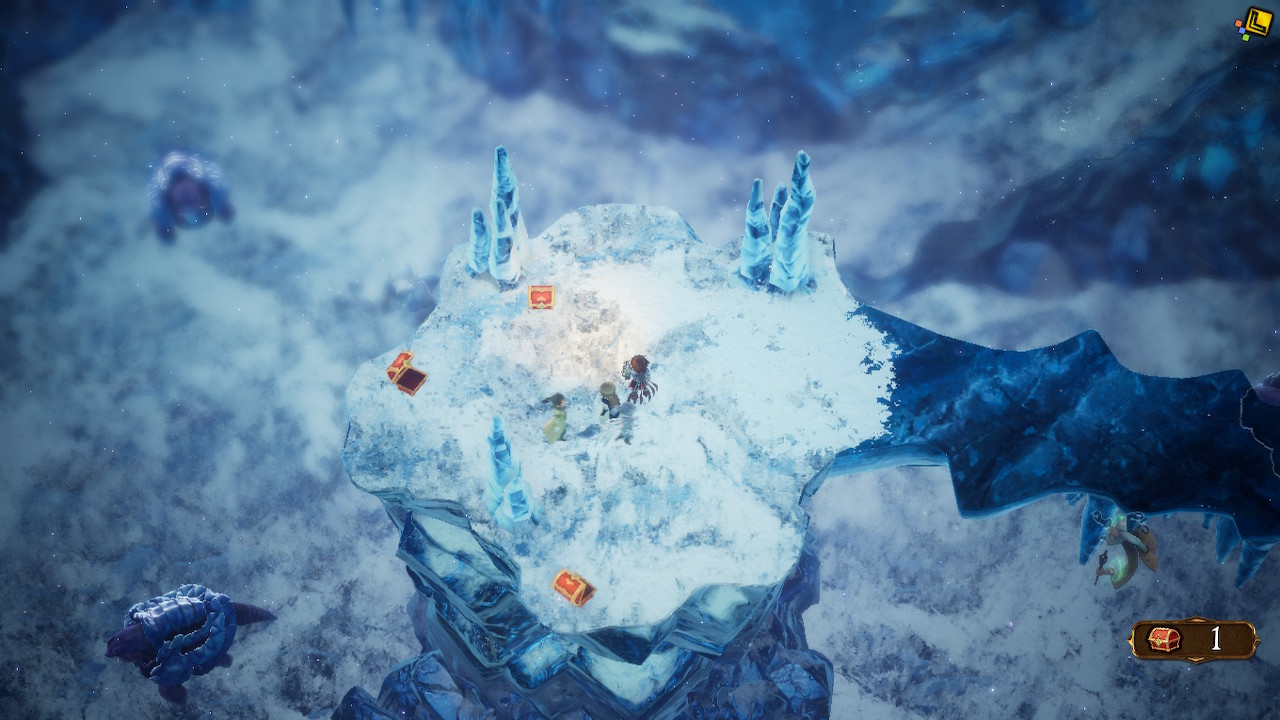 If you managed to do all of the above, you are now on top of a snowy pillar, which has 3 Treasure Chests lying there, as shown in the picture above. Feel free to open the bottom and middle one, BUT before you open the one that is shown as closed in the picture, it is time to equip everything mentioned at the beginning of this article. Have everyone’s main job set to Thief, equip the passive abilities mentioned, also equip to everyone the Thief Gloves and a Spear, and get ready to open the Chest. 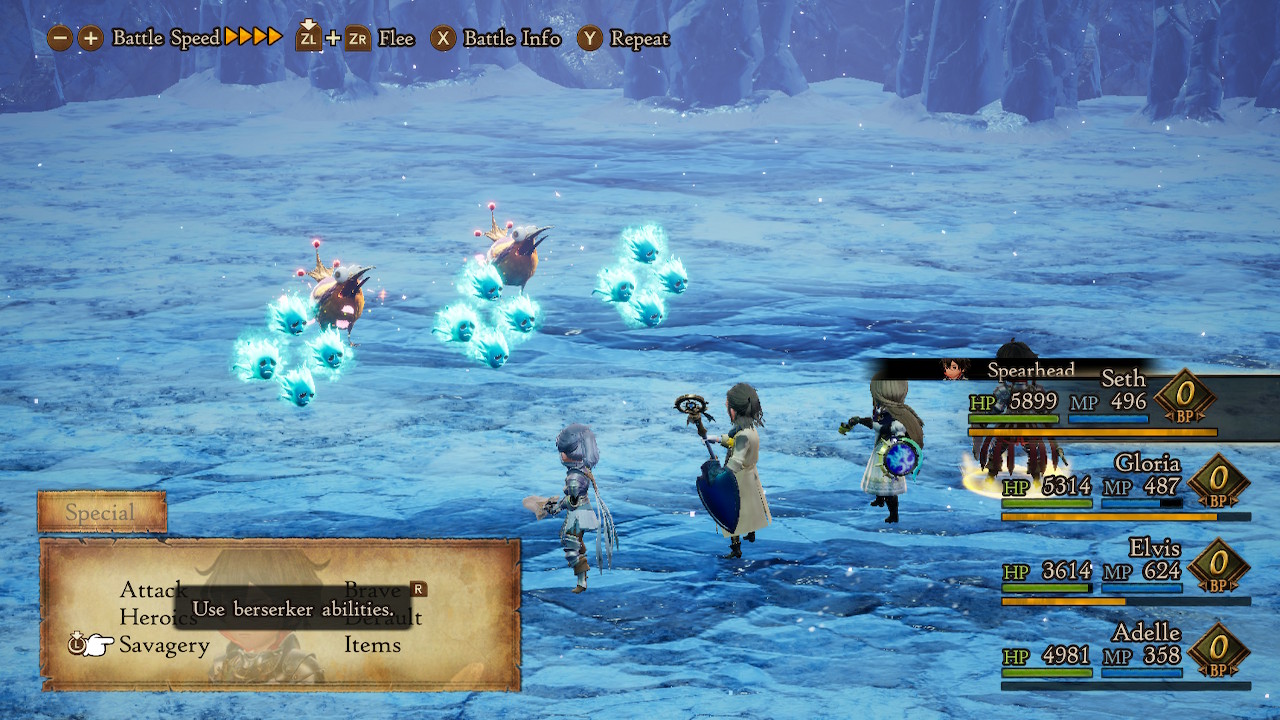 The specific chest is a mimic one, which means that the moment you open it, a wave of enemies jumps right at you, ready for a fight. However, the specific wave of enemies here includes 2 Big Wiki-Wiki, the rare birdlike enemies you previously found all over the world. There are also 3 Undead creatures, but we don’t care about them. And here comes the trick you need to take advantage of. If you escape from the battle by pressing ZL+ZR, the chest will be closed again, waiting for you to open it. This is essential to have in mind, so DON’T kill those enemies. Instead, with all of your abilities equipped, you need to keep stealing the Big Wiki-Wiki, until they give you x2 Medium JP Orbs each, for a total of 4 JP Orbs. Right when they do, simply escape the fight, and repeat the process for as long as you want!

The reason we equipped the specific abilities is to be able to steal rare items from enemies, hence the JP Orbs, and the Spearhead is there in order to keep the Wiki-Wiki enemies from acting, so they won’t be able to run away before we steal from them. Rob Blind simply speeds up the process, with chances giving you the JP Orbs faster. Also, each Thief Glove provides a 15% increase to Stealing success, so as you guess they are also mandatory to considerably speed up the process.

There you have it, a great, if not the best, way to farm Medium JP Orbs, leading to maxing out extremely fast your Jobs. What needs to be noted as well, is to try and give those Orbs to everyone WITH the JP Up and JP Up and Up abilities equipped, as they do get increased amounts from used items as well! This is something easily overlooked, so don’t forget to have them equipped to your party, in order to not lose a big amount of JP in the process. Happy farming.