Collecting void energy will reward you with fun Halloween-themed survivor and killer cosmetics! 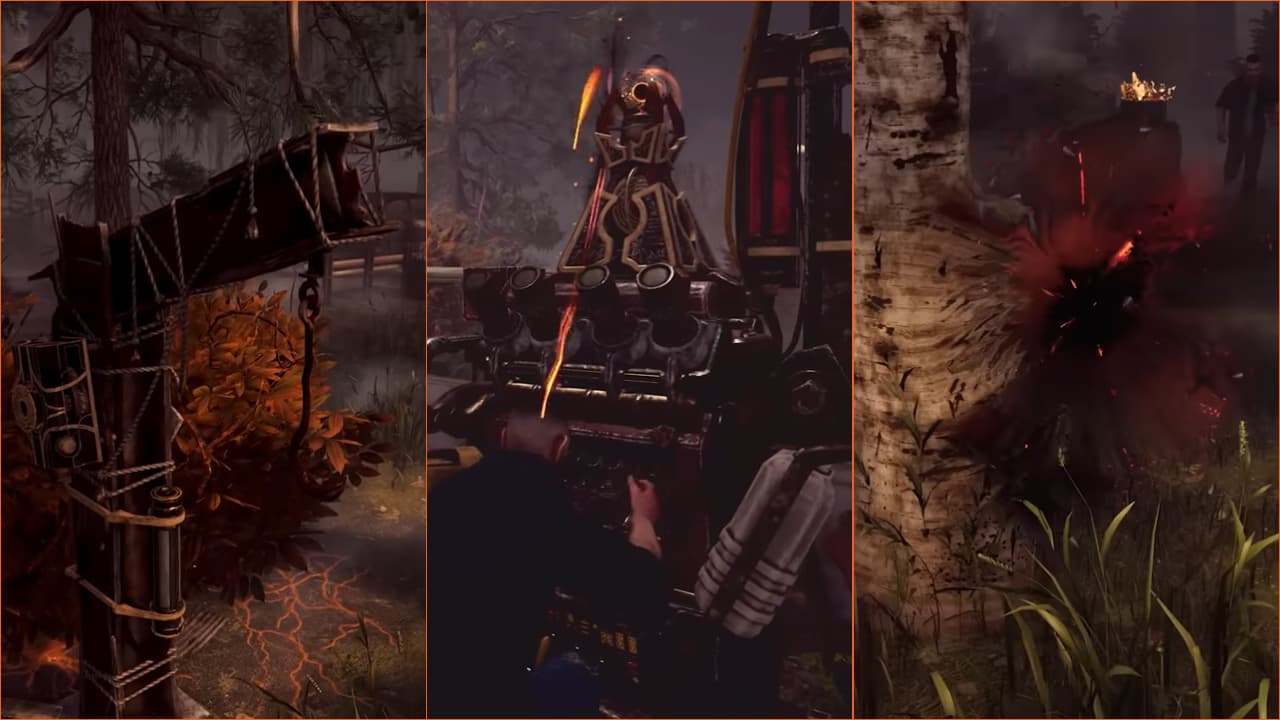 The Haunted by Daylight Event has officially started in Dead by Daylight. You may wonder how to collect Void Energy during a trial to unlock all of the sweet cosmetic items for your favorite Survivors and Killers. Here are the instructions straight from the Entity.

How to Collect Void Energy in Dead by Daylight

Survivors and Killers can collect Void Energy during a trial by completing objectives and stealing them from each other.

Survivors collect Void Energy by repairing Halloween Generators. These generators look different from regular ones as they are decorated with a Halloween aesthetic.

Pumpkins make their spooky return this Halloween. Interact with them in a trail to stomp them, which will award you with a possible status effect and Void Energy.

Killers collect Void Energy by hooking Survivors on Halloween Hooks. These hooks look different from regular ones as they are decorated with a Halloween aesthetic. Note: the basement hooks will provide Void Energy, so utilize them when you can’t find a Halloween Hook nearby.

The Killers can also interact with Pumpkins for a chance to earn a status effect and additional Void Energy.

The Haunted by Daylight event brings even more shenanigans to the game by allowing Survivors and the Killer to steal Void Energy from each other by taking specific actions against each other.

You can expect there to be a lot of dreadful attempts by both sides to earn more Void Energy.

How to Deposit Void Energy

Survivors and Killers must deposit the Void Energy collected into Unstable Rifts during a trial.

How Much Void Energy Do I Need?

If a Survivor deposits 30 Void Energy during a trial and completes the match, they will earn a glow-in-the-dark Bone Shirt for use by six specific Survivors. You can earn enough Void Energy to collect all six t-shirts during the event.

You can obtain cosmetics for the following Survivors:

If the Killer deposits 30 Void Energy during a trial and completes the match, they will earn a special weapon that six specific Killers can use that different pieces of candy have inspired. You can earn enough Void Energy to collect all six weapons during the event.

You can obtain cosmetics for the following Killers:

Which killer or survivor will you pick for this spooky event?