Don't get too lost, Guardian. 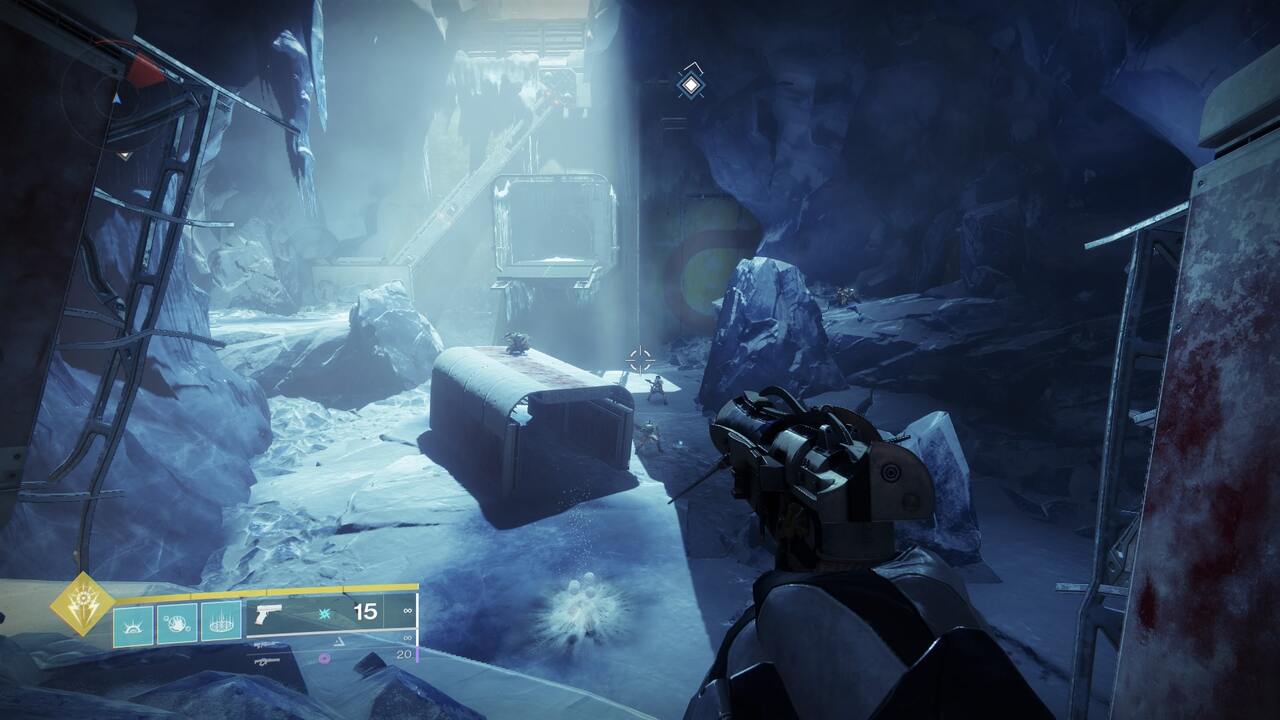 The Bunker E15 Lost Sector is found on Europa at the Eventide Ruins. You can drop in right at Eventide Ruins. Once there, turn around and enter the large broken building through the door on the first floor.

Clear out the Fallen and you’ll see a small opening towards the back center of the room. Jump up and over that and you’ll be on the trail to starting the Bunker E15 Lost Sector. Continue forward through the tunnel and you’ll run right into the Lost Sector.

How to Complete the Bunker E15 Lost Sector

To complete the Bunker E15 Lost Sector, all you need to do is clear out the first room of enemies and continue forward. Next, you’ll find trapped BrayTech robot soldiers. You can free them by shooting the square on the corner of their prison. They will help you fight through the next rooms.

Continue through the door on the left and fight through the wave of Vex. You’ll eventually find a big room with a lot of Vex to fight. There are also several Vex prisons. You can shoot the squares to free more BrayTech soldiers or you can use your new Arc 3.0 build to swipe the floor.

Lastly, you’ll fight in a circular room. Clear out all of the initial Vex and a Hydra miniboss will appear. As you deal damage to it, enemy Vex will spawn in periodically. Use the second floor that wraps around the room as cover and clear out all the enemies.

When everyone is defeated, open the chest at the back of the room. To leave the Lost Sector continue past the chest and jump up through the opening in the ceiling. Hop down the hole and you’ll be back in the first room.

Depending on when you visit the Bunker E15 Lost Sector, there will be snowballs there which you can use to complete Dawning 2022 quests. Good luck in the Lost Sector!