Dying Light 2: Go to the Center or Keep Promise to Alberto?

Look out for your best interests or give a grieving son some closure? 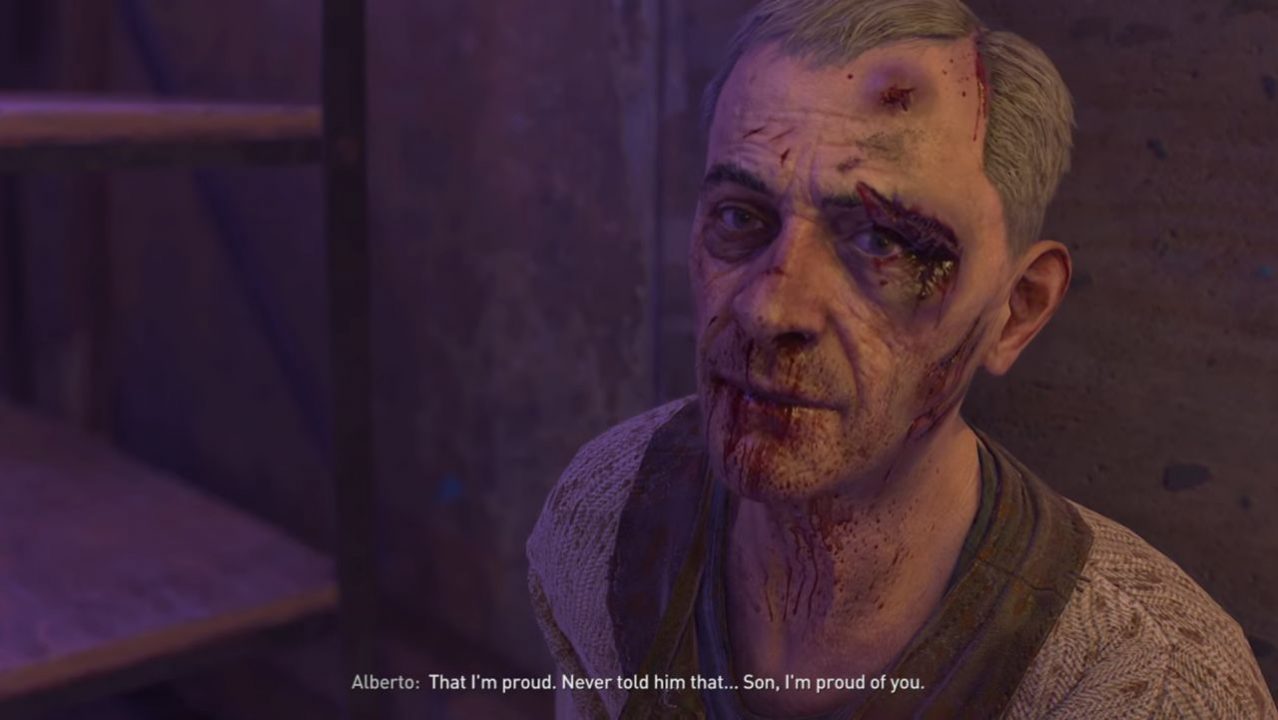 Dying Light 2 puts you in many dire situations where you have to make a timed choice. Many of these, at least in terms of the main story, can really alter the course of the game and even dictate the ending. There’s one instance where Vincenzo’s dad helps you blow up the Peacekeepers’ windmill in the Trinity area during the Story Quest, Revolution. You have to make a decision to keep a promise to Alberto following another situation at hand in Dying Light 2: Do you keep it or make your way to the center?

Go to the center or keep your promise to Alberto in Dying Light 2?

Following the events of blowing up the Peacekeepers’ windmill, you find Alberto gasping for his last few breaths at life after the PK found his location and left him for dead. You have a heartfelt conversation with him as he conveys his final dying words to you. He wants you to bring word back to his son and the people of the Bazaar, that Vincenzo was the one who pulled off the successful offensive against the PKs and that he’s proud of him.

Right as you’re going to relay word of what happened, Hakon phones in, giving you a golden opportunity. The metro is empty, giving you a chance of getting out of town and closer to finding Mia. You now have two options here: “I’m going to do what I promised Alberto.”

If you choose to keep the promise, you’ll essentially miss out on the chance to get to the Central Loop in a much more streamlined manner. The PKs are occupied elsewhere after the attacks and will even meet you in the Bazaar in a not-so-happy manner. In this case, you will have to fight the Peacekeepers off and save the people there, gaining the praise of people who were skeptical of you.

After fending off the PKs, you deliver the bad news that Alberto has been killed. You’ll also keep his promise and have Vincenzo hailed as a hero for his plans. Once this is all over, Hakon will phone you in with another opportunity to get to the Central Loop. If you just leave Alberto to die, you’ll skip that entire section of fending off the PKs and relaying the news. This, however, reveals some secrets regarding what happened to Lucas. As the events unfold here, nothing too different goes down if you took the sentimental route. In any case, you potentially miss out on just a few extra cutscenes.

Dying Light 2 is out now for the PlayStation 4 and 5, Xbox One and Series S/X, and PC. A Nintendo Switch port is due later this year in 2022.

Attack of the Fanboy / GAME GUIDES / Dying Light 2: Go to the Center or Keep Promise to Alberto?