Dying Light 2: How to Get the Paraglider 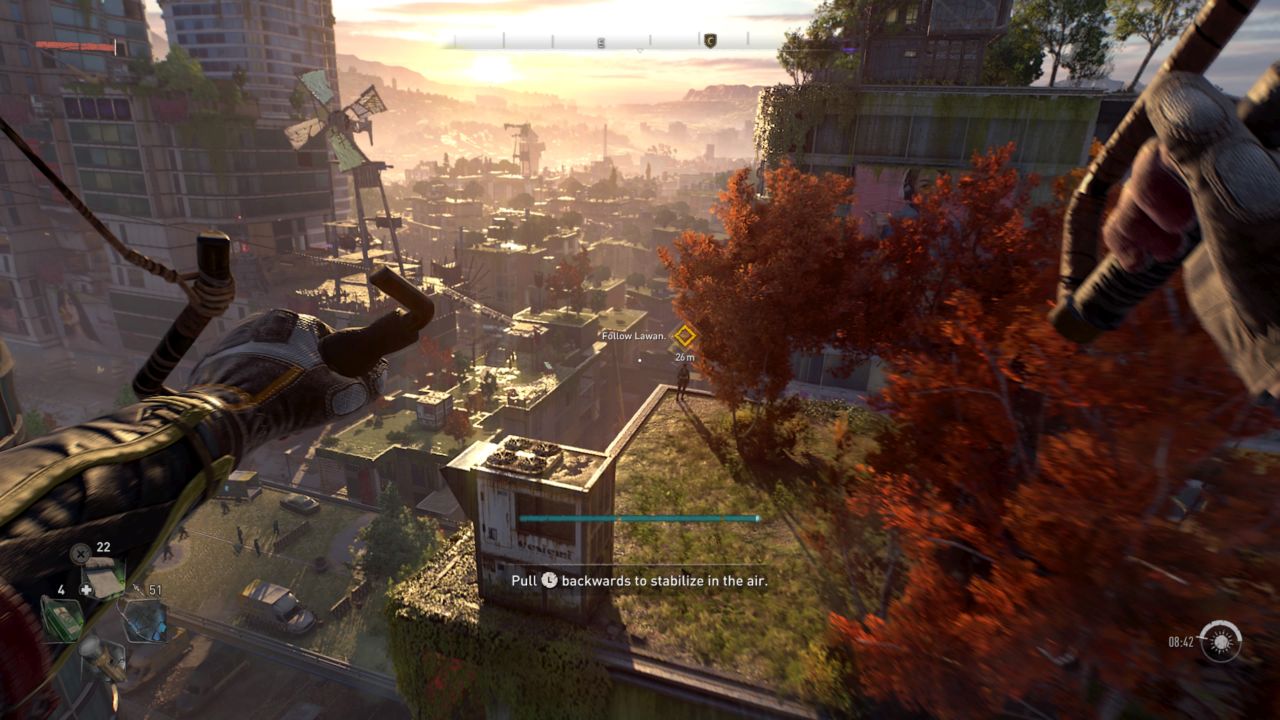 How to get the Paraglider in Dying Light 2

After dealing with the Sniper who nearly took out Hakon, you lead a pursuit against this person. This will then lead you to the Let’s Waltz! main quest, where you’ll encounter Aitor and his men. Follow the objectives for the quest all the way until you make your way into a brand new open area.

After a very close call with Waltz, the Sniper will then again save you in the nick of time, prompting you to run far away from the guy. Once again, follow the objectives. It’ll mostly have you running and parkouring while being chased by a frenzied Waltz. When you make it to the Central Loop area, you’ll go through some cutscenes about the power being restored to the region. However, things don’t stay all happy for too long since now you have to find generators around the district to restore electricity. Here, the Sniper, who you learn is a woman named Lawan, passes you a spare Paraglider.

This is the tutorial mission for using this newly acquired Nightrunner Tool. You can cover a lot of ground if you deploy it from high rises. It’ll use stamina the longer you’re on it, so be wary of how high you are to the ground relative to how much stamina you have left.

The best tip is to use it in short bursts or if you can see an air vent to lift you up and replenish your stamina meter. It can also be upgraded some ways down the line through the Craft Master, so look out for that.

Attack of the Fanboy / GAME GUIDES / Dying Light 2: How to Get the Paraglider