Elden Ring: All Legendary Ashen Remains & How to Get Them

To summon renowned warriors in the Lands Between. 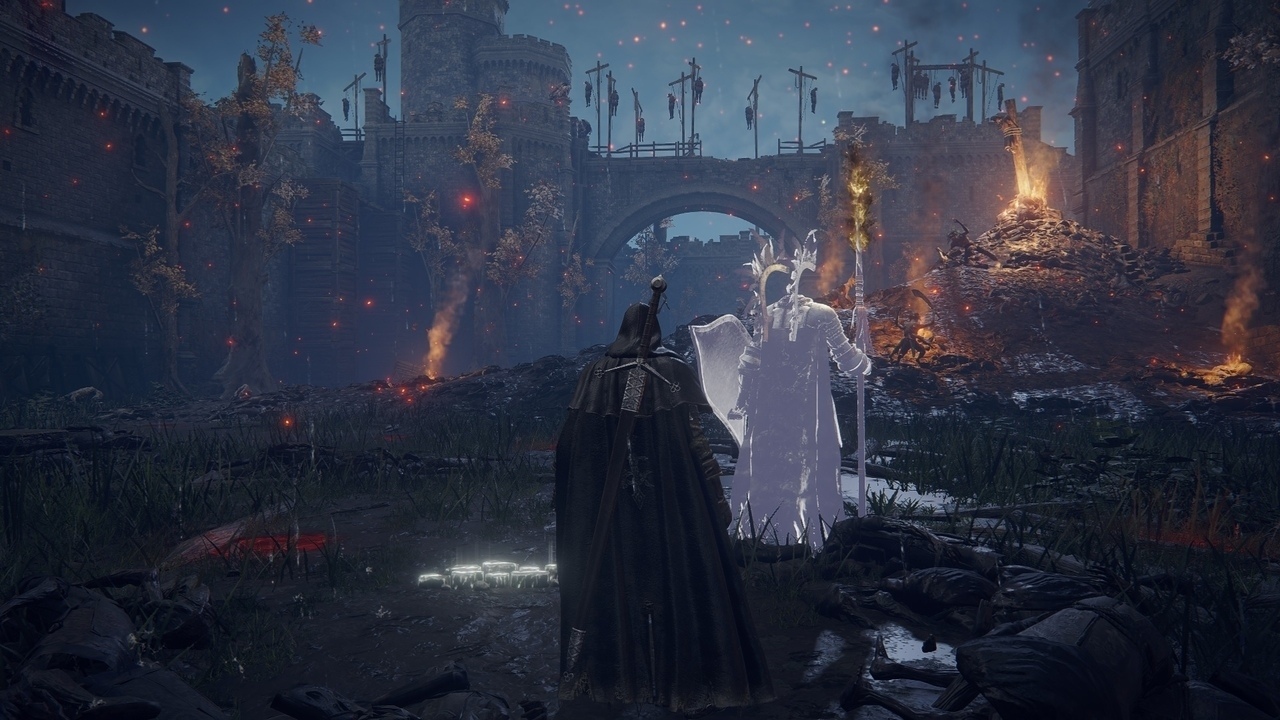 Legendary Spirit Ashes are collectibles that an Elden Ring player will require should they wish to procure assistance from some of the strongest warriors that have left their mark on the Lands Between. The item description of these ashen remains will speak of their deeds in service to their prior masters. But now in death, their aid can be gained temporarily when called upon by a Tarnished with the Spirit Calling Bell. Players could also simply be seeking out such ashes for the sake of collection purposes or to net an achievement on their path of getting the Platinum Trophy (or equivalent thereof). This guide will cover the locations and procedures required for obtaining all the Legendary Ashes in Elden Ring.

How to get All Legendary Ashen Remains in Elden Ring

There are 6 Legendary Spirit Ashes in total that can be obtained by the player during their playthrough. The list includes Ancient Dragon Knight Kristoff, Redmane Knight Ogha, Lhutel the Headless, Cleanrot Knight Finlay, Black Knife Tiche, and Mimic Tear. The methods of acquiring them will be listed individually below. 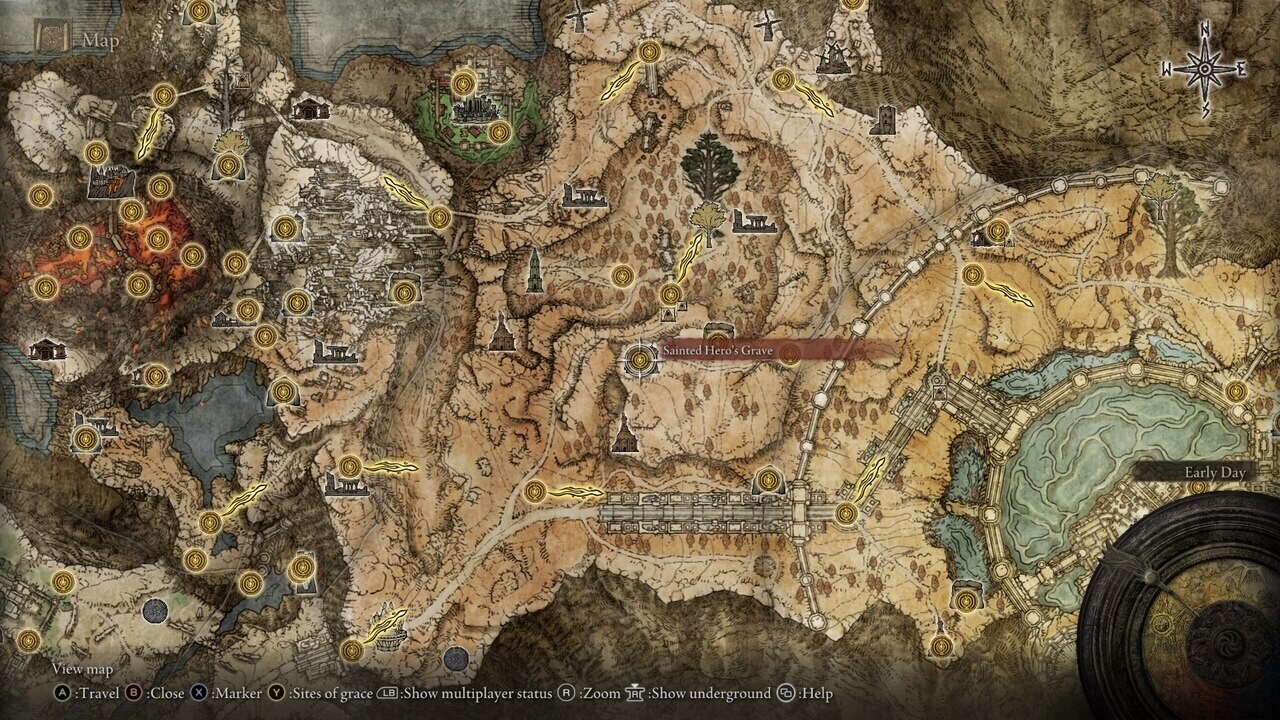 A knight of Leyndell with a penchant for calling down thunderbolts, reminiscent of the dragons of old. The Spirit Ashes for Kristoff can be gotten via defeating the boss Ancient Hero of Zamor who guards the Sainted Hero’s Grave in Altus Plateau. You can reach the dungeon by heading south down the path near the Windmill Village site of Grace, West of the Rampartside Path Site of Grace that you’ll come across along the way. He costs 108 FP to summon in battle. 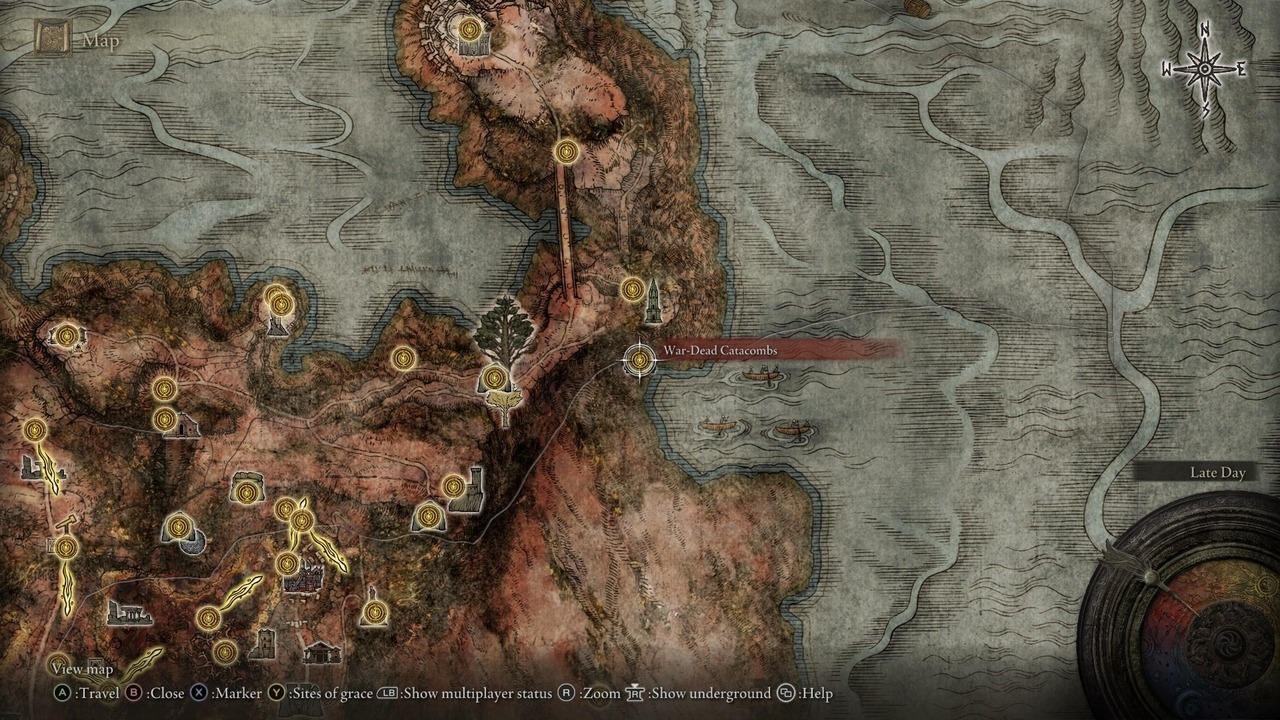 A tenured member of the Redmane Knights who studied gravity magic alongside General Radahn. As opposed to Kristoff who wields a spear and shield in battle, Ogha is an archer who fires heavy arrows imbued with gravitational energy at opponents. The Spirit Ashes for Ogha can be obtained from defeating the boss Putrid Tree Spirit in War-Dead Catacombs in Caelid. This is a dungeon that’s located at the edge of the Wailing Dunes, which can only be freely explored after defeating Starscourge Radahn. He costs 106 FP to summon in battle. 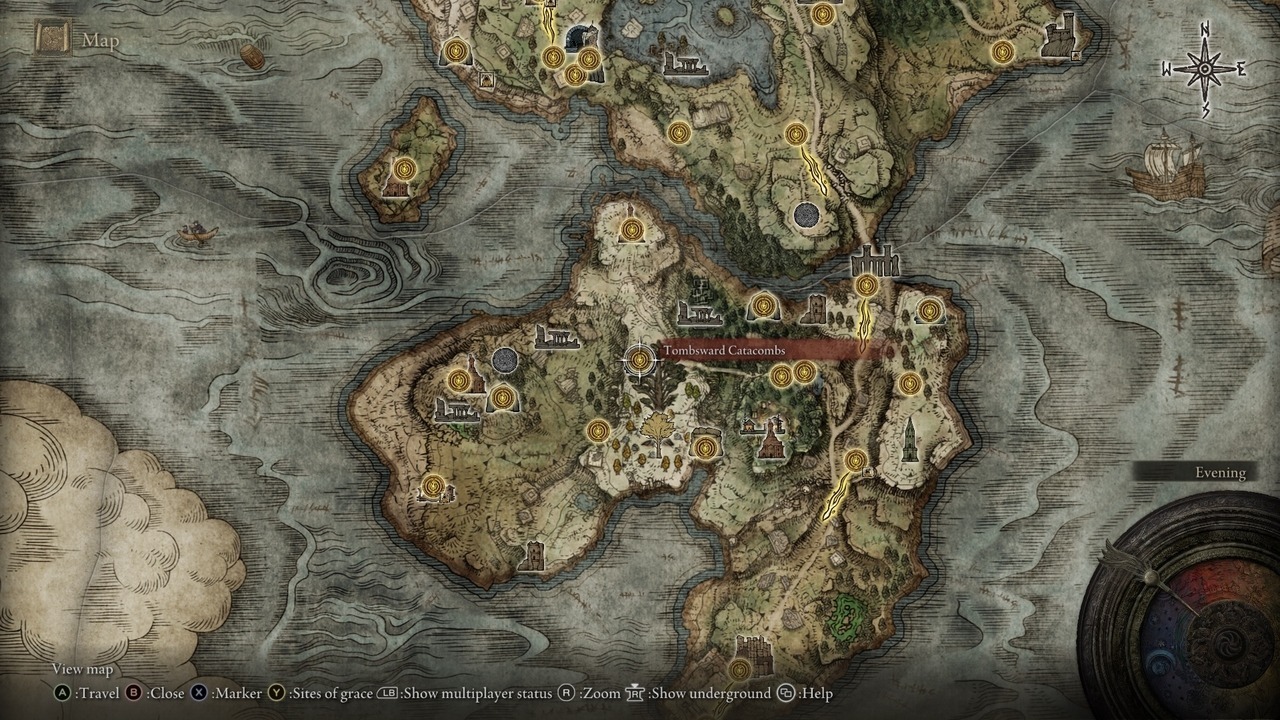 A mausoleum knight that teleports in and out of combat like a phantom. Though she’s quite a tanky spirit ash due to her great shield and reinforced armor. Her frequent teleportation makes her not the most reliable of tanks in terms of drawing enemy aggro. The Spirit Ashes for Lhutel can be gotten at Tombsward Catacombs in Weeping Peninsula, as a reward for defeating the boss Cemetary Shade. The dungeon entrance’s near the Minor Erdtree of the region, so don’t go searching for it on the grounds of the plains below. He costs 104 FP to summon in battle. 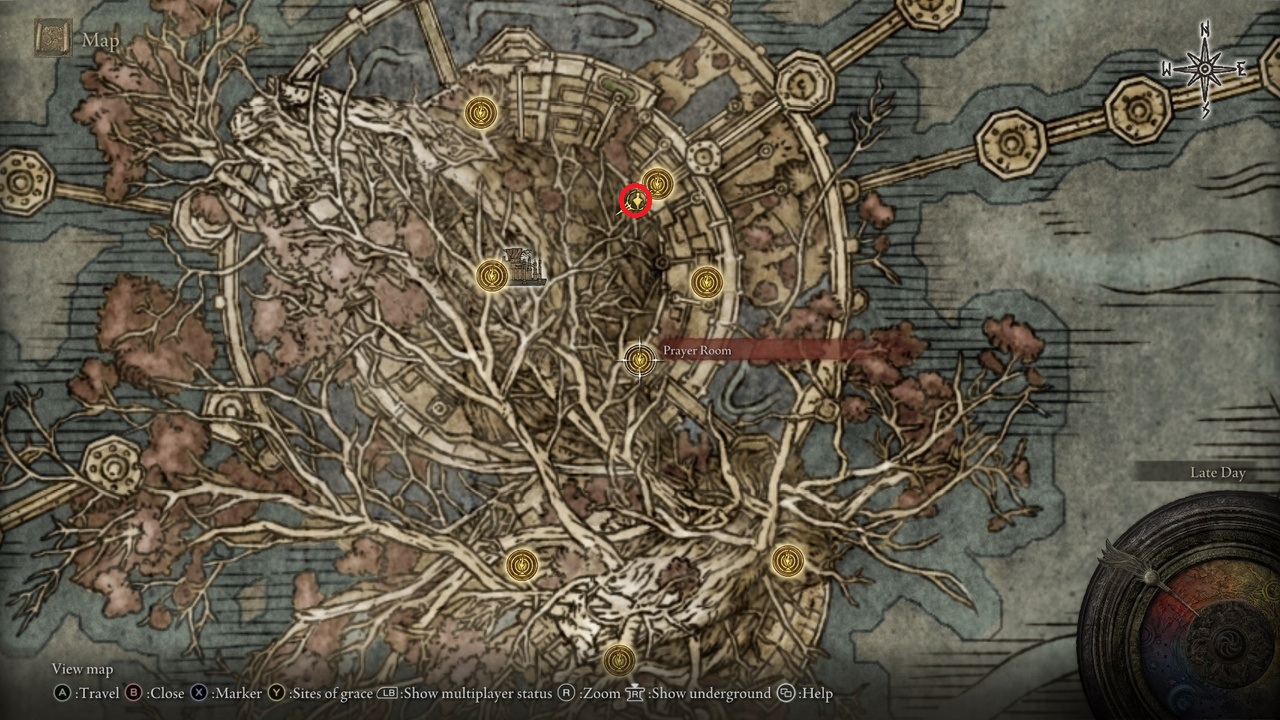 A Cleanrot Knight who carried Malenia to the safety of Haligtree after her battle with Radahn at the Aeonia region in Caelid. She’s a balanced summon who has access to an array of tools including melee and ranged attacks, she will also generally buff her team members before the battle starts. Her spirit ashes can be found near a gazebo at Elpheael, Brace of the Haligtree. This is a secret area that can be reached via the teleporter in Ordina, Liturgical Town of the Consecrated Snowfields, which can be gotten to via using the Haligtree Medallion at the Grand Lift of Rold. 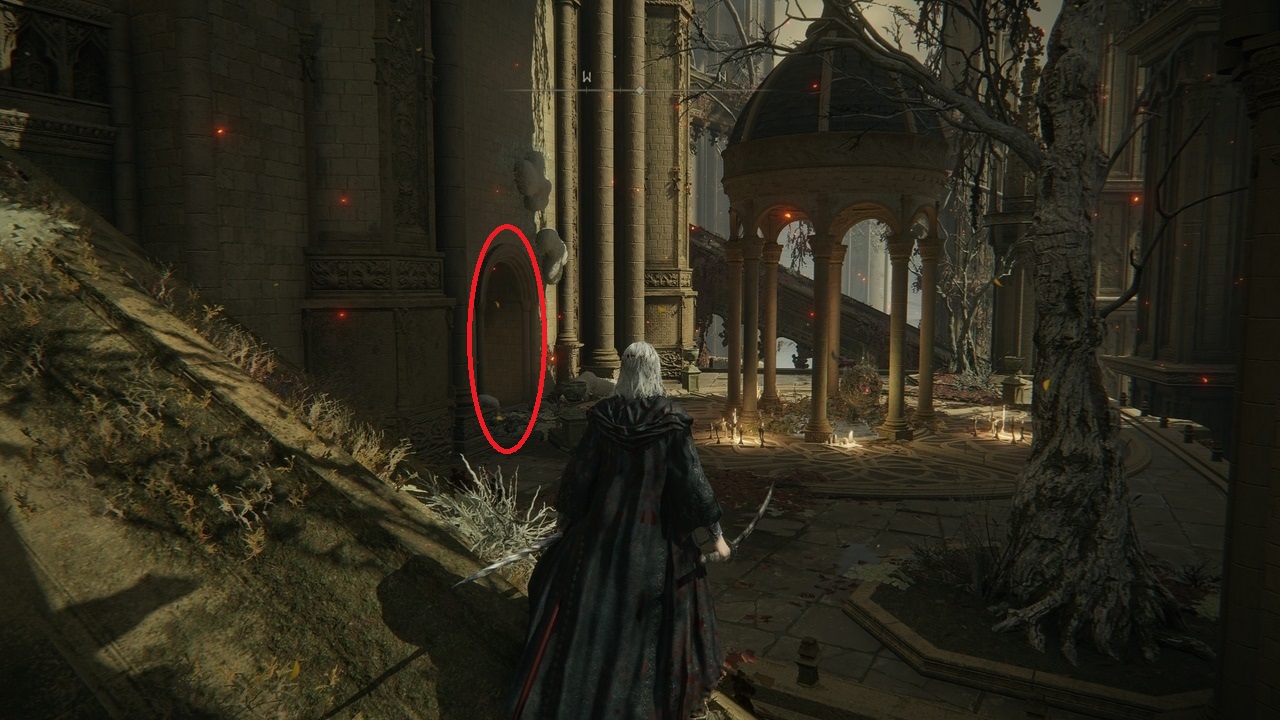 After reaching the Prayer Room Site of Grace in the Haligtree area, keeping head straight whilst fending off the Haligtree soldiers and spear-wielding troops. You’ll eventually reach an intersection with both stairs leading upwards and downwards, head down and you’ll see a soldier by some white cocoons, holding a torch looking over the fence. Dispose of him and jump over the fence to the interconnected scaffolding leading to a bridge column. Before you move, look to the side and there will be a gazebo with a Crimson Teardrop Scarab, jump to the platform with the gazebo. To the west is a room with a soldier and a Cleanrot Knight standing guard. Defeat them to claim the chest inside containing the Spirit Ashes for Finlay. She costs 127 FP to summon in battle. 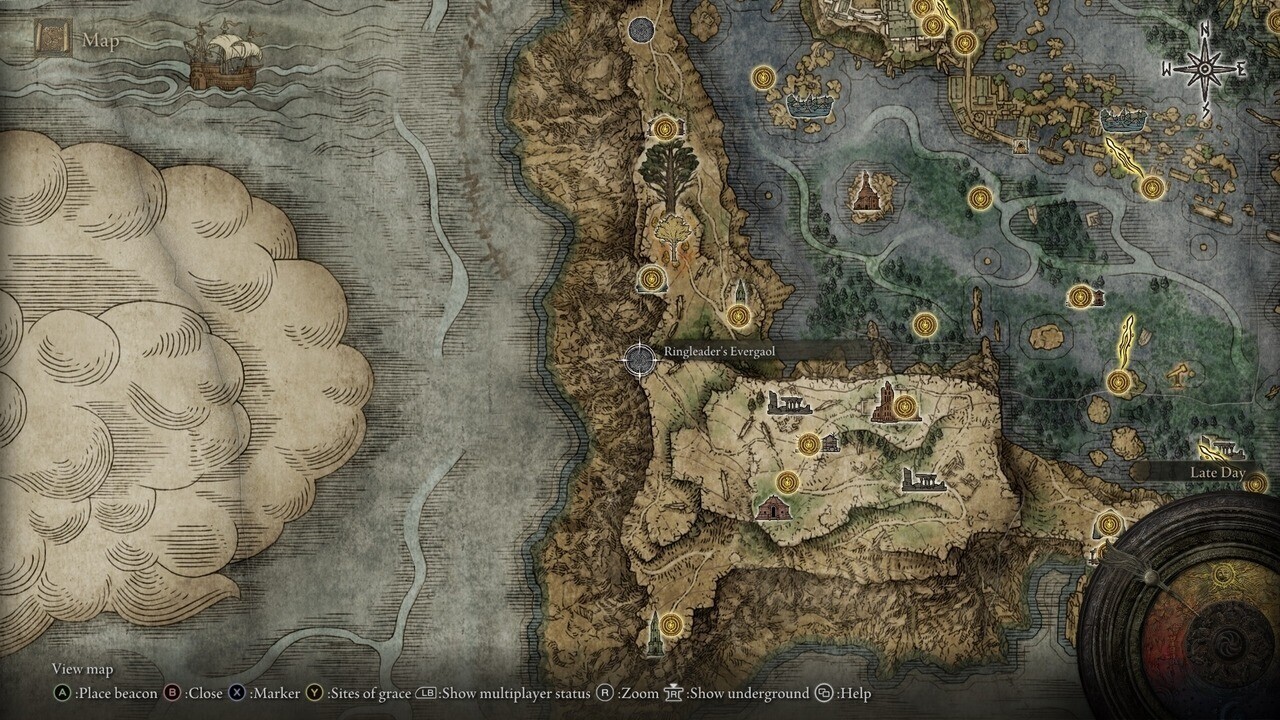 Black Knife Tiche is one of the black knife assassins that participated in the Night of the Black Knives, which led to the death of Godwyn, the first demigod. True to the notorious reputation belonging to her group, Tiche is capable of firing off projectiles with her knife that would inflict percentage based on her opponent’s HP, shaving away more health the more that her opponent has. The Spirit Ash for Tiche can be gotten from defeating Alecto, a boss who can be fought at Ringleader’s Evergaol. The jail is at the northwestern edge of the Moonlight Altar region, which is unlocked upon reaching the later parts of Ranni’s questline. She costs 132 FP to summon in battle. 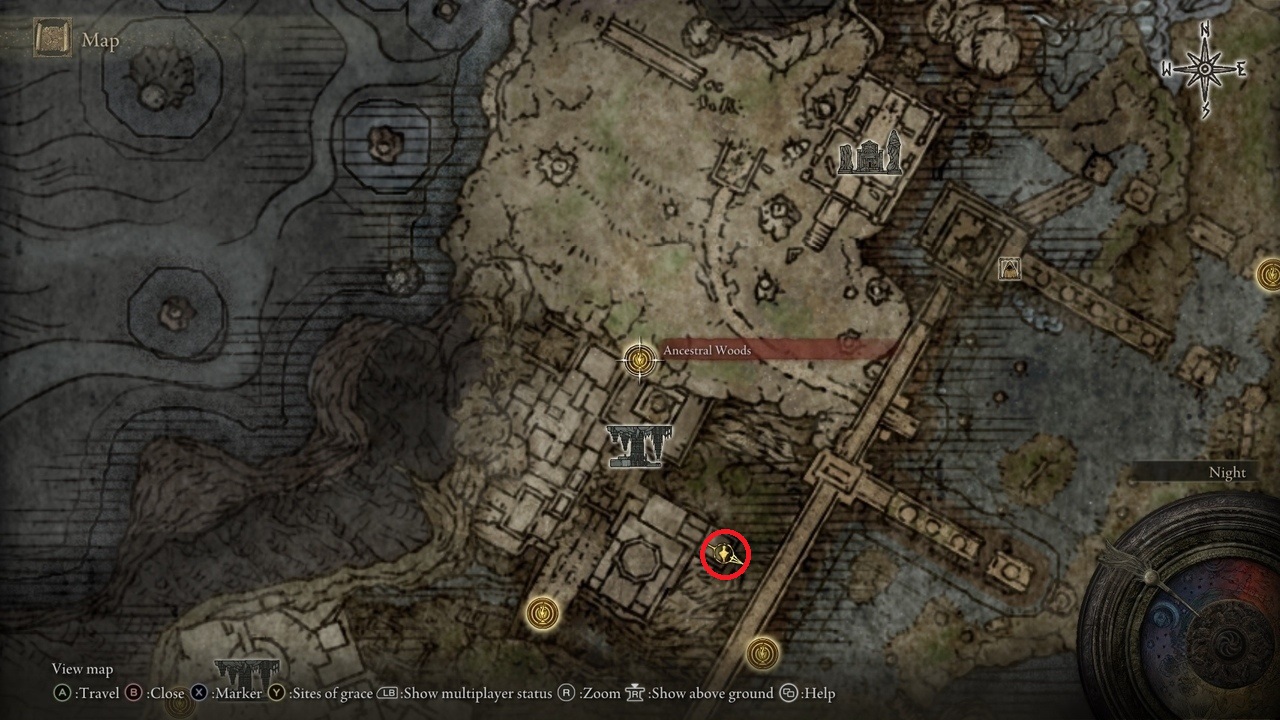 Mimic Tear is of much renown in the player base due to the immense power that it exhibits after copying the player’s appearance and equipment. Despite Mimic Tear no longer maintaining the glory of its former days as a result of nerfs, it is also the only legendary spirit ash that is summoned with HP instead of FP, costing 660 HP. Its spirit ashes can be gotten from a chapel near Night’s Sacred Ground in Nokron, with access to it requiring a Stonesword key.

To reach Nokron, players will first need to beat Starscourge Radahn. Upon doing so, descend the gaping hole that is formed to the south of the Mistwood Ruins. After a certain amount of platforming, players will reach Nokron. After defeating the Mimic Tear Boss, players will find themselves on top of a bridge. veer off the left once you’ve reached a collapsed portion of the bridge leading to a clearing. A bit ahead is the Ancestral Woods Site of Grace. 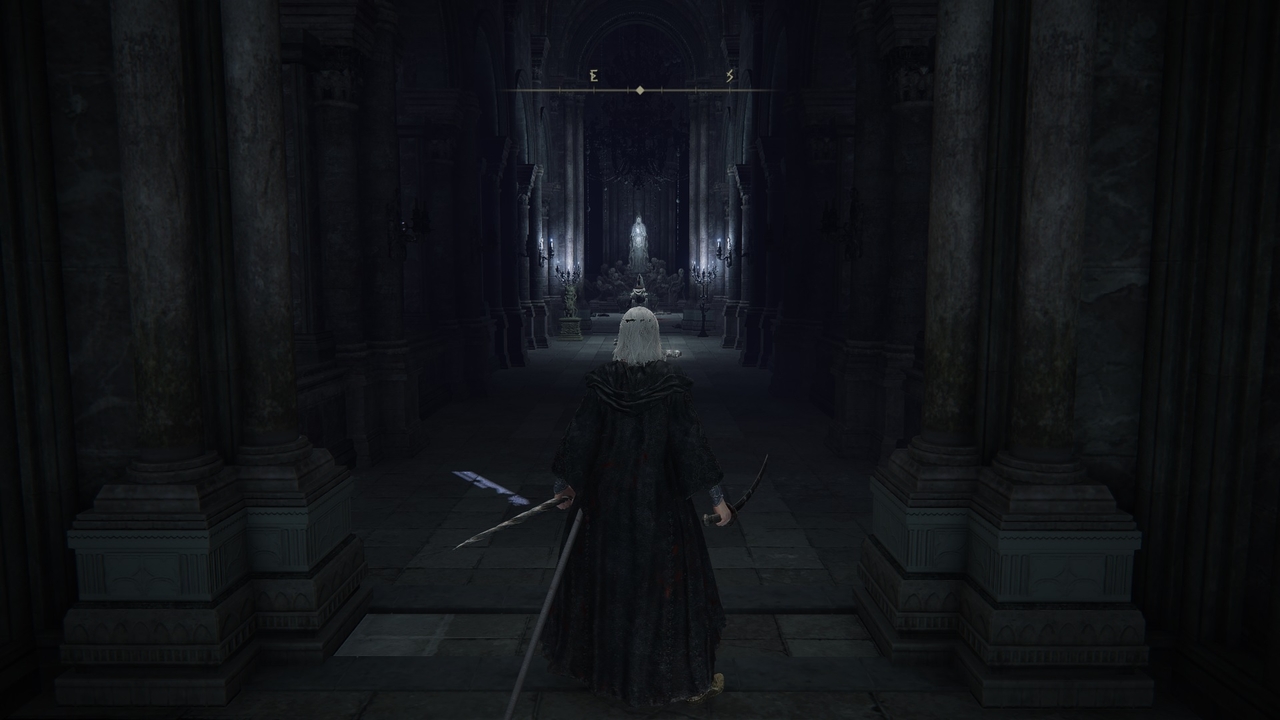 From the Ancestral Woods Site of Grace, players will have to do more platforming across an array of buildings, while having to fend off the silver tears guarding the rooftops. They’ll eventually reach a crumbled bridge leading to the windows of a large chapel-like building. Jump through the window and head upstairs. To the east is a long corridor stretching inward, with a room veiled off by fog as a result of the imp statue. Use a Stonesword Key to remove the fog and defeat the Swordstress inside. In front of her is the chest containing the spirit ashes for Mimic Tear.

That about covers all of the Legendary Ashen Remains in Elden Ring, players should feel free to pick and choose between the selection to see which one suits their playstyle the most. After all, the effort that’s spent collecting all of these spirit ashes scattered across the world shouldn’t go to waste.

Attack of the Fanboy / GAME GUIDES / Elden Ring: All Legendary Ashen Remains & How to Get Them