Elden Ring Moonveil Katana Location: How to Get the Best Katana in Elden Ring The Moonveil Katana is a weapon that’s making strides in the Elden Ring community, with a considerate interest as to the location of the sword as a result. The weapon with its capacity to fire off beams of light in the form of projectiles has proven to be a boon for Tarnished with an interest in the practice of sorcery and the wielding of advanced armaments (int/dex builds). This combined with the substantial damage that the weapon is capable of dishing out has made it rather sought after. This guide will elaborate on the place where it lies and the procedures affiliated with getting the katana in question.

How to Get the Moonveil Katana in Elden Ring

The Moonveil katana is a drop from the boss Magma Wyrm in Elden Ring, the location being Gael Tunnel. A mining site that falls on the border between Limgrave and Caelid. The first thing of importance is obtaining access to the entrance. Gael Tunnel is located to the east of Summonwater Village and the south of Rotview Balcony. To get there, follow the main road from Summonwater Village, which will eventually lead into darkened, red soil. This is an indicator that the player’s reached the region of Caelid.

Follow the main road and avoid or deal with enemies along the way. Soon after the player will arrive at a charred wall, barring further entry. jump across it and head further inward, this will lead the player to the site of Grace for Rotview Balcony. Upon resting, players should head to their right on horseback, hugging the cliffs as they venture down to the South. The location that is being sought after will be a level down the gathering of empty coffins, at a mining tunnel with Redmane soldiers guarding the perimeter. Sneak around or deal with them as required, and the player should find themselves in Gael Tunnel. Upon entering, players will have to deal with a few more soldiers. Defeating them will give players the affordances to parkour into the depths of the mine, using the protruding platforms along the side of the pit. This will land the player at the corresponding site of Grace for the dungeon at hand. Players will have to plow through even more soldiers, with the addition of miners as they trek deeper down into the area. Upon reaching some stairs, players should drop down and head to the left. This will bring the player to a room with a set of large wooden doors, secluding the boss encounter.

Before tackling the Magma Wyrm, players should open the smaller door that stands directly in front. Opening them will grant the player an additional site of Grace, at the Rear Gael Tunnel Entrance, alongside an encounter with Alexander, if you’ve freed him from his predicament in Limgrave. Talk to him and exhaust his dialogue to further his quest, and after having done so, open the barricaded gates to attempt the boss fight. 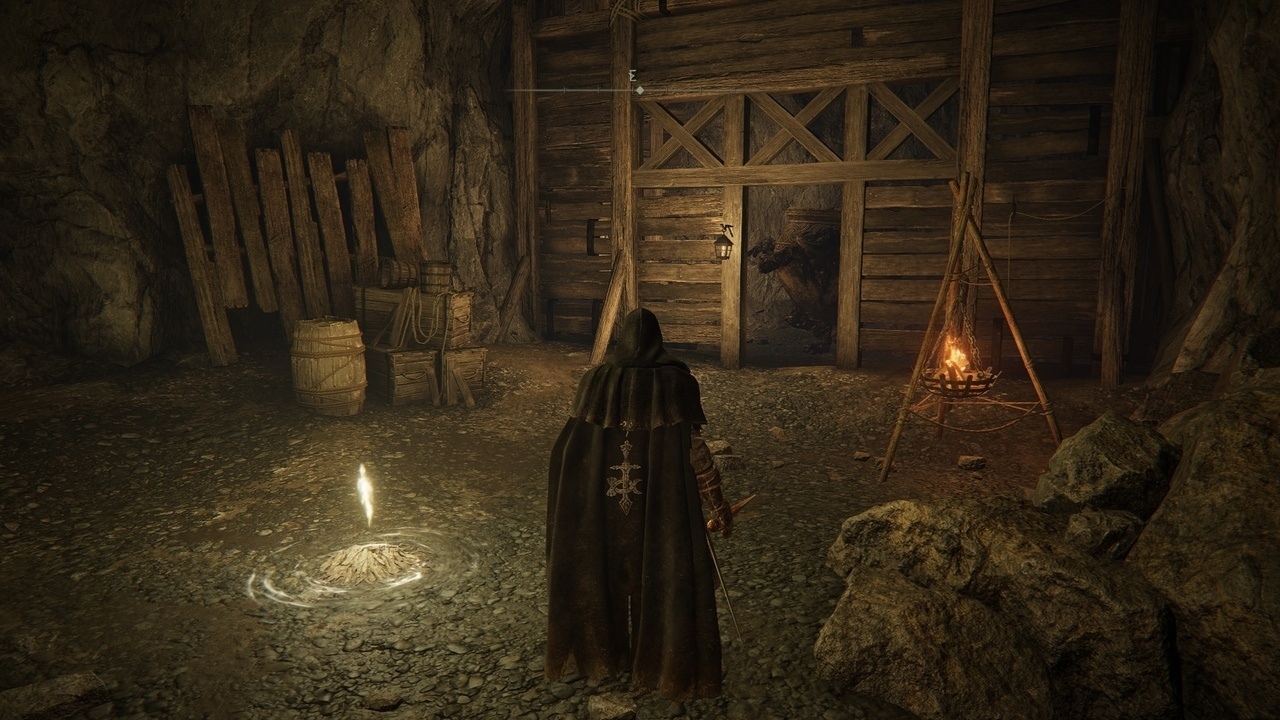 The Magma Wyrm is a difficult encounter that will test players who are still early into their playthrough of the game. As per tradition with all Fromsoft bosses, remembering its attack patterns and approaching only when it’s safe will get the player a long way. The main thing to keep in mind is the magma that it spews as it slides across the surface of the boss arena. Players preferably should not engage in combat during such attack patterns but instead, watch their footing as they lead the Magma Wyrm so that safe spaces are still kept intact. It is allegedly stated that the boss is weak towards sorceries which can lead to a quick shattering of poise, leaving it open for critical attacks. This is an approach that can be considered.

If the Tarnished has proven the victor in their encounter with the Magma Wyrm, then their prize will be 7500 runes, a dragon heart, and the highly coveted Moonveil Katana. with an 18 point requirement of dexterity and a 23 point requirement of intelligence, the weapon will prove rather demanding to players without the corresponding stat allotment.

Attack of the Fanboy / GAME GUIDES / Elden Ring Moonveil Katana Location: How to Get the Best Katana in Elden Ring