Looking for an easy way to earn an insane amount of Runes in Elden Ring? Runes are the lifeblood of your Elden Ring journey, allowing you to level up your character, increase your attributes, and purchase things from vendors. They can be hard to come by, especially when you’re trying to power level a certain stat or purchase things like Arrows in bulk from a vendor. Thankfully, there’s an easy way to get a ton of Runes really fast that doesn’t involve running any Rune farming routes. Killing the sleeping dragon in Elden Ring will reward you with 74,000 Runes and a whopping 5 Dragon Hearts, so here’s what you need to know to get started.

Where to Find the Sleeping Dragon in Elden Ring

The sleeping dragon is located just outside Fort Faroth in the Caelid region to the east of Limgrave. You can ride there on Torrent if you’ve already been to Caelid before, or you can head over there from Limgrave and ride past all the powerful enemies if you’re not strong enough to fight them yet. You can see the exact location on the map below. 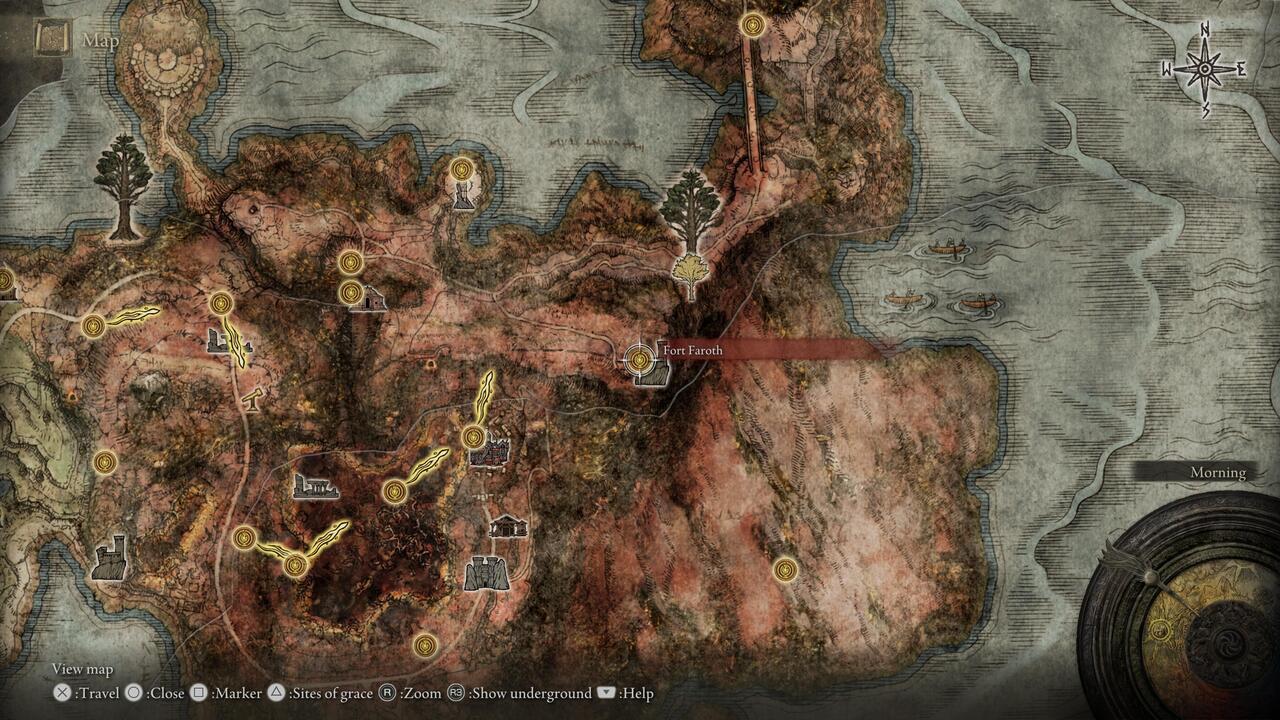 If you’d rather not ride through the entire Caelid region to reach the fort, you can also take a shortcut that involves beating an easy boss in Limgrave. If you kill the Tibia Mariner in Summonwater Village in northern Limgrave, you will receive a Deathroot. You can then speak to an NPC named D nearby and he will offer you an introduction to Gurranq, the Beast Clergyman. Accepting this introduction and taking the nearby teleporter will send you to the Bestial Sanctum in Caelid.

Once you’ve arrived at the Bestial Sanctum, head inside and unlock the Site of Grace. Then, hop on Torrent and ride south until you reach the Farum Greatbridge Site of Grace. Continue across the bridge and ignore Flying Dragon Greyll on the bridge and the Putrid Avatar by the Minor Erdtree. Near the Minor Erdtree is a Spirit Spring that you can use to launch yourself into the air.

Should You Kill the Sleeping Dragon?

Despite its size and stature, the sleeping dragon is an easy kill. You should absolutely kill it because the rewards are insane, especially for players who are still early in Elden Ring. It has a ton of HP but it won’t fight back as long as you don’t attack the head, which will cause it to wake up and roar, alerting the other sleeping dragons nearby that can actually harm you. If you keep chipping away at the sleeping dragon’s HP, it will eventually die, rewarding you with 74,000 Runes and 5 Dragon Hearts.

To make this process easier, it’s recommended to use a weapon with Bleed damage or blood loss buildup. Bleed damage is ridiculously strong in Elden Ring, causing enemies to take a large amount of additional damage every few hits. Once the dragon is defeated, hurry back to the Fort Faroth Site of Grace and spend those Runes.