Ensha of the Royal Remains Boss Guide: How to Beat Ensha in Elden Ring 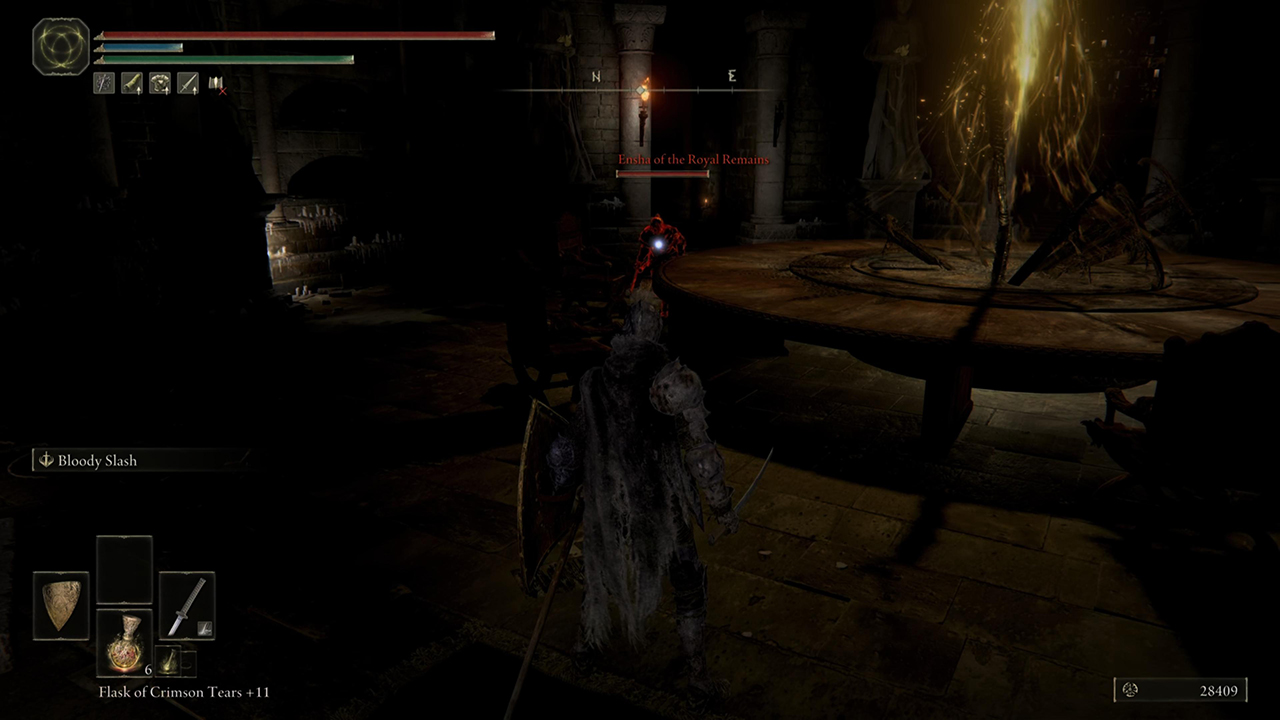 Elden Ring players who managed to get either the right or the left half of the Haligtree Secret Medallion will have a surprise waiting for them when returning to the Roundtable Hold, as Ensha, the silent NPC normally featured outside Gideon Ofnir’s office will be waiting for you as an invader. With that said, and to help all of those currently struggling to defeat them, here’s how to defeat Ensha of the Royal Remains in Elden Ring.

How to Beat Ensha of the Royal Remains in Elden Ring

First of all, when facing Ensha, and all other human-sized enemies in the game, using a Katana will give you a great advantage, thanks to their ability to deal massive damage at high speeds and apply status ailments to enemies. With that said, the fight will begin immediately after you spawn at Roundtable Hold, but don’t be alarmed and wait for Ensha, as you will already be in the best spot to face them.

Upon seeing them, you will be able to easily defeat the invader by first using the chairs to lock them in place and then dealing high damage, with either your weapon’s Special Skill or an incarnation. Once you attack hits, we recommend that you stay on the offensive, as Ensha will make use of high damaging incantations capable of dealing AoE damage if given the time.

Ensha will also stay highly mobile throughout the whole fight while alternating between close-range attacks, a grab, incantations, and jumping attacks, so stay close and focus on dealing as much damage as fast as possible while avoiding the grab. For those currently struggling to deal with the magic attacks, if you stay close and dodge forward, you will be able to avoid all gravitation orbs while also gaining an opportunity to attack.

After the fight, you will be able to get Ensha’s gear by heading to the spot where they used to be.

Attack of the Fanboy / GAME GUIDES / Ensha of the Royal Remains Boss Guide: How to Beat Ensha in Elden Ring