When you gotta go fast and execute that crucial pass in the game. 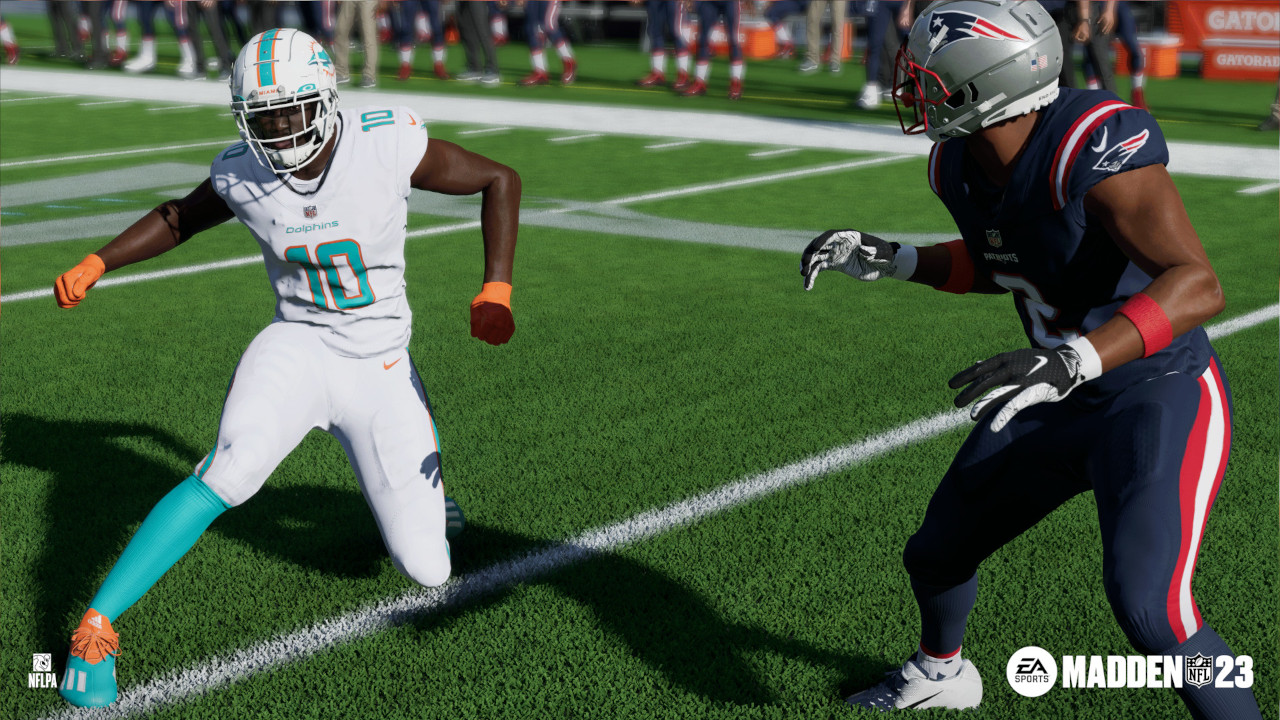 Wide Receivers serve a crucial role for any NFL team, and it’s no less true in Madden NFL 23. The Wide Receiver, or WR, is a key component to the offensive lineup, standing at the outermost sides of an offensive line with the hopes of breaking through lines, running downfield, and receiving a pass to get yardage or execute their specialty: scoring touchdowns. The newest roster of EA Sports’ American football simulator boasts some fantastic WRs for you to choose from, many of whom feature some blistering Speed (SPD) stats allowing you to plan your plays to score effectively. Read on for our list of the Fastest Wide Receivers in Madden 23!

Who Are the Fastest WRs in Madden 23?

Much like how we have listed our fastest Running Backs (RBs) and Quarterbacks (QBs) we have listed the top 10 fastest Wide Receivers (WRs) in Madden 23 in descending order from highest to lowest Speed (SPD). In evaluating their speed about how well they carry themselves on the field, other factors are considered as well, such as their Acceleration (ACC), Agility (AGI), Change of Direction (COD), and Overall Rating (OVR). This allows us to further determine the strongest balance of speed among other attributes to give you the best possible WR options in the game. The list goes as follows:

Who is the Best of the Fastest Wide Receivers in Madden 23?

From reading the list, it doesn’t take much analysis to see that Tyreek Hill is the clearest winner of the ‘gotta go fast’ award, with an amazing OVR of 97, blistering speeds of 99, along with 99 ACC, 98 AGI, and 99 COD. The man plays well and will be a joy for the players of Madden 23 looking for a good Wide Receiver who is agile and can juke his opponents when it counts. Hill also has the benefit of making the Superstar X-Factors list, meaning you can use his X-Factor skill to give you a particular edge. But there are plenty of other excellent choices on this list, such as Jaylen Waddle, who also happens to play on the Miami Dolphins along with Hill. Other noteworthy speedsters include Jameson Williams, Quez Watkins, and Marquise Brown.

This concludes our list of the Fastest Wide Receivers in Madden 23!  Be sure to check out our other guides for the game!