Forspoken: Should You Read the Document on the Left, Middle, or Right First?

Which shall it be? 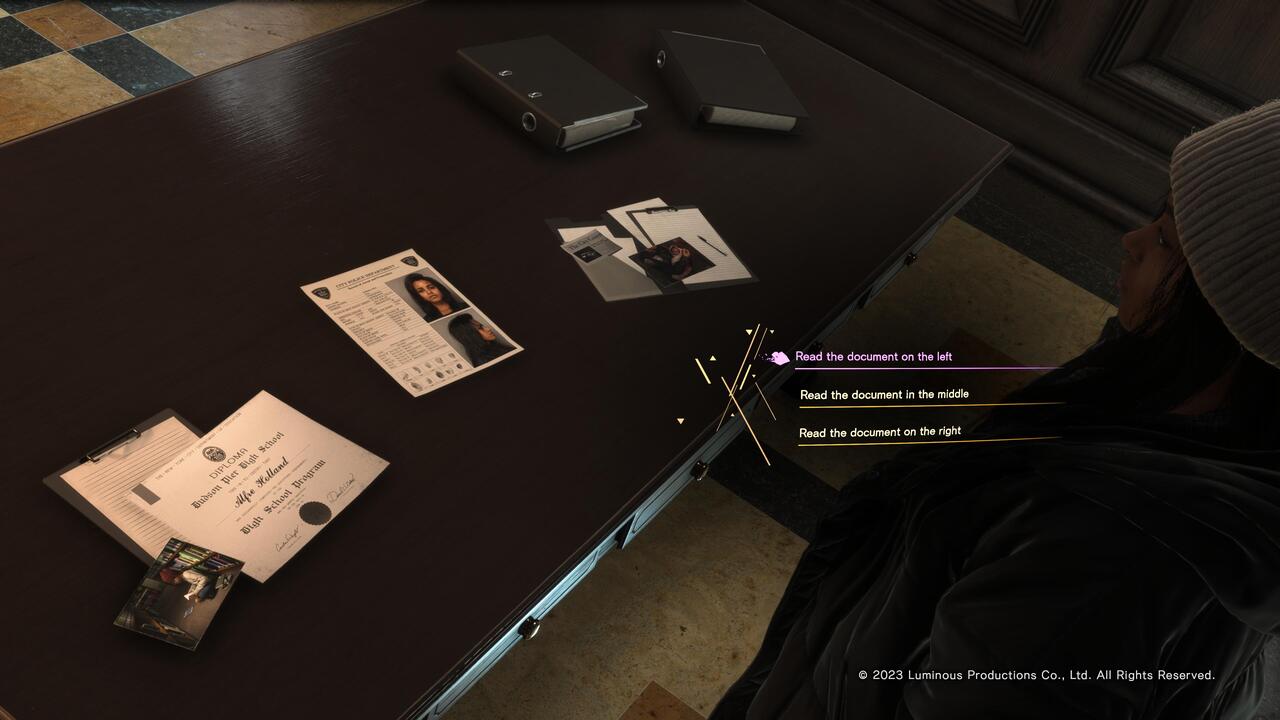 After the decision to pick a vague difficulty, one of the first decisions you’ll need to make in Forspoken is which document to look at. The beginning of Forspoken starts in a courtroom where Frey is on trial for things she has done in the past. There are three documents in front of her. If you have decision paralysis or just want to make sure which decision does what before deciding, here is which document you should pick first in Forspoken.

Which Document Should You Read First in Forspoken?

Though three options are placed before you very early in Forspoken, the trust is that you get to examine all three documents. If you are stuck not knowing which document to select first in Forspoken, know that it doesn’t matter which one you pick first and you’ll get to examine each one of them.

Unlike other choose-your-own-adventure RPGs like New Tales From the Borderlands, most of the decisions you make in Forspoken aren’t game-changing. Feel free to examine whichever document you want first since it won’t matter and you’ll see the other two directly after.

Forspoken is available now for PlayStation 5 and PC.

Attack of the Fanboy / GAME GUIDES / Forspoken: Should You Read the Document on the Left, Middle, or Right First?