Genshin Impact 2.5: How to Get the Mask Furnishing

Check out how to get the A Mask furnishing on Genshin Impact's version 2.5 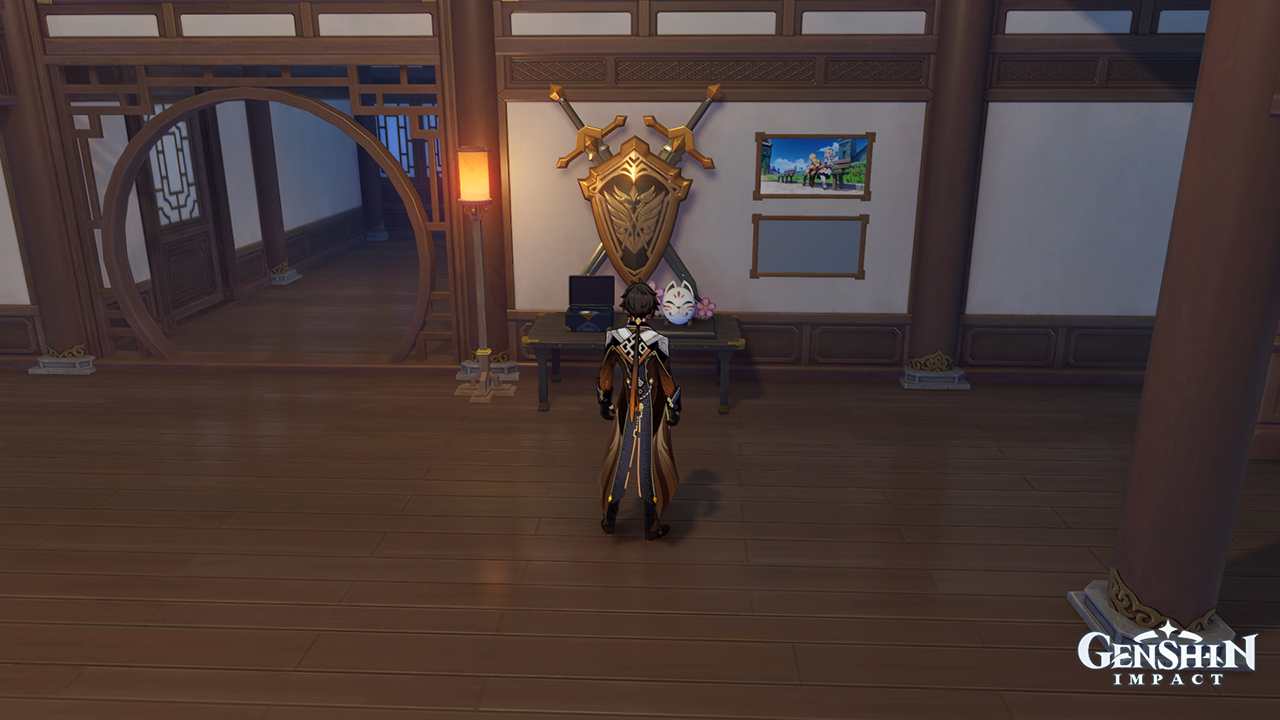 How to Get the Mask Furnishing in Genshin Impact

As we said above, the mask is a memento of the NPC Kazari, who helped Travelers perform the Sacred Sakura Cleansing Ritual, as part of the world quest of the same name. With that said, players can get the Kazari’s Mask furnishing by heading to the Grand Narukami Shrine after having completed the Sacred Sakura Cleansing Ritual world quest. Upon arriving at the location, you just need to talk to Inagi Hotomi, an NPC located at the entrance of the Shrine, close to the Waypoint. Once you talk to her, you will be able to follow up by asking the Shrine Maiden about Kazari, which will prompt her to give you the ”A Mask” furnishing after a short dialogue. After getting the new Serenitea Pot decoration, you just need to go to your Serenitea Pot and place it. To recap, here’s how to get the A Mask furnishing in Genshin impact:

Attack of the Fanboy / GAME GUIDES / Genshin Impact 2.5: How to Get the Mask Furnishing