Continue to grow by ascending to higher levels. 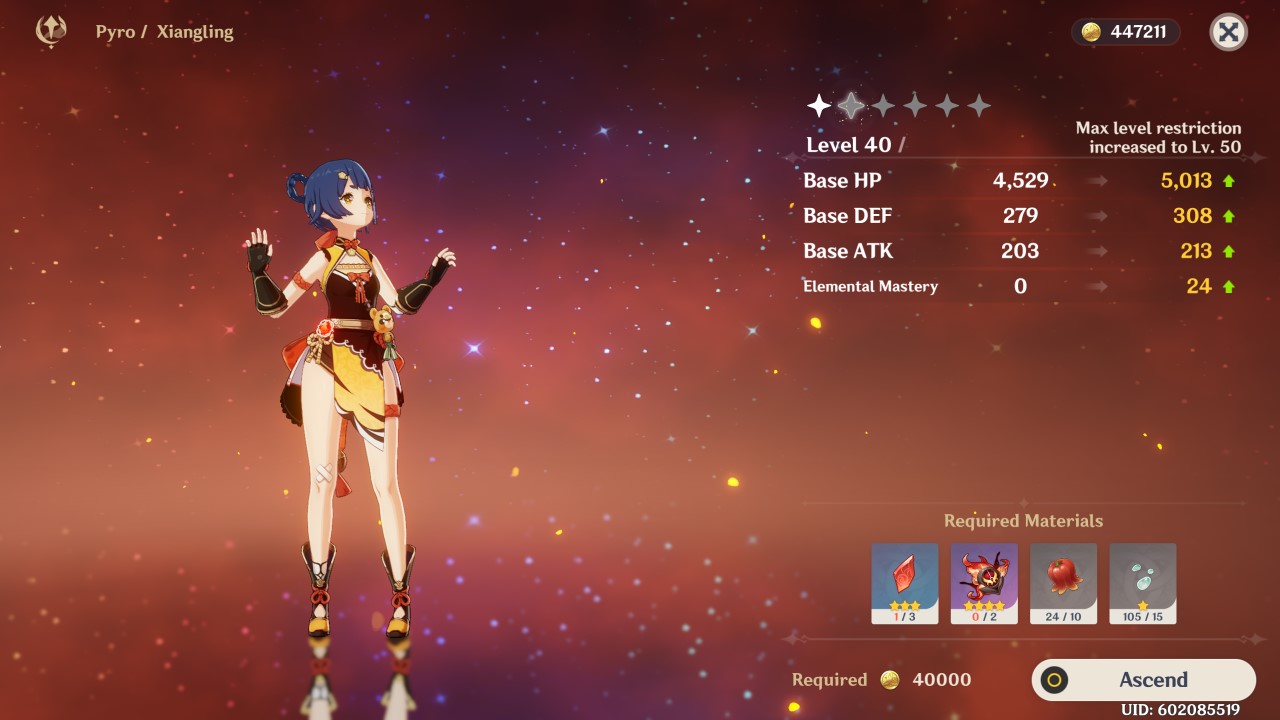 Let’s start with the first hurdle you’ll have to clear in Genshin Impact before ascending a character: Adventure Rank. Characters will be capped at level 20 until you reach Adventure Rank 15, so let’s break down what we know:

You can tell what tier a character is by the stars under their name. No stars is tier 0 (base level cap of 20), and so on and so forth. Character Ascension doesn’t just boost a character’s base stats and raise their level cap; it also unlocks the ability to improve combat talents at certain tiers (passive talents will automatically level when their associated Ascension tier is reached). Character Ascension in Genshin Impact requires materials found from bosses in the world, though the initial materials for tier 1 are found in both the souvenir shops and drop from normal bosses. Tier 2 and higher will require materials dropped from the various “Elite” bosses in the world, and you’ll need 40 Original Resin to claim the rewards per boss (you can fight the bosses without Resin).

If there is one bit of good news, the basic crystals are easily farmable from normal bosses, and can be “crafted” into higher tier versions via Alchemy. You’ll need to be the same Adventure Rank as the Character Ascension tier you are trying to unlock to craft the requisite improved crystals, yet you won’t have to burn Resin on grabbing crystals if you don’t mind a grind. Elite materials though . . . yeah, Resin.

One final note on Character Ascension materials in Genshin Impact: they will always match the character’s element (the main character aside, who gets their materials from Adventure Ranks and story quests). So, if you are trying to ascend a Geo character you’ll focus on Geo bosses. This means you can focus-fire your grind. You can also click an item from the Ascend tab in the Character menu to track down the explicit drop/shop locations. There are also some basic items tied to Ascension (such as harvestable plants), but these will not be an issue to farm. Focus on the boss crystals and items – they’ll be your largest barrier to Character Ascension.