Genshin Impact: Collei vs Dendro Traveler | Who is the Best Support?

Check out who you should build 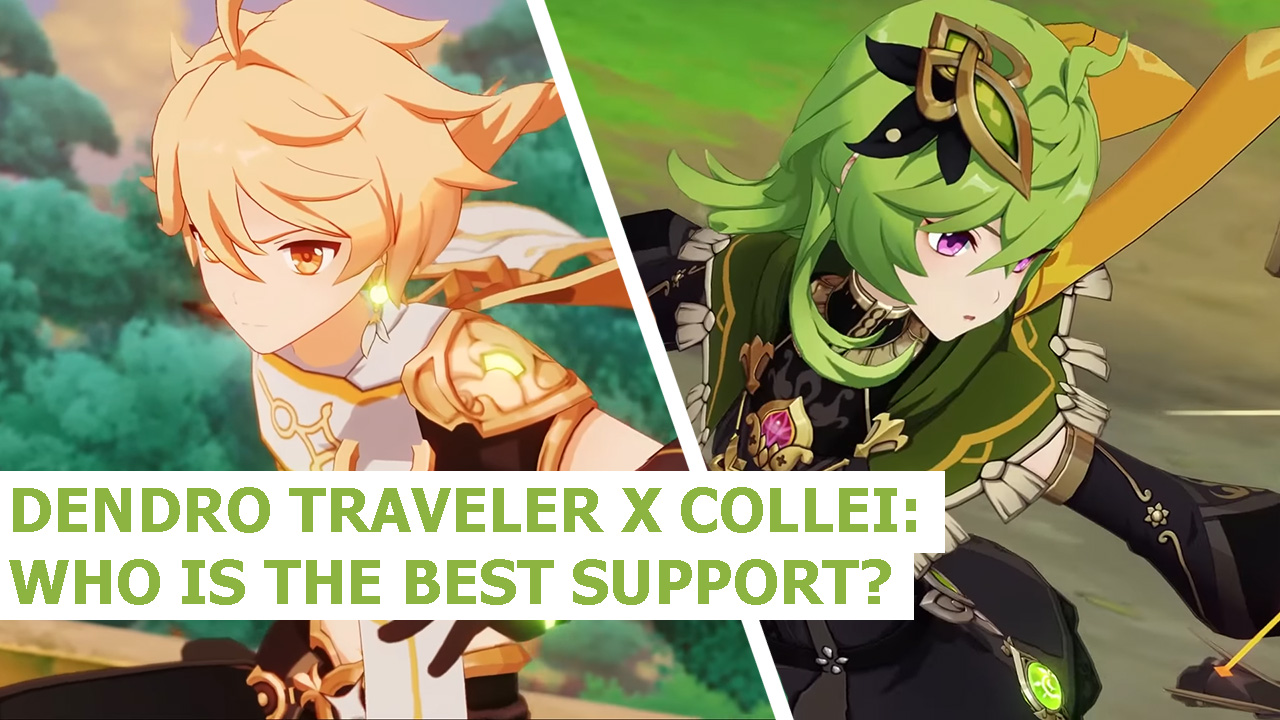 Currently, apart from Tighnari, which is an on-field DPS, the only Dendro characters available in Genshin Impact are either the Dendro variant of the Traveler and Collei, both of which possess pretty similar kits, which allow players to apply constant amounts of Dendro to opponents. But taking into account the similarity between their sets, unless you are looking to build either a triple Dendro team or are, in preparation for Nilou’s arrival, making sure to be ready to keep your targets almost permanently affected by the element, there’s no use to build both of them. But then, who should you prioritize? Now, to answer that and more, here’s who’s the best support between the Dendro Traveler and Collei.

As usual, before any verdict is made, it is vital to understand both the similarities and the differences between the Dendro Traveler and Collei’s kits, as, even though both are capable of generating the same results, a few key aspects really stand out. An example of that can be seen in their passive talents, as the Traveler’s are focused partially on increasing the team’s overall EM, while Collei’s are completely focused on increasing her damage and Burst duration.

With that said, although both of their Elemental Skills, Razorgrass Blade (Traveler), and Floral Brush (Collei) have the same overall effect, the Traveler’s lower cooldown allows you to make use of the ability more often.

Elemental Burst-wise, both of them are focused on applying Dendro in a large AoE, but, as their role in a composition will be completely focused on enabling reactions, not in triggering its effects, the comparison, once again, turns in favor of the Dendro Traveler, as their Burst has a bigger range and bigger duration. All while also applying more of the element at short intervals.

Who is the Best Support?

Taking into account everything said above, for the supporting role, we recommend that those in doubt build the Dendro Traveler, thanks to their overall set and the fact that even their passives are better suited for the role when compared to Collei, whose talents are focused on increasing her overall damage above all else.

Attack of the Fanboy / GAME GUIDES / Genshin Impact: Collei vs Dendro Traveler | Who is the Best Support?