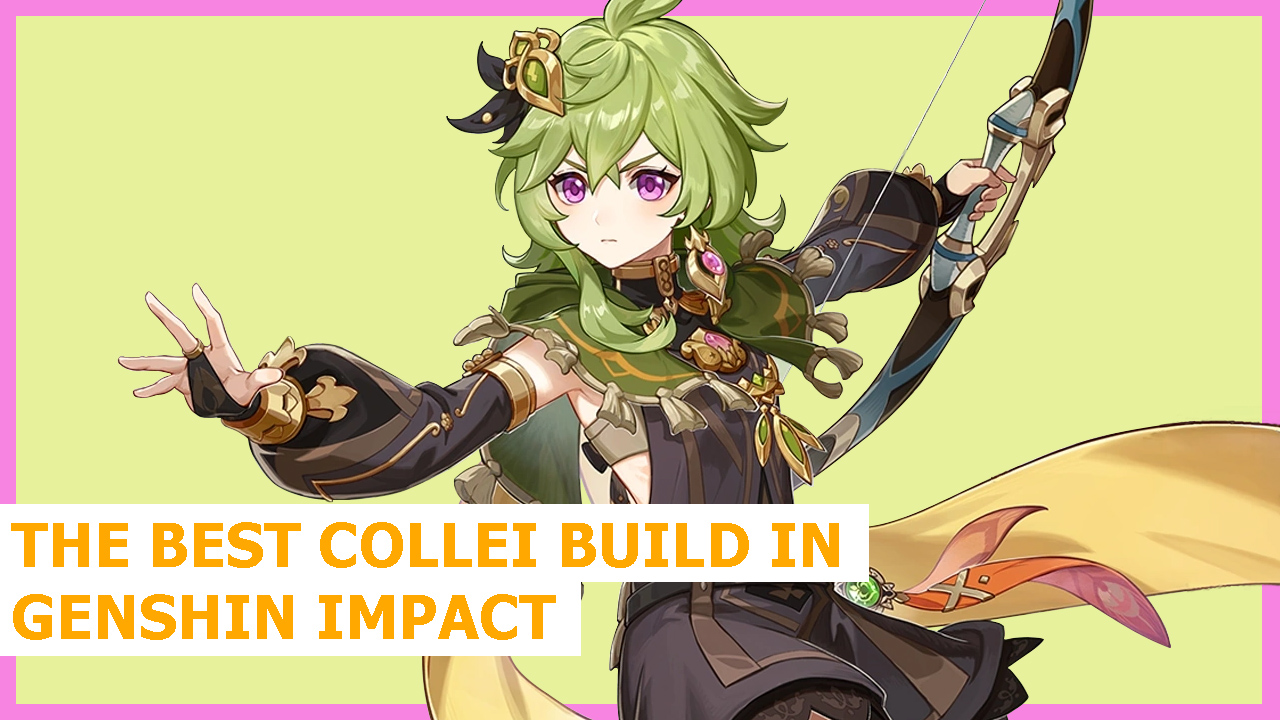 Genshin Impact‘s version 3.0 is here, bringing to players the debut of the region of Sumeru as well as that of the game’s first Dendro playable characters, 5-star Dendro Archer Tighnari, and 4-star Dendro Archer Collei. But how should you build Collei? With that said, and to answer that and more, here’s the best Collei Build in Genshin Impact.

Thanks to her set, as well as the particularities of the Dendro element, the best build for Collei is one focused on allowing her to enable Dendro reactions, mainly Aggravate (Dendro + Electro + Electro), as fast as possible, which will, in turn, increase your team’s overall damage.

With that said, to bring the best out of her, we recommend the use of a 4-piece Emblem of the Sacred Fate set, as the set will give her a good amount of Energy Recharge while also increasing her overall Burst DMG. Overall, we recommend that you focus on ER, CRIT Rate, and CRIT DMG substats.

If you are either building Collei for a Nilou-focused composition, pulled for Tighnari, or just wish to use her as a sub-DPS, we recommend the use of 4-piece Deepwood Memories, as the set will increase her overall Dendro DMG and allow her to efficiently decrease the Dendro resistance of those hit by both her Elemental Skill and Burst.

The Best Weapons for Collei

Taking into account that Collei’s biggest strength lies in her ability to apply and deal Dendro DMG to targets, as well as her short Elemental Burst CD, the best weapon for her is the 5-star Elegy for the End, as the bow will increase her Burst availability thanks to its great ER substat and increase both your team’s overall reaction damage and ATK at fixed intervals, although at the cost of Collei’s own personal DMG.

4-star-wise, our main recommendation will be the use of either The Stringless at maximum refinement, as the bow will give her a good amount of EM, all while massively boosting her overall Elemental Skill and Burst damage, or that of the Favonius Warbow, thanks to its great ER value. 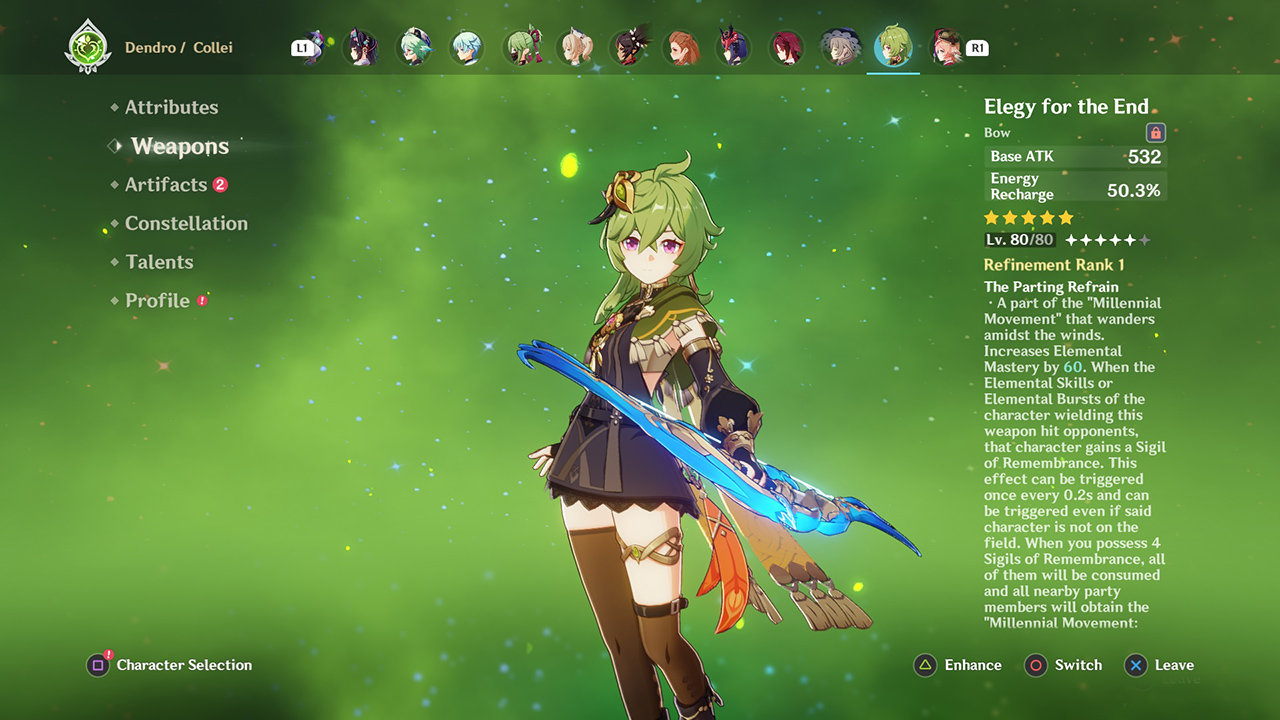 As, for Collei to work in a rotation, you will have to make constant use of both her Elemental Skill and Burst, we recommend that you focus on both of them simultaneously. Taking into account her low multipliers, it is not recommended to level up her Normal/Charged Attacks until you finish leveling up both her Skill and Burst. To recap, here’s in what order we recommend that you build Collei’s talents:

As currently, Collei’s biggest strength lies in her ability to enable Dendro + Electro reactions, we recommend that you make use of teams featuring an Electro Main DPS, such as Keqing and Yae Miko, as well as a focused battery or DMG/EM buffer, such as Fischl, Raiden Shogun, Sucrose, Kazuha, and Kuki Shinobu. For those who wish to increase their survivability, we also recommend the use of a shield support, ideally Albedo, thanks to his ability to offer 125 EM after performing his Elemental Burst.

With that said, here are a few teams sure to bring the best out of Collei: