Collecting the Once Household Flowers of Liyue. 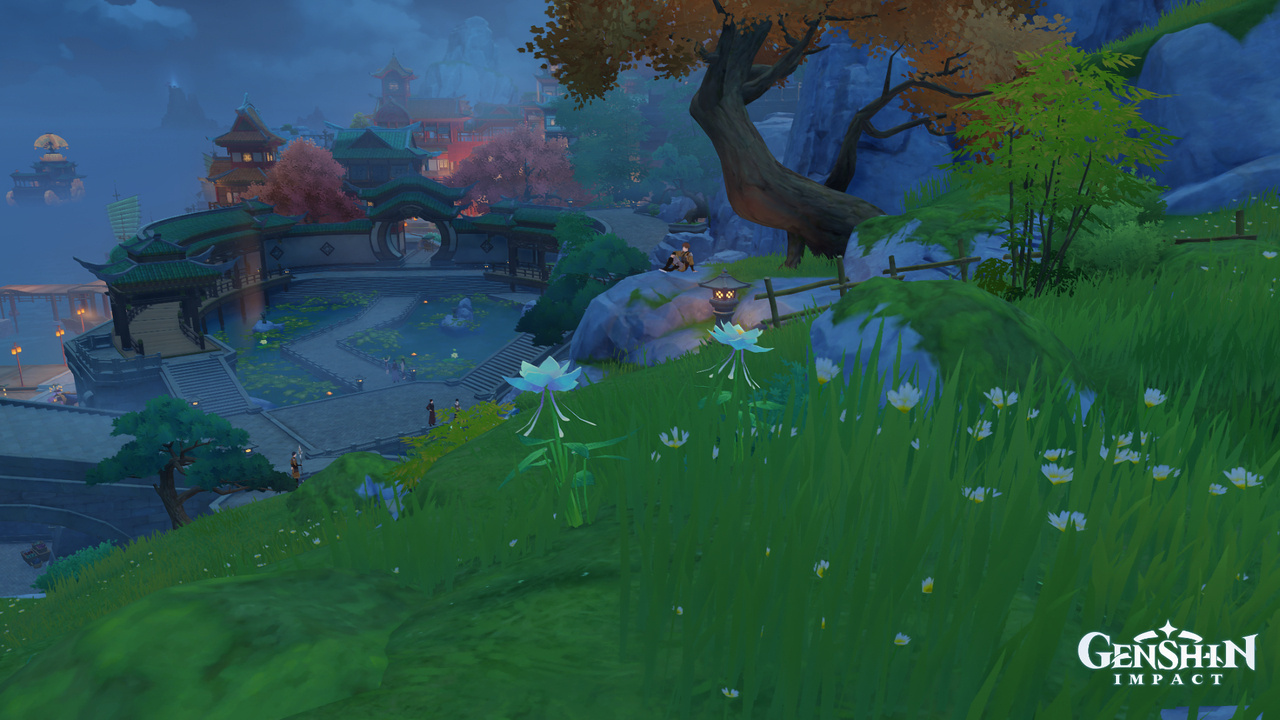 For Genshin Impact players interested in strengthening their Geo character roster, it is difficult to omit the necessity of obtaining glaze lily for a few Liyue-based characters that require them. Local specialties such as these cyan flowers are needed in extensive quantities for the sake of ascending characters, an essential aspect of bettering one’s character and unlocking their full potential. Glaze Lilies are ascension materials required for Ningguang or Yun Jin, and they can be found across a few select regions of Liyue, as this guide will illustrate in later paragraphs.

Where Can Glaze Lily Be Obtained in Genshin Impact

Aside from buying, seeding, and collecting Glaze Lily on a biweekly basis in the Serenitea Pot via chatting with Tubby, glaze lily in Genshin Impact can be found to the west of Liyue Harbor at Yujing Terrace, beside the South Liyue Harbor Waypoint and hiding among the scattered flower plains of Qingce Village. 39 glaze lilies can be obtained across both locations and respawn at a rate of 2 to 3 days. If players are in a rush to collect these materials, they’ll have to enter the world of other people and ask to take theirs.

Teleport to the North Mt. Tianheng Waypoint and make your way to the outskirts of the Yujing Terrace, by a wooden bridge. Go across the bridge and collect the glaze Lilies along the paths, then head south to the protruding rock located at the top left corner of the Yujing Terrace with two glaze lilies on top. Start from the stone path underneath, and skid along the edge of the upper portions of the terrace, as the image would indicate. Players should see silk flowers along the way while collecting glaze lilies. 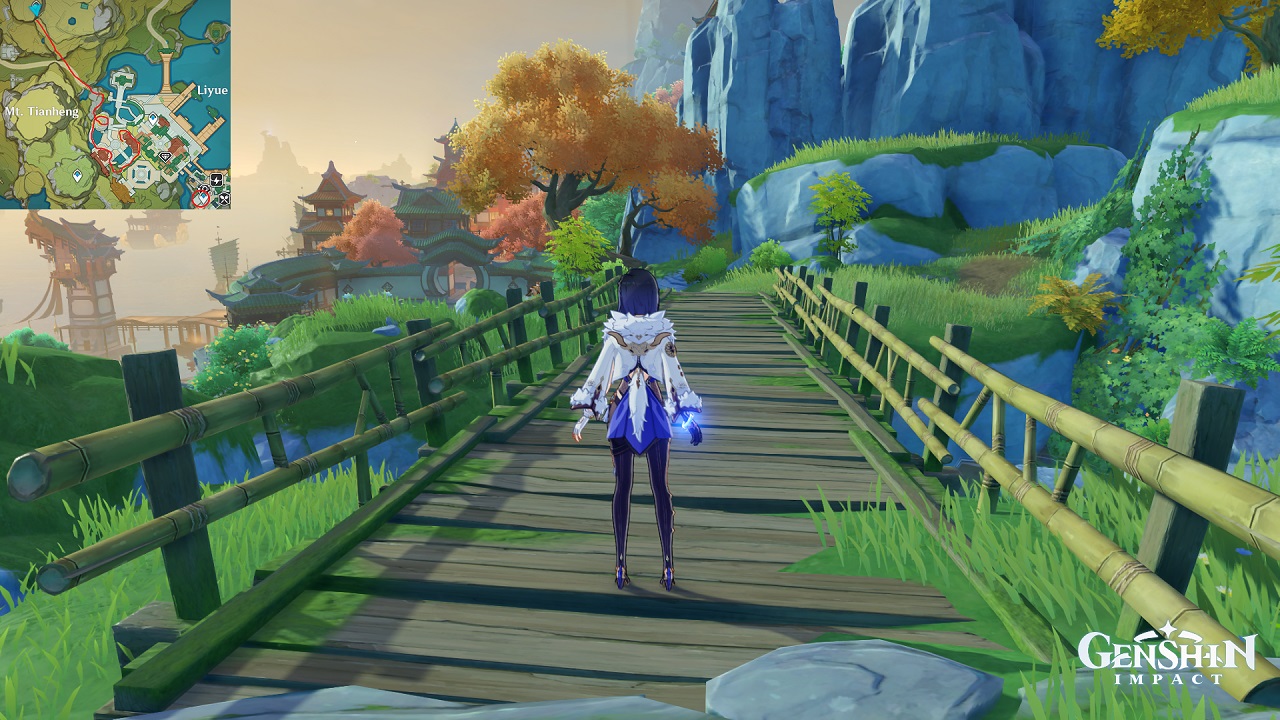 Be mindful of the odd flower located just to the south of the North Mt Tianheng waypoint. A singular glaze lily can be found at the end of a dirt path where two cliffs face nearly intersect.

Remember to grab the glaze lilies beside the South Liyue Harbor Waypoint before you commence work on the second route. You’ll find them dispersed around the trunk of the giant tree.

Teleport to the Qingce Village Waypoint and start rummaging around the meadows down below. The general rule of thumb is that there’ll be one or more glaze lily planted within such fields, with few exceptions. Stop along the meadows that the red line has drawn across in the image and keep an eye out for blue flowers glittering among the yellow, orange, or red terrace. 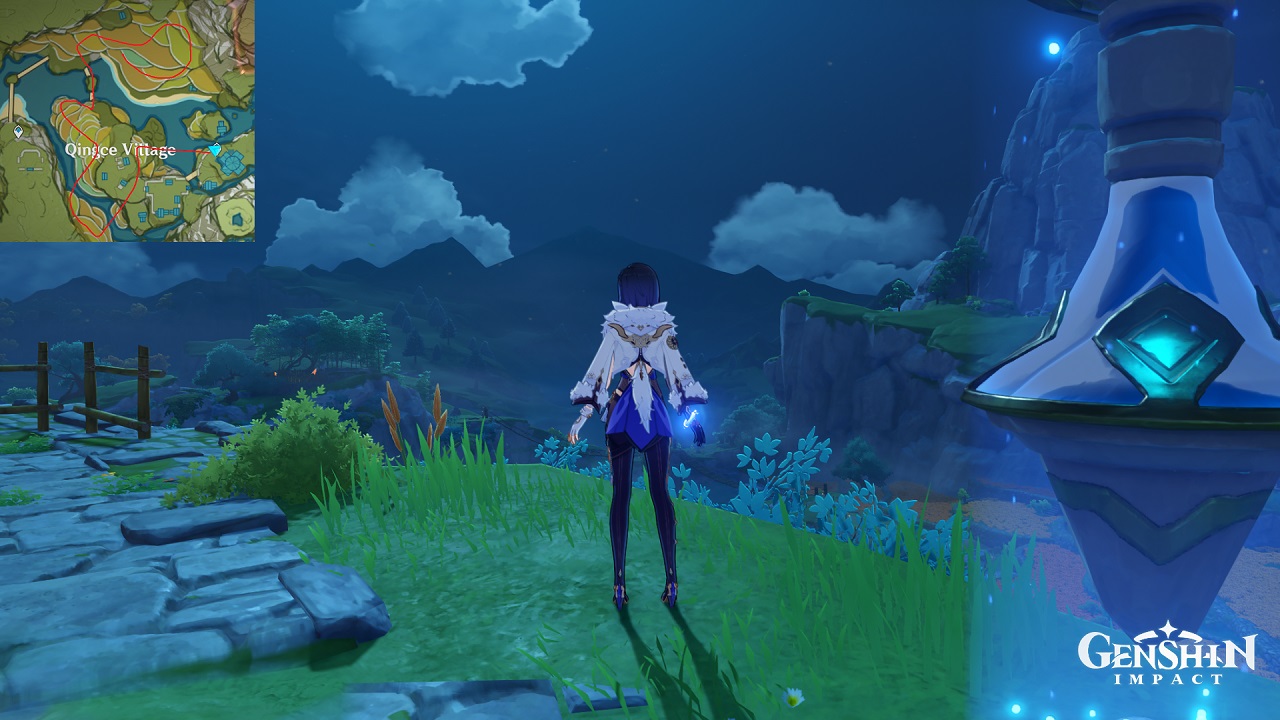 If players have any issues acquiring all the glaze lilies, the official Genshin interactive map is a good tool for making sure no flowers are missed along the routes proposed in this article. After all, the spawn rate for local specialties does require patience to wait for, and it’s good to avoid unnecessary downtime between each spawning cycle by picking up all the flowers there are in a world.