Genshin Impact: How to Get the New Lisa and Ayaka Skins 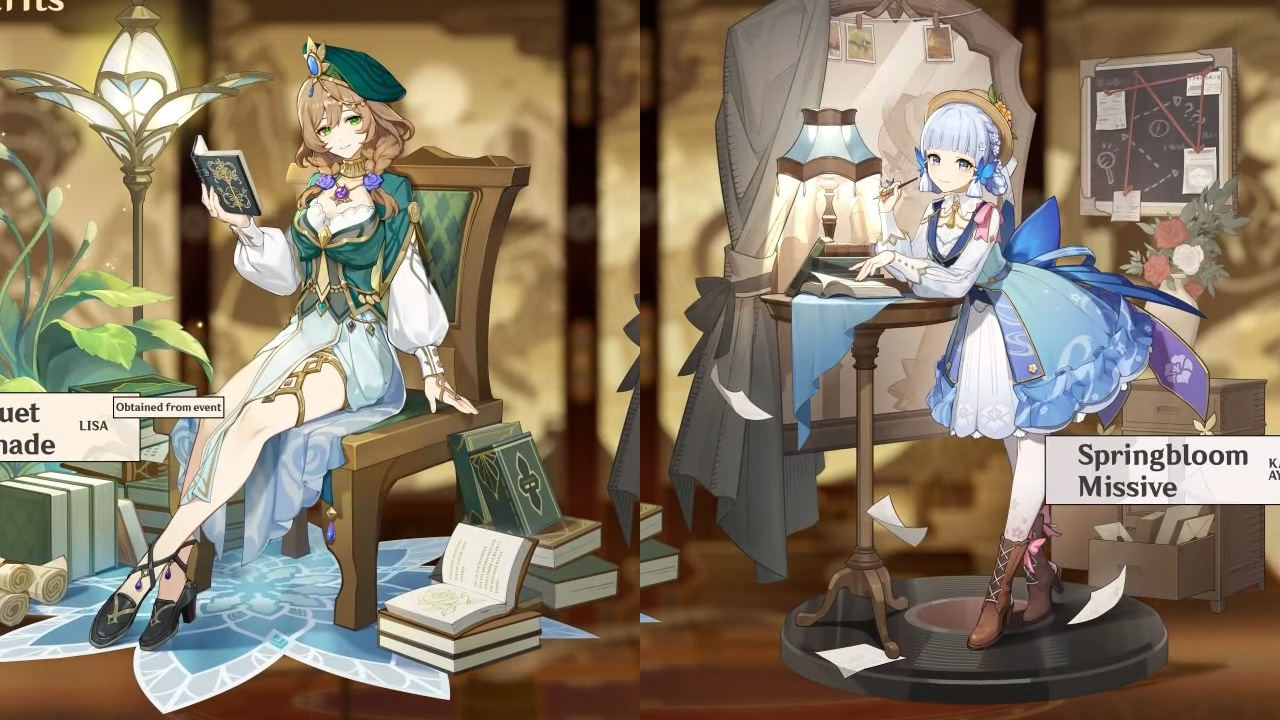 Genshin Impact‘s upcoming version 3.4 “The Exquisite Night Chimes” is set to bring to the game this year’s Lantern Rite Festival, the debut of 5-star Dendro Sword user Alhaitham and 4-star Polearm wielder Yaoyao. the long-awaited third Hu Tao rerun, as well as the debut of the previously leaked skins for Kamisato Ayaka and Lisa. But how will you be able to get the new skins? Now, in order to help you add both to your collection as fast as possible, here’s how to get both the new Lisa and Ayaka skins on Genshin Impact.

How to Get the New Lisa Skin in Genshin Impact

According to HoYoverse, you will be able to get the new Lisa skin, A Sobriquet Under Shade, for free by taking part in the version’s Second Blooming challenge event. Once the event ends, the skin will become available on the game’s shop at the same price you can currently purchase the Fischl, Ningguang, and Barbara skins (1.350 Genesis Crystals).

The Event is also set to feature Promogems, Mora, and EXP/Ascension Materials as part of its rewards.

Genshin Impact: How to Get the New Ayaka Skin

Overall, the new Ayaka and Lisa skins will be the seventh and eighth alternative outfits to be available for purchase in the game. With that said, according to a recent wave of leaks, it is very likely that the next characters to receive skins will be Kaeya and Klee, the latter of which will be Halloween-themed.

Attack of the Fanboy / GAME GUIDES / Genshin Impact: How to Get the New Lisa and Ayaka Skins