Genshin Impact Noelle Hangout 2 Memories Guide: How to Unlock All the Endings

One Punch Maid continues to stress over joining the Knights of Favonius. 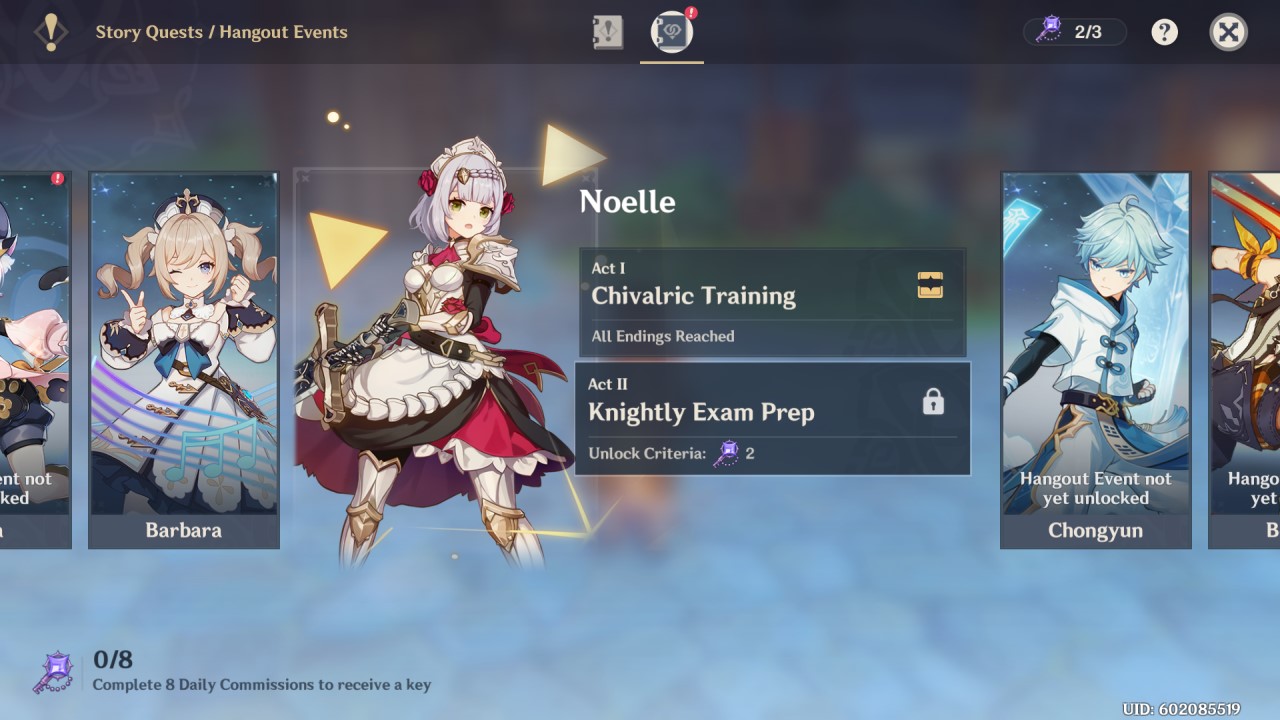 Noelle returns in Part 2 of her Hangout Event in Genshin Impact Version 1.5, and this time around the selfless maid is preparing for her Knights of Favonius selection exam. Like Noelle’s previous Hangout Event there are multiple endings and rewards to earn in Act 2 of her event – “Knightly Exam Prep”. And, also like last time, I know how to unlock each and every ending.

That’s where this guide comes in: there are rewards for each of Noelle’s Act 2 Hangout Event endings in Genshin Impact, so while you may want to strive for the happiest outcome, it doesn’t hurt to see the other Hangout Memories on a repeat playthrough.

The second act in Noelle’s Hangout Event takes more work to access than the first, so if you’re just now starting on the Liyue arc of the Archon quest you will have to finish it first. The unlock criteria for Noelle Hangout Event Act 2 are:

I’ll avoid spoilers as best I can, but they can’t be avoided entirely due to the nature of this guide. If you want to go in unspoiled close this article and go through Noelle’s Hangout Event Act 2 on your own, then return when you are ready to blast through the Hangout Memories you simply want out of the way for the rewards. Speaking of rewards. . . .

Alrighty, this is your last warning concerning spoilers for Noelle’s Hangout Event Act 2. From this point forward I will detail what you need to do so see all six of her Hangout Event Act 2 Memories in Genshin Impact (again, these are the endings). Named steps in quotations are areas in the flowchart you can explicitly restart the Hangout Event at (by clicking on the event tab for Noelle; the one you used to unlock the event in the first place).

Noelle’s Hangout Event Act 2 endings in Genshin Impact all take a similar amount of time to complete, since her first quest splits into three branches, each with two ending apiece. I will start with the first branch and work down from there. While some choices in Noelle’s dialogue can result in a lost heart, the majority are flavor text: just show her support, don’t overtly flirt with her, and don’t call her a knight, much like the first Act.

So, to start with Memory number one: 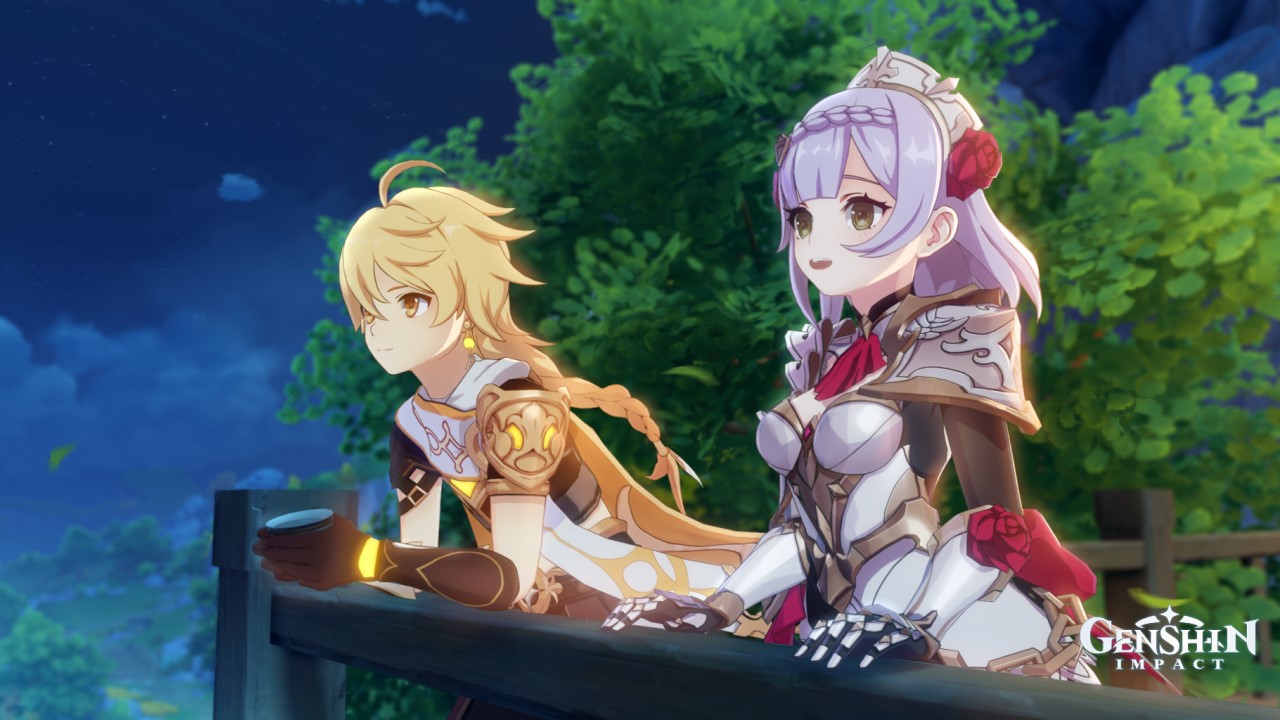 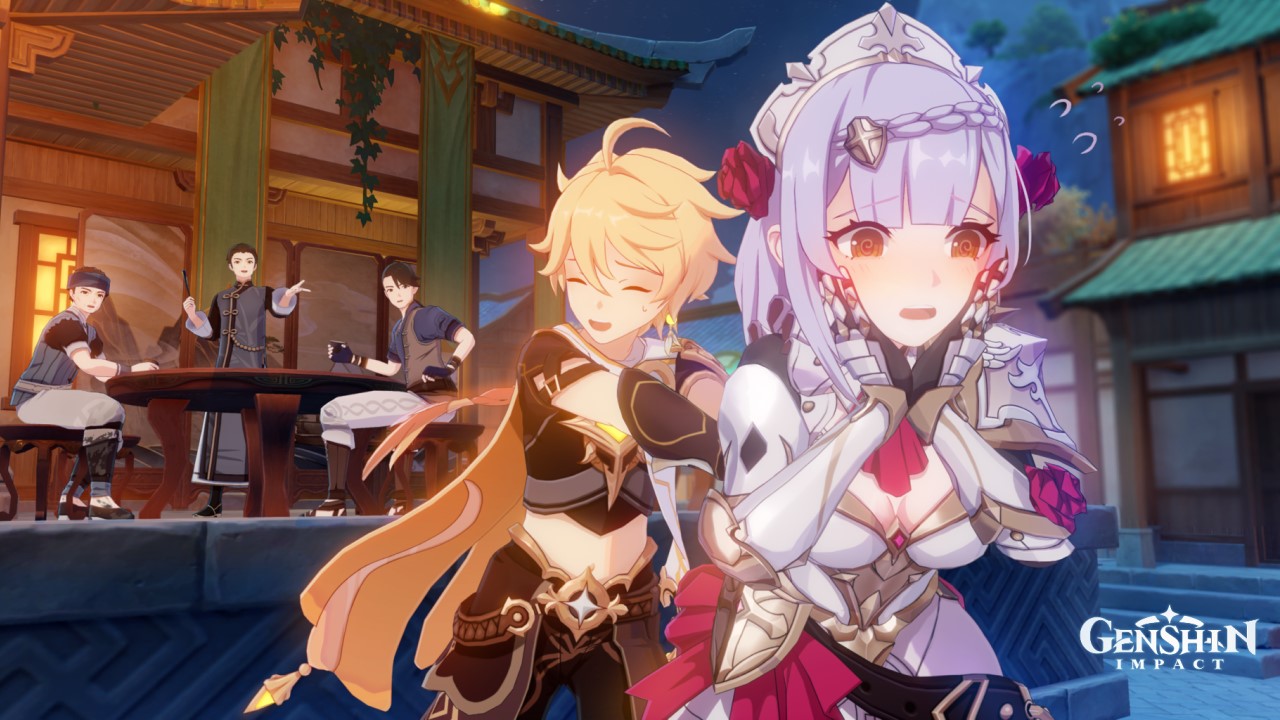 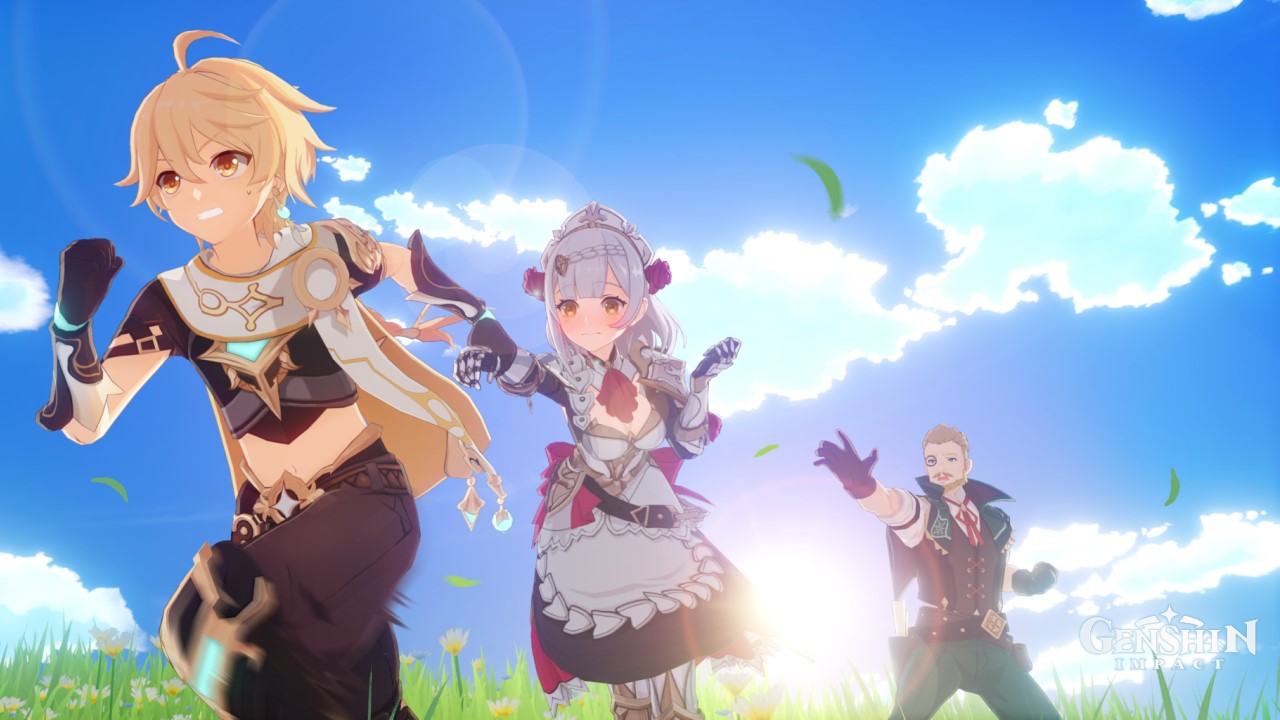 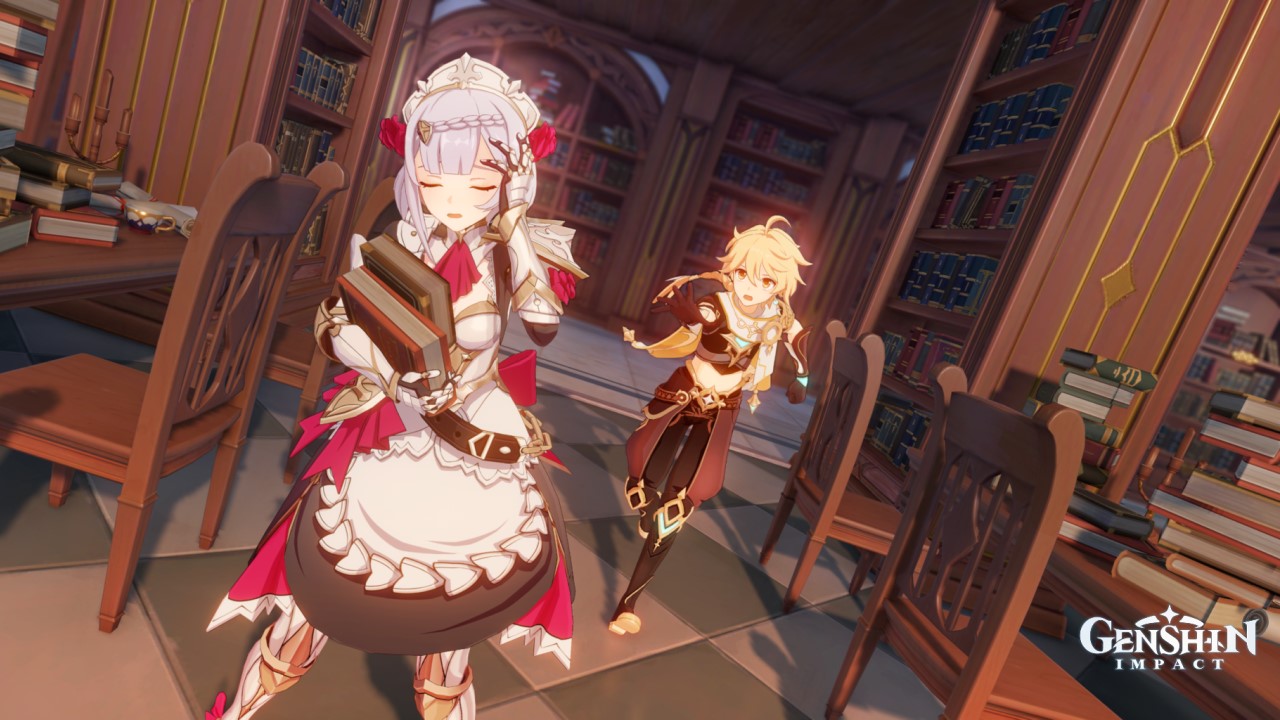 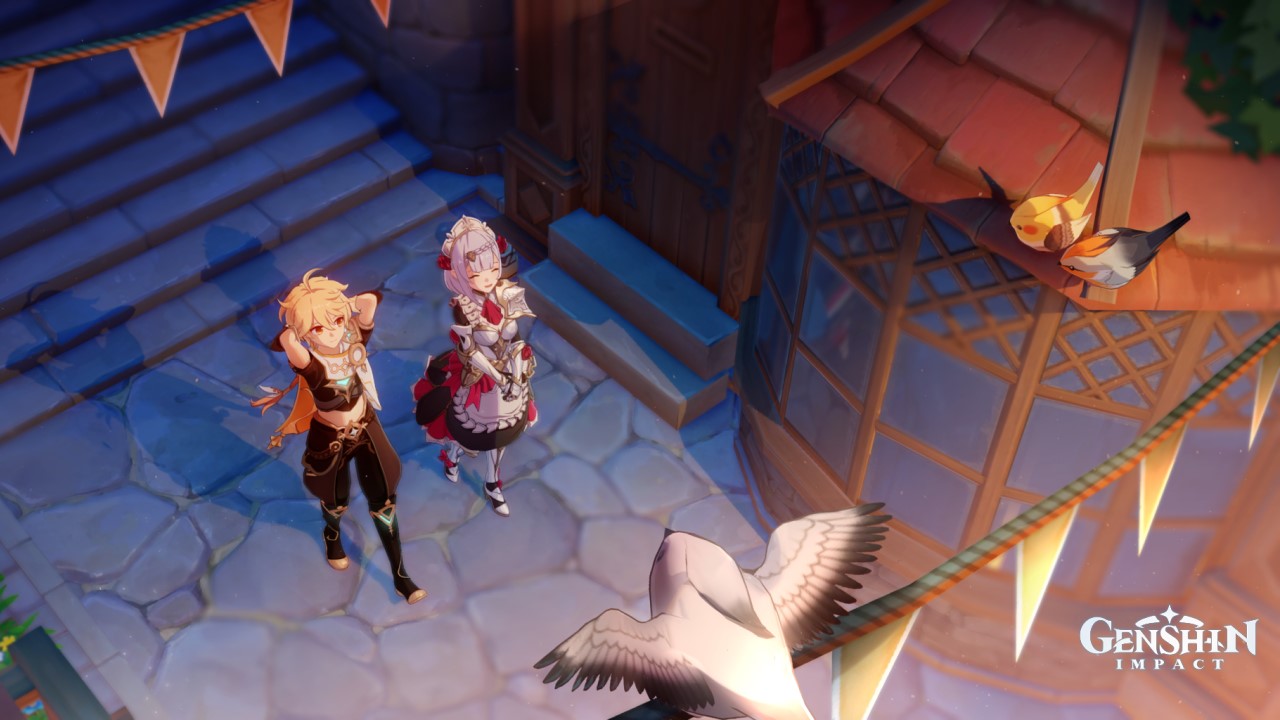 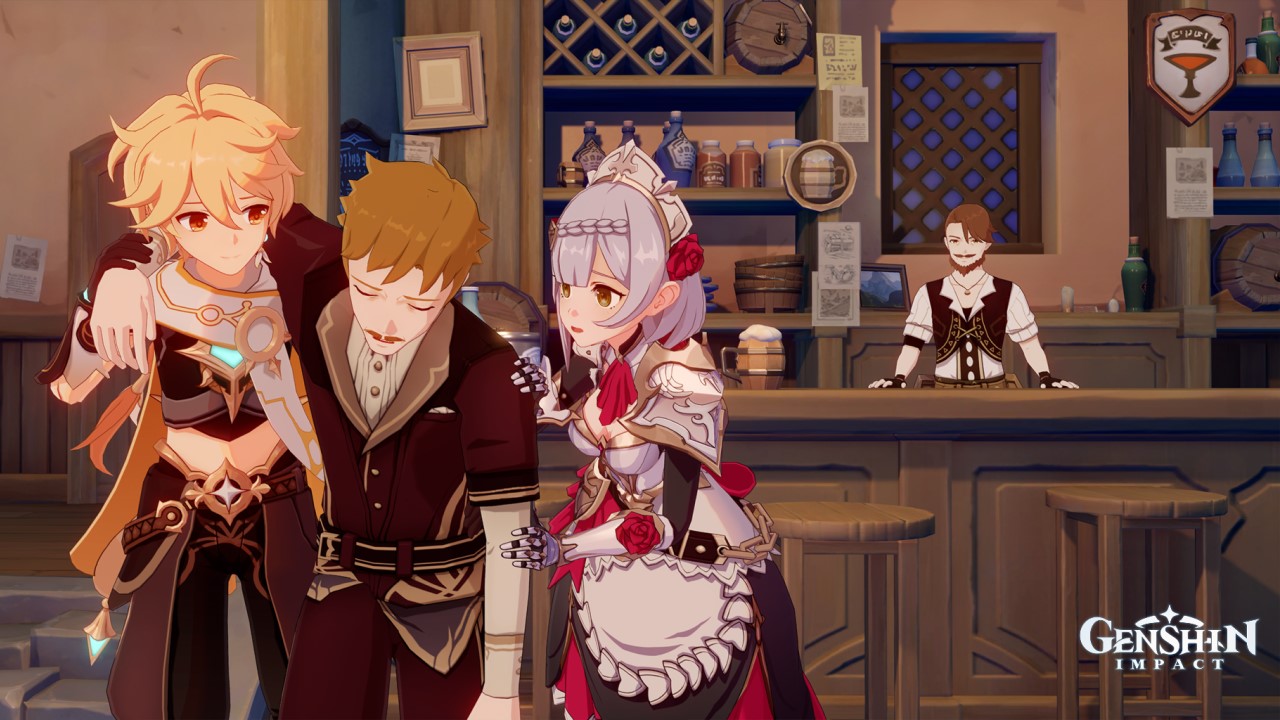 And that’s how you get all six endings in Act 2 of the Noelle Hangout Event in Genshin Impact. Be sure to grab your rewards for reaching each, and don’t forget to complete your Daily Commissions to grab more Story Keys for the other Hangout Events.