Horizon Forbidden West: How to Get the Diving Mask (Breathe Underwater)

Venture to deeper depths with this handy tool. 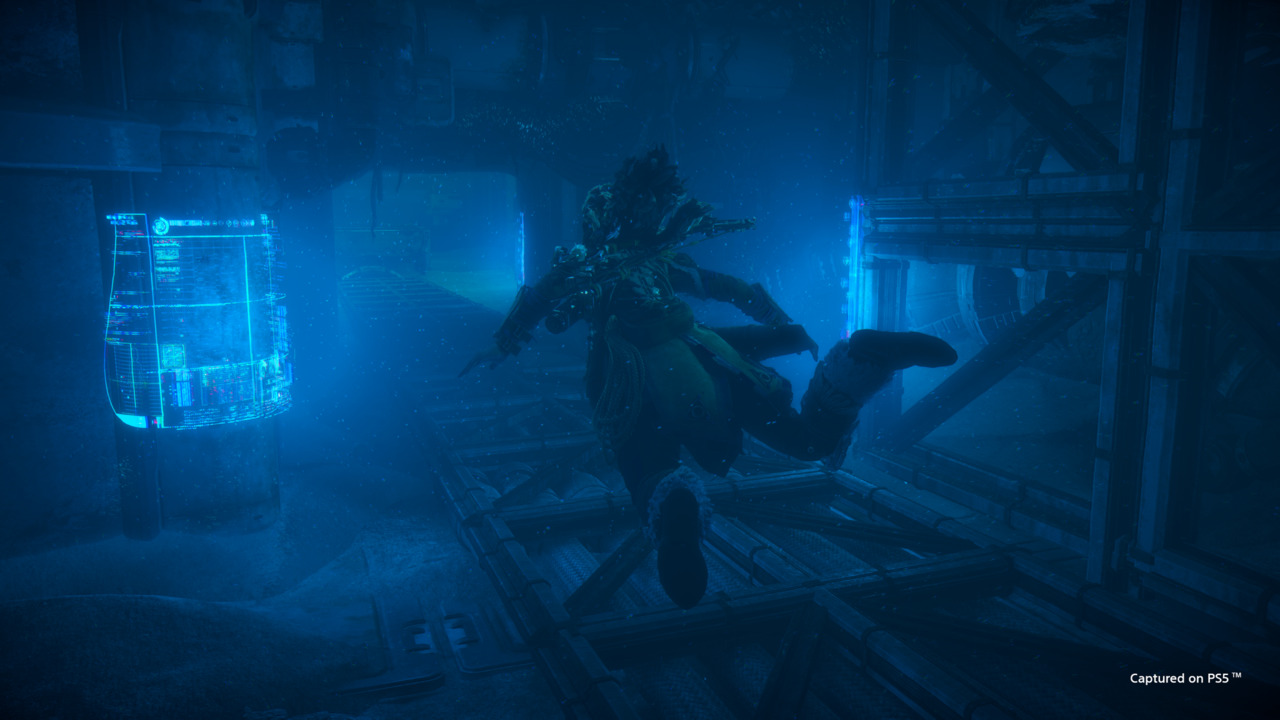 One of the newer additions in Horizon Forbidden West is giving Aloy the ability to actually swim underwater, adding more immersion to an already visually astounding game. However, you can’t simply take her to any body of water and infinitely stay; she’ll run out of breath and eventually drown. Here, we’ll help you gain the ability to breathe underwater thanks to the Diving Mask item in Horizon Forbidden West.

The Diving Mask is unlocked during the eleventh main mission, The Sea of Sands. You won’t miss it either since it’s actually an objective to craft the mask. This item is extremely useful too because it’ll allow you to stay underwater indefinitely. It’ll allow just that much more exploration for anything underwater.

It’s unfortunate that you won’t be getting this until the latter half of the game. Despite the game having mostly combat on land, fighting all sorts of mechanical beasts of enemies, there are still portions where you will do so underwater. With the graphical capabilities and optimizations made on PS5 hardware, it’s a very impressive thing to look at. You can tweak these accordingly with our handy Graphics vs. Resolution guide.

If you’re looking to just get the narrative experience out of Horizon Forbidden West, perhaps this is more of an afterthought or a gimmick that makes your playthrough easier. For those who are looking to clear a majority of the game, this is an item that may also be useful for cool screenshots via the share button. In any case, this just adds another layer of ways to play Sony’s latest exclusive title.

Horizon Forbidden West is out now exclusively for the PlayStation 4 and 5 systems. The PS4 version of the game has a free upgrade for PS5.

Attack of the Fanboy / GAME GUIDES / Horizon Forbidden West: How to Get the Diving Mask (Breathe Underwater)