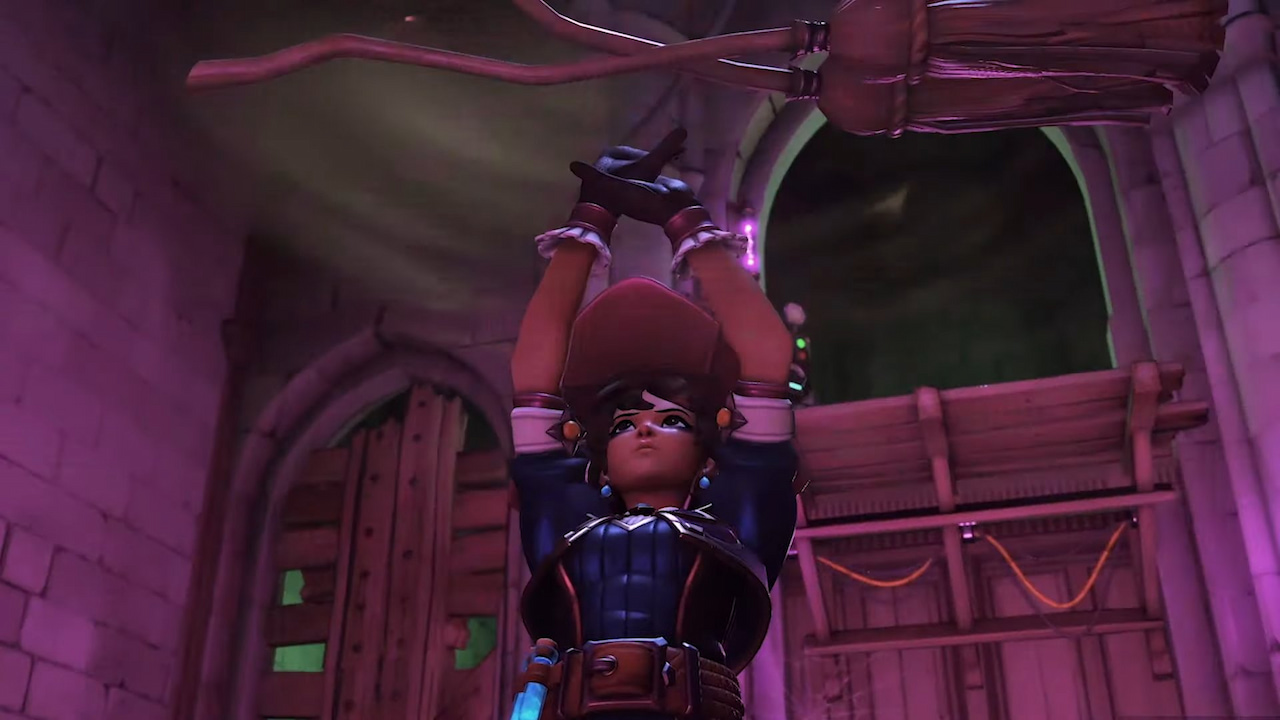 Overwatch 2‘s first event has finally arrived in the form of ‘Halloween Terror,’ along with a slew of ‘Event Challenges’ obtainable in the new ‘Junkenstein’s Revenge: Wrath of the Bride’ arcade mode, as well as the classic Junkenstein’s Revenge modes returning from the first game. One of these challenges, ‘Knock Knock,’ requires the player to “Disturb the guest in the Tavern in Wrath of the Bride.’ But who is this guest, and how do you disturb them?

At the beginning of Overwatch 2’s Junkenstein’s Revenge: Wrath of the Bride, the player is tasked with meeting their fellow teammates at the Tavern. Once all four players have arrived, the Tavern doors will open for you to enter. To “disturb the guest in the Tavern,” and complete the ‘Knock, knock’ challenge, head up to the second floor and walk up to the second door on the left (with the lit lamp above it). A button prompt will appear allowing you to knock on the door; simply keep knocking at the door until the ‘Challenge Complete: Knock, knock…’ text appears on the left side of the screen. 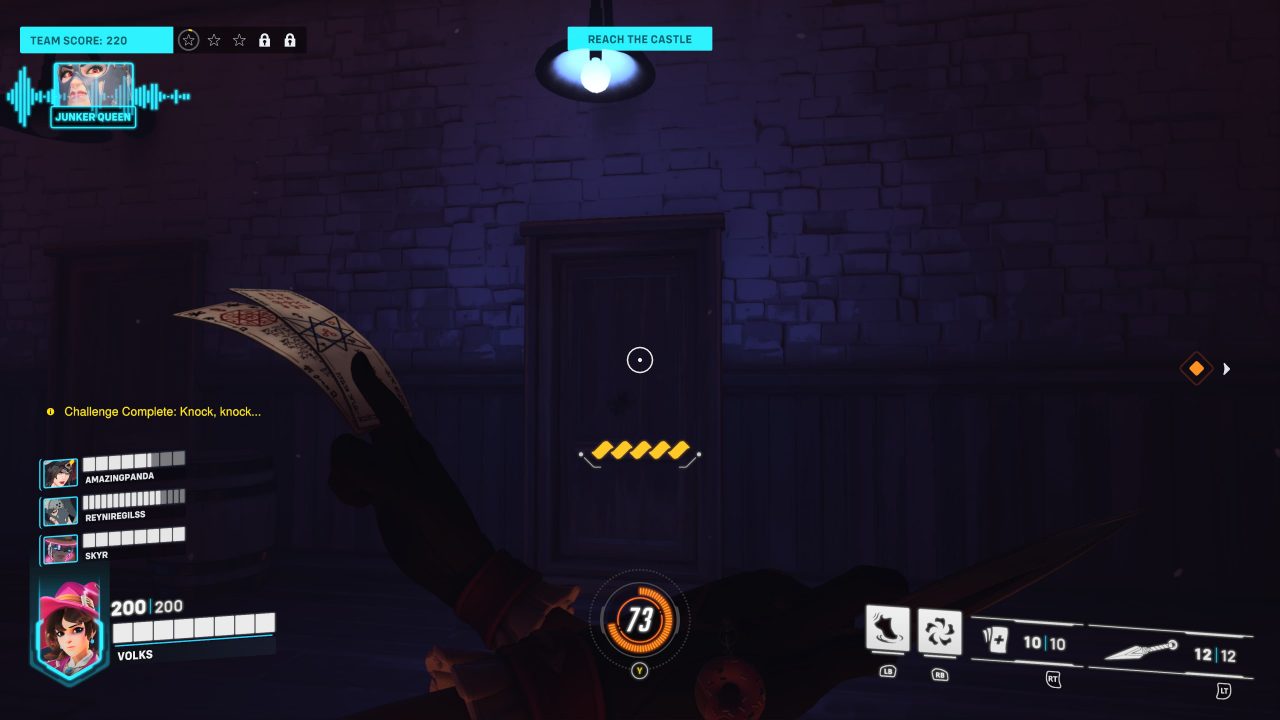 This challenge can be done in any of the four difficulties and completion will be counted as soon as the ‘Challenge Complete’ text appears on the screen, so there’s no need to worry about failing the match. Disturbing the guest and completing the challenge will add Kiriko’s new “Scry some more” voice line to your Hero Gallery, which is exclusive to this event, and cannot be earned in any other way. It will also add progress to the ‘Wedding Planner’ challenge, which rewards players with the Jack-O’-Lantern weapon charm when they have completed a total of 13 Junkenstein challenges. If that seems like a little too much, don’t fret; Blizzard is awarding players with a free weapon charm and Legendary Reaper skin!