How to Find All Royal Tools in Disney Dreamlight Valley: Fishing Rod, Shovel, Pickaxe, and Watering Can Locations

Can't find these tools? Find out where you'll need to go! 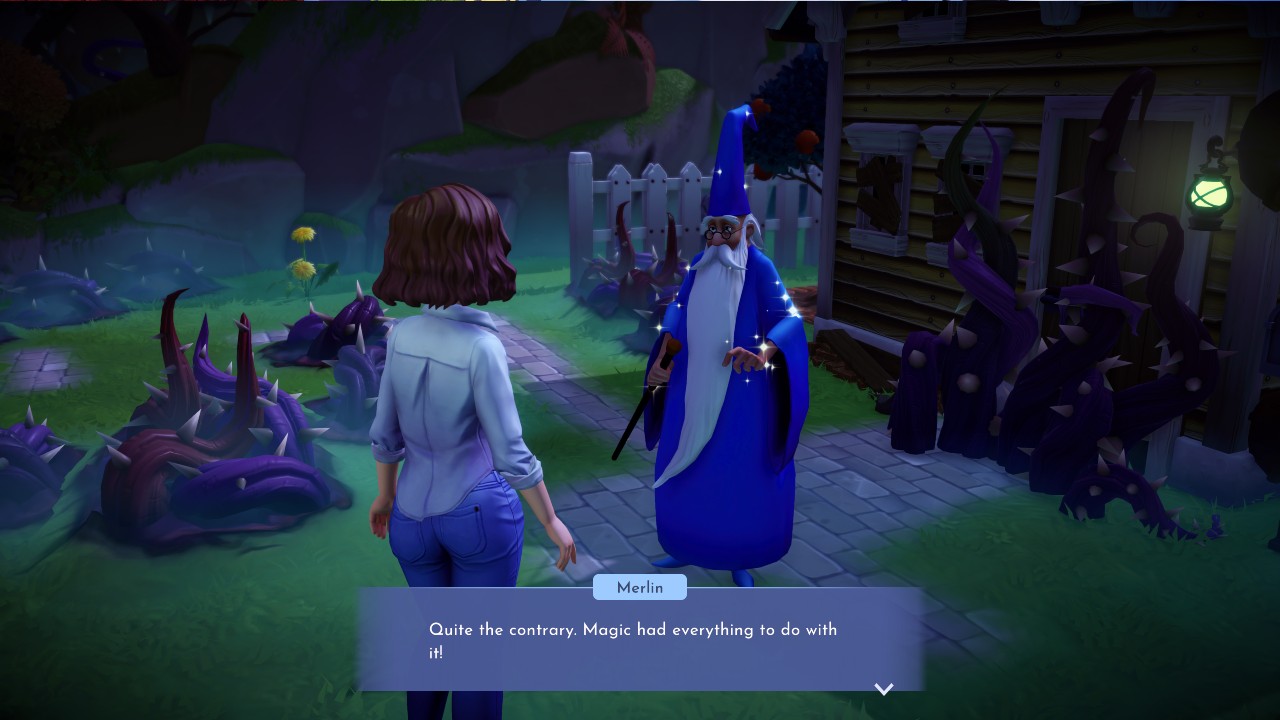 When you take your first steps into the world of Disney Dreamlight Valley, things may not be as magical as they should be. With the world overtaken by a dark sky, you’ll need to help Merlin bring the town back to its former glory, but to make that happen, you’ll need to get your hands on the Royal Tools, which will allow you to bring the light back into this world.

But, if you don’t know what you’re looking for, getting into the real meat and potatoes of this game may take much longer than expected. But, we’re here to help! We’ve jumped into this magical kingdom, and found all of the tools so you don’t need to do any of the heavy lifting, so let’s get right into the details of where you’ll find all of the Royal Tools when you enter this new world!

As you start to clear away all of the weeds, debris, and all other nasty items in your way, you’ll start finding and earning some new tools to help your cleaning and harvesting process become so much easier. Making sure that you know where to find all of these different tools is key to your success, so let’s take a look at where you’ll be able to find all of your new favorite pieces of equipment!

Where To Find Royal Watering Can In Disney Dreamlight Valley 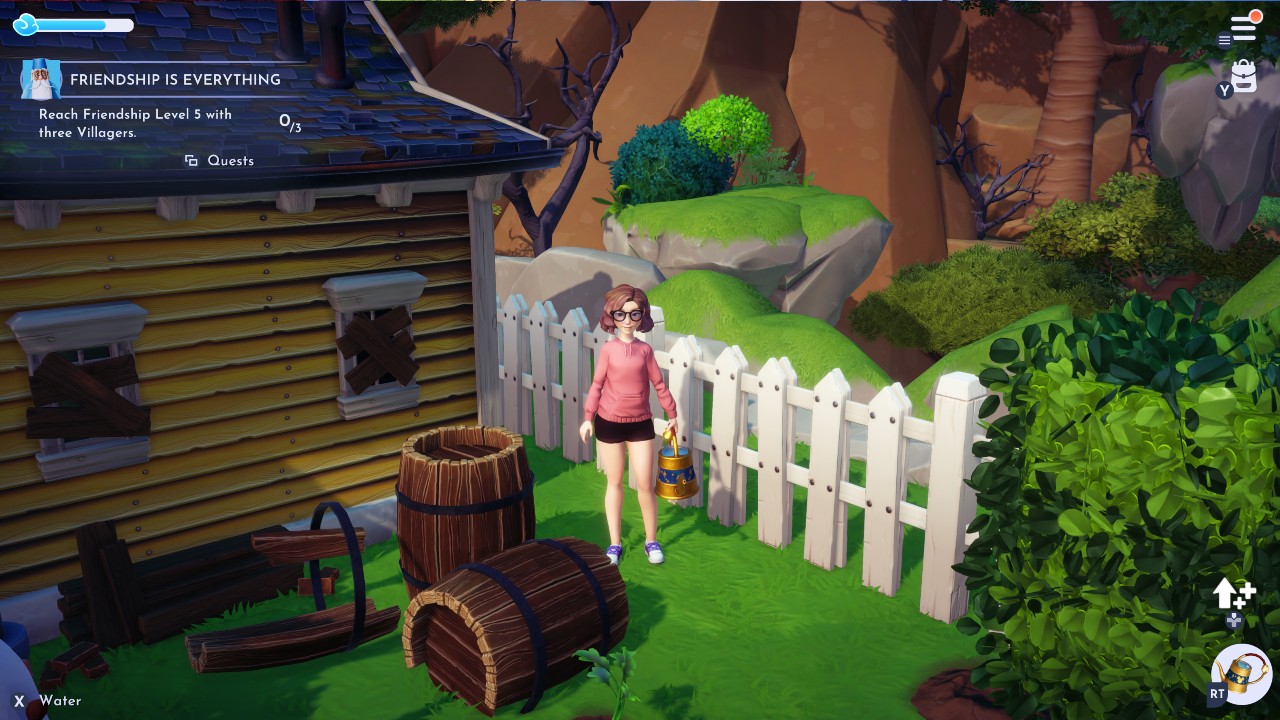 When you find your house, boarded up and looking run down, you’ll have to do a little bit of work outside to make it shine the way it really should be. If you’re looking to find the Watering Can to make the town shine brighter than ever before, you’ll just need to make your way towards the back of the house, near these two barrels. You’ll find this Royal item hiding out behind them, just waiting for you to snatch it up and start using it.

Where To Find Royal Pickaxe In Disney Dreamlight Valley If you’re looking to start breaking rocks, you’re going to need to get your hands on the Royal Pickaxe. As you make your way around the town, you’ll want to head towards Scrooge McDuck’s shop, where you’ll see a formation of rocks kitty-corner to it, as shown above. You’ll want to head over to the large rock that you’ll see in this location, where Merlin will inform you that you’ve found the Pickaxe in the Stone, which will allow you to claim this excellent tool

Where To Find Royal Shovel In Disney Dreamlight Valley 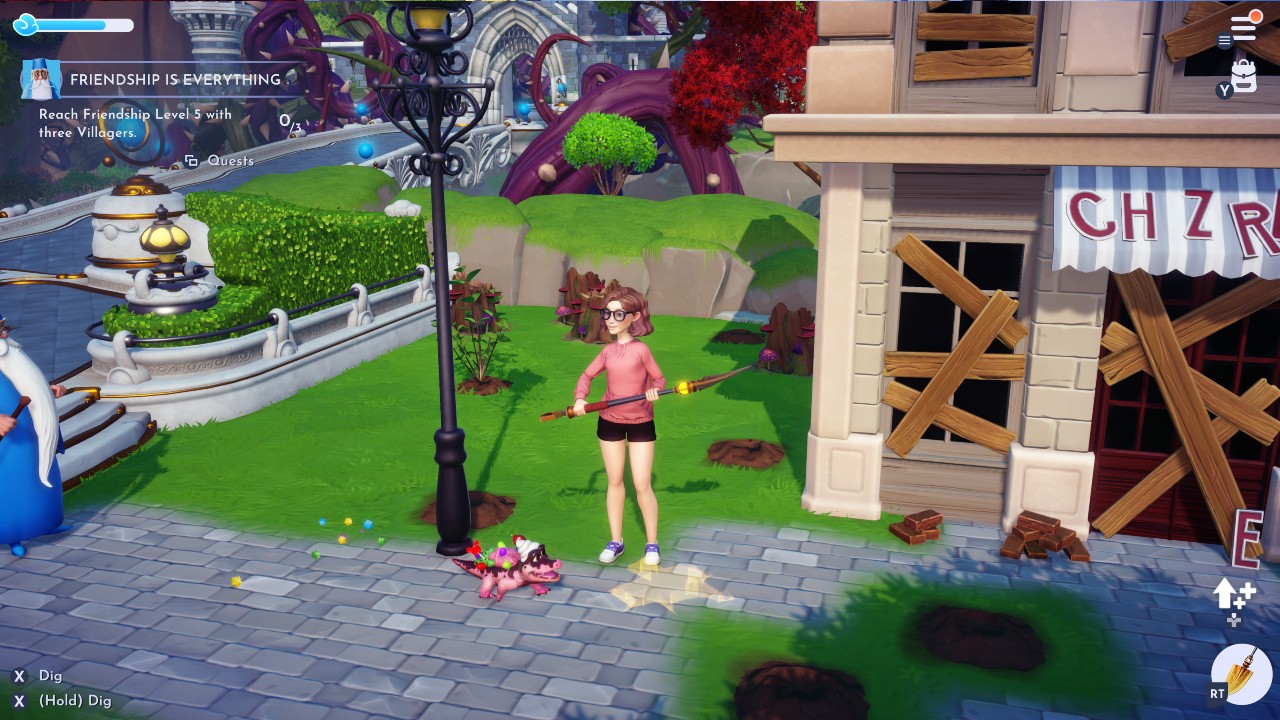 Across the street from Scrooge McDuck’s Shop, you’ll find a dilapidated building, with a large pile of dirt hanging out in front of it. You’ll want to head over to this large pile of dirt, and start working your way through it, as you’ll find the Royal Shovel inside of this large pile, which will then allow you to start digging for different treasures, start a garden, and so much more. You’ll need this to make any major process as you start to clean up the town, and for anything outside of it!

Where To Find Royal Fishing Rod In Disney Dreamlight Valley 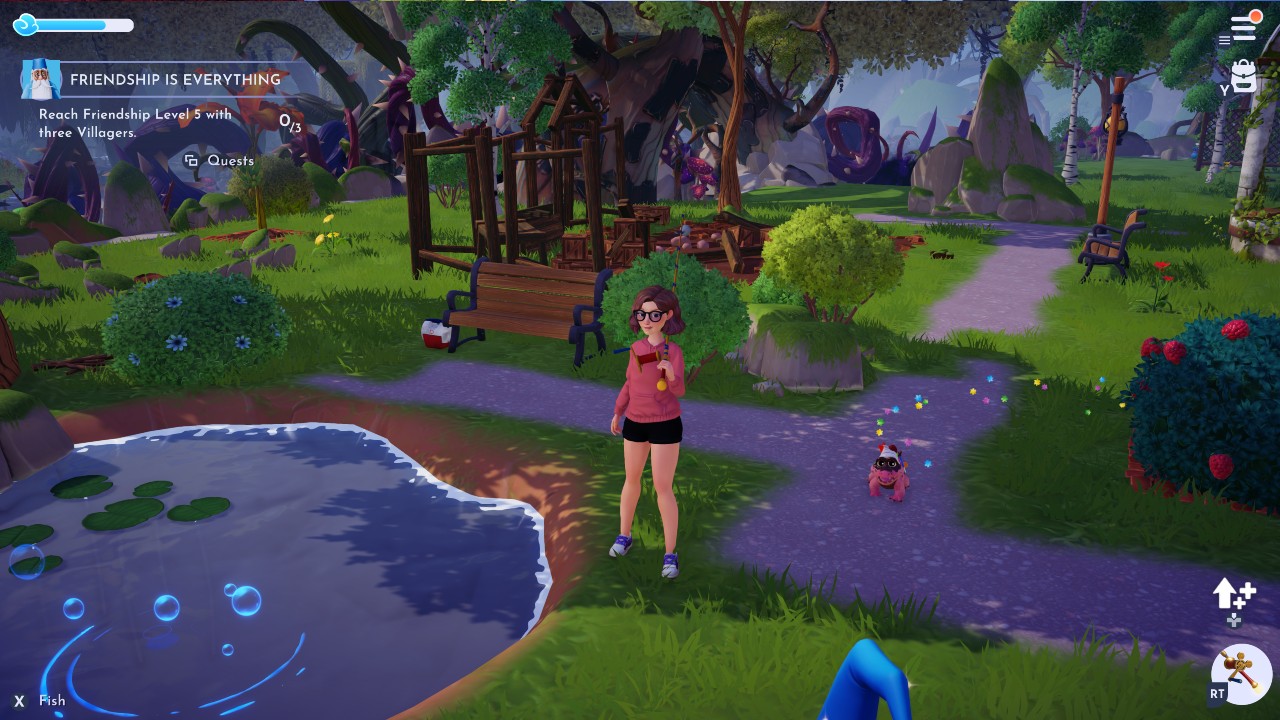 As you start to progress through some of the quests at the start of the game, Goofy will come into the picture, and you’ll want to speak to him to start up your first real quest that the game has to offer. He’s lost his Lucky Fishing Rod, and it’s up to you to find it! After following the clues that are shown, you’ll find it and you’ll be granted the Royal Fishing Rod, which will allow you to start finding new ingredients to make dishes with, so you can keep your energy up at all times!

And that’s what you’re going to need to earn all of the Royal Tools in Disney Dreamlight Valley! If you’re loving everything that this game has to offer so far, make sure that you’re checking into our Guide Section for the game, so you can learn how you can change your appearance and clothing when the game will release on mobile platforms, and how to claim your Founders Pack bonuses!

Attack of the Fanboy / GAME GUIDES / How to Find All Royal Tools in Disney Dreamlight Valley: Fishing Rod, Shovel, Pickaxe, and Watering Can Locations