Get a head start on your journey to Master Rank! 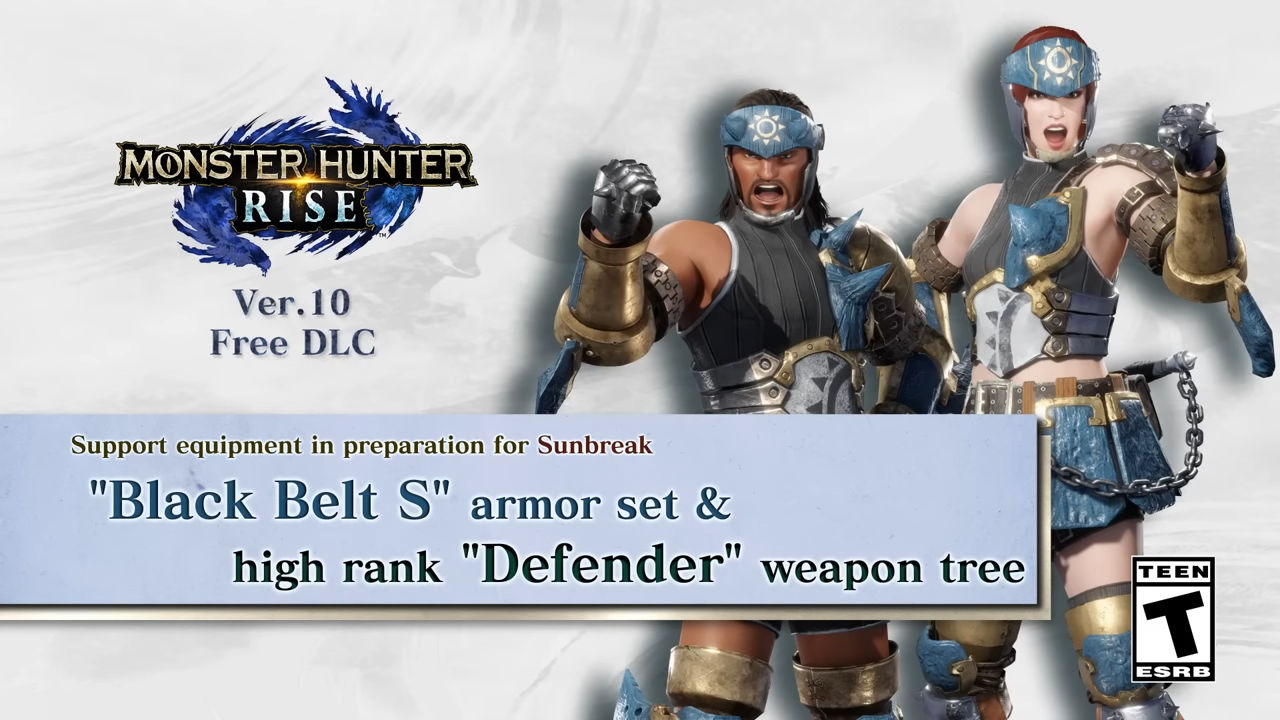 Monster Hunter Rise provides many intense challenges for both new players and long-time fans of the series. There are plenty of ways for a newcomer to get themselves prepared for tougher battles, but even knowing how to take advantage of the game’s new features and unique mechanics can be difficult for those that haven’t played Monster Hunter before. In preparation for Monster Hunter Rise: Sunbreak, Capcom introduced new armor and weapons designed to assist players through the entire base game. The Black Belt armor and Defender weapons are free to all players, allowing anyone to take advantage of these powerful tools for the hunts ahead.

How to Get Black Belt Armor and Defender Weapons

There are two things you need to do to get the beginner-friendly armor and weapons. First, you’ll need to update Monster Hunter Rise to its latest version. The low rank versions of Black Belt armor and Defender weapons were introduced in version 3.9 of the game, while the high rank versions were introduced in version 10. After doing so, head to the Courier in Kamura Village and choose the “Add-on Content” option. These are the specific add-ons you should claim to get everything:

The armor and weapons will be available to equip in your Item Box. It should be noted that the Defender weapons will not be at their full strength immediately. To upgrade them to their High Rank versions, you’ll need to visit the Smithy and use materials on them like any other weapon. Thankfully, their requirements are very low, only needing a single Bone material for each upgrade. They might end up outclassed by certain other weapons later on, and the Black Belt armor might not be as helpful as other sets. But if your intention is to make it to Sunbreak as fast as possible, there’s nothing easier to use than these new additions to your arsenal!

Monster Hunter Rise is available on Nintendo Switch and PC.