The only thing you should fear is yourself! 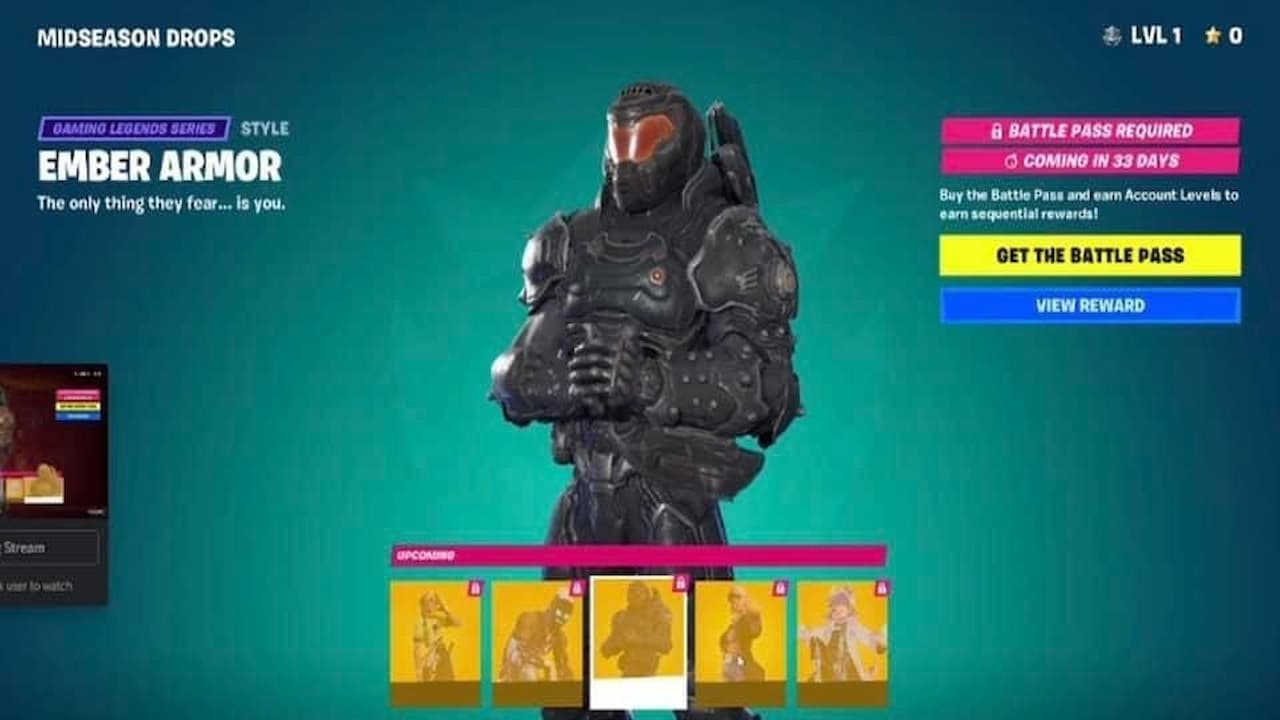 The Doom Slayer skin is finally coming to Fortnite. Chapter 4 Season 1 will be seeing a lot of new content. This is probably the first time in a long while that the entire game has received such a huge overhaul. And interestingly enough, the Doom Slayer Fortnite skin happens to be a part of this overhaul as well. But how do you get your hands on this skin?

When does the Doom Slayer Fortnite Skin go Live?

As seen during the event, the Cacodemon could also be making an appearance in Fortnite Chapter 4 Season 1, so there’s a high chance that there will be a collaboration event as well. Doom Slayer could also be one of the NPCs on the new island. In the cinematic, he’s seen holding a Scar. This Assault Rifle could be a brand new Exotic or a Mythic Assault Rifle that we’ll be seeing in the game for this season.

The Doom Slayer skin will probably have its own set of cosmetics. Apart from the skin, you can expect a brand new harvesting tool and a backbling. There’s also a chance that he’ll come with a glider because every collaboration cosmetic comes with a glider.

Other than Doom Slayer, a Geralt of Rivia skin will also be available in the game. Other than that, there are some other collaborations that we’ll be seeing once Fortnite Chapter 4 Season 1 goes live. You’ll also come across new Reality Augments in the game. Here’s what they do!