The Patient Players Will Have Their Rewards. 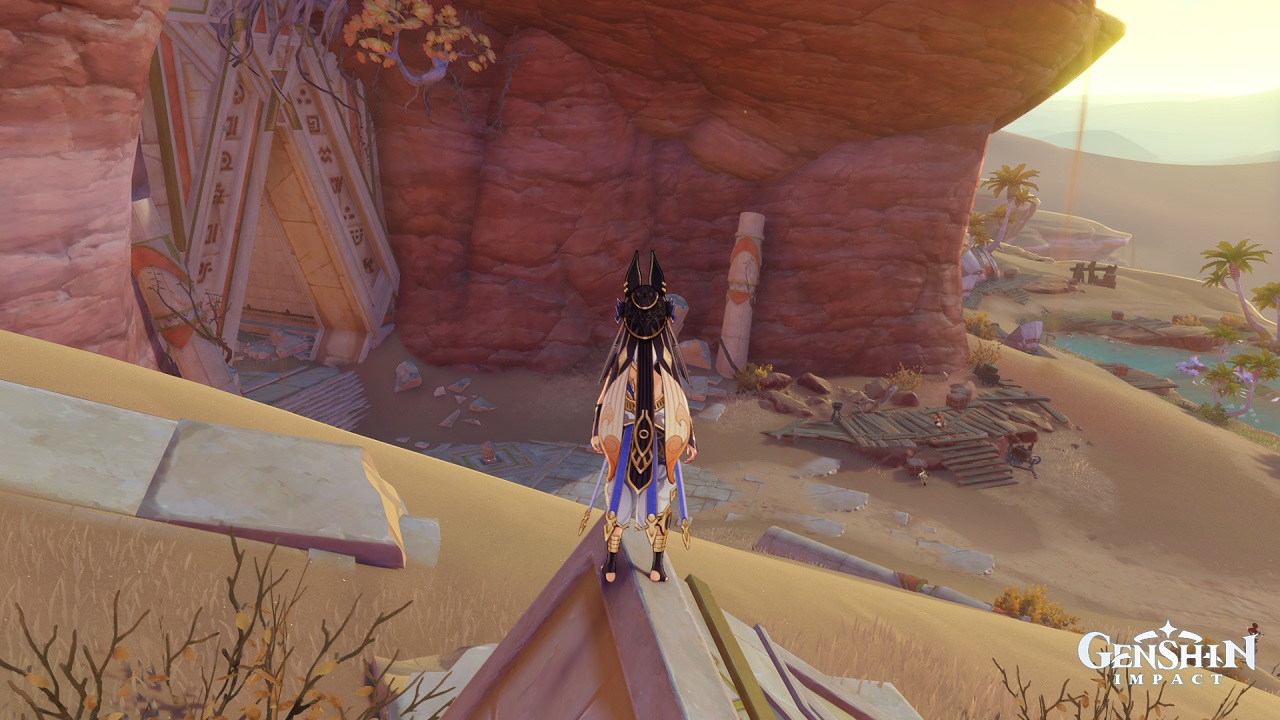 One particular set of ruins in the desert sands of Sumeru in Genshin Impact stands out from the rest due to its need for a password. The recent release of patch 3.1 for Genshin impact brought with it the lands once under the jurisdiction of the Scarlet King, a bygone civilization now dotted with the remains of its past. Oasis are few and far in between, uncoverable domains lay under sand pits and a pyramid mausoleum that pays respect to the god that once ruled the desert kin and Eremites alike. The place has secrets and these ruins are one of them.

To get the achievement, players will need to unlock access to one particular ruin located in the Land of Upper Setekh, south of the Sobek Oasis. The easiest way to reach the location is to head southwest starting from Aaru Village, following the path, and staying on elevated grounds. Here is a path using the mini-map that also marks out the location of the ruins. 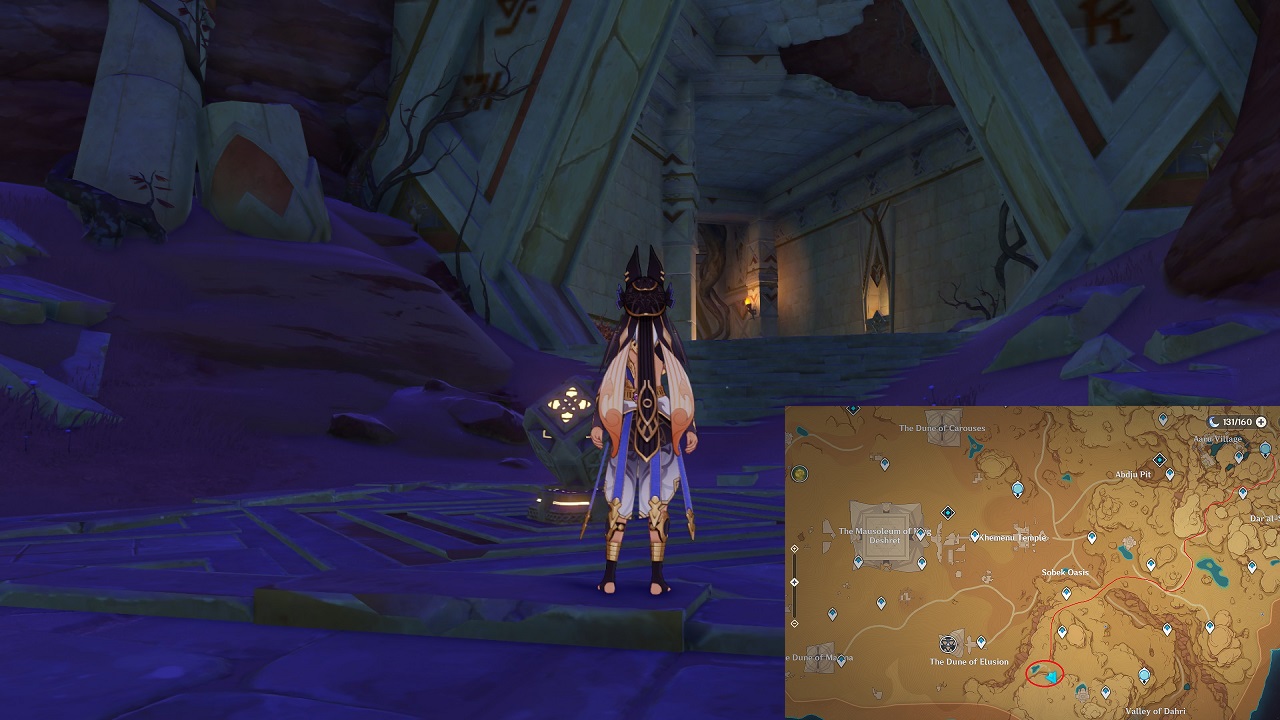 Players will know if they are at the right ruins if there is a device right in front of the entrance that inquires the player regarding a password. There will be Eremite mercenaries nearby who aren’t immediately hostile but has an alert bar that steadily goes up if they notice the player’s presence. Don’t attack any mercenaries and look for an Eremite woman, she will be patrolling the paths near the ruins muttering to herself anxiously.

Stealthily follow her without attracting any enemy attention and listen in on her monologue, she will eventually divulge two passwords to the ruins you are trying to unlock nearby, get to the device in front of the ruins, and speak the correct one. Upon doing so, the doors to the ruins will open, granting players access to treasures inside while also triggering the achievement What’s the Password?

Here is a basic summary of the steps that need to be followed:

Run away if you’ve accidentally aggroed the patrolling eremite or her allies. In the instance where you’ve killed her, you’ll have to wait until she respawns before attempting the achievement again. You’ll hear some amusing dialogue from her colleague when you’ve made your way into the ruins, wondering how you’ve gotten ahold of the password. An obelisk can be found in the inner corridors that ask for clearance level, which requires the player to do the Golden Slumber questline series, so keep a note of the obelisk’s location if you haven’t done the world quest yet.

Other places of interest besides these Eremite-occupied ruins can be excavated while journeying through the desert, like a set of abandoned tunnels found beneath a now-forgotten hospital. Players will uncover the veils surrounding these deserts and tombs procedurally as they tackle the world quests of the region.