How to Unlock The Red Desert Threshold Domain in Genshin Impact

A Domain Beneath the Sands. The Red Desert Threshold Domain is one of the many new dungeons added to Genshin Impact following the recent patch update of 3.1. A common practice whenever a new region is added to the game, new domains tend to be added alongside the expansion, dotting several parts of the landscapes and geographies to improve the Traveler’s experience while they travel through these areas. The Sumeru Desert is no exception and alongside its array of newly added wildlife and local specialties will keep the player occupied as they take in the scenery of the giant mausoleum towering in the background.

The Red Desert Threshold is located to the west of Aaru Village, a desert settlement that players would have likely stumbled upon as they made their way out of the rain forest, to the south of Caravan Ribat in search of the closest Statue of Seven. At first glance, the domain’s location might seem apparent as it is just to the side of the path leading westward. Upon closer examination, however, the player might notice that it is deep underground, with no noticeable caverns or passages leading down to where it’s situated.

The reason’s due to the domain being a part of a world quest that needs to be accepted first before the nearby geography changes to grant players the affordance of reaching and unlocking the Domain. When first entering Aaru village, players will notice several NPCs indicated with a blue exclamation mark, signifying their role as a quest giver. Find a man named Bonifaz standing out in the open areas of the village to start the world quest Golden Slumber. He will send you to investigate what happened to a missing archaeology team.

Follow the quest tracker and the player will eventually find themselves in front of a cave-in that the expedition team is speculated to have fallen into, inside the hole is also where the player can discover the Red Desert Threshold Domain. 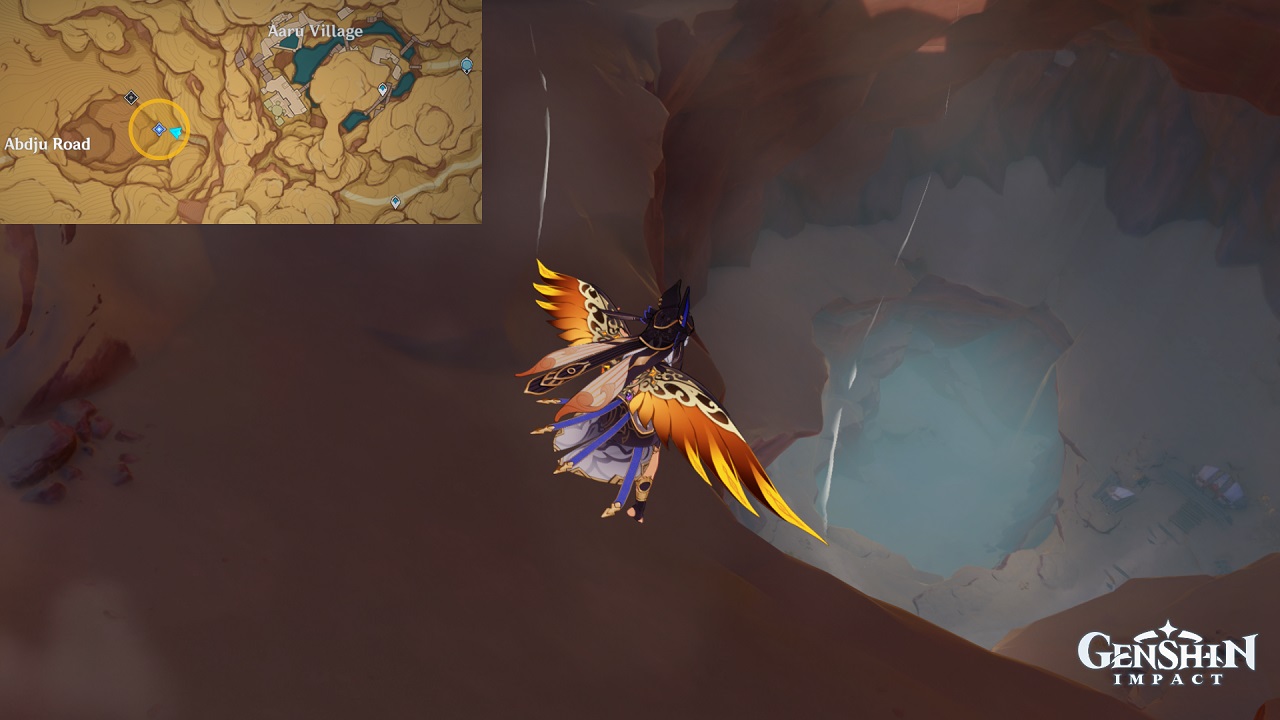 Players don’t have to complete the world quest to be granted access to the domain, they can simply glide down and interact with it to unlock it as a point for teleportation. Considering that the world quest continues deeper underground, it might be fair to suggest that the domain also serves as a good waypoint for players to teleport to if they aren’t intent on completing the world quest for the time being. There are other hidden domains like this one tucked away in the corners of the Sumeru Rainforest, if the player has yet to uncover them and has the intention of being thorough.