How to Unlock the Altar of Mirages Domain in Genshin Impact?

Where does this door lead to? Hmm... The questline that we’re referring to here is known as the Golden Slumber questline. You can start this quest by speaking to Bonifaz, an NPC located in Aaru Village in Genshin Impact. After you’ve completed the quest, here’s what you need to do.

Unlocking the Altar of Mirages Domain in Genshin Impact

Once you’ve completed the Golden Slumber questline, make your way to the underground teleport waypoint that can be found to the east of King Deshret. The waypoint in question is highlighted in the map below. 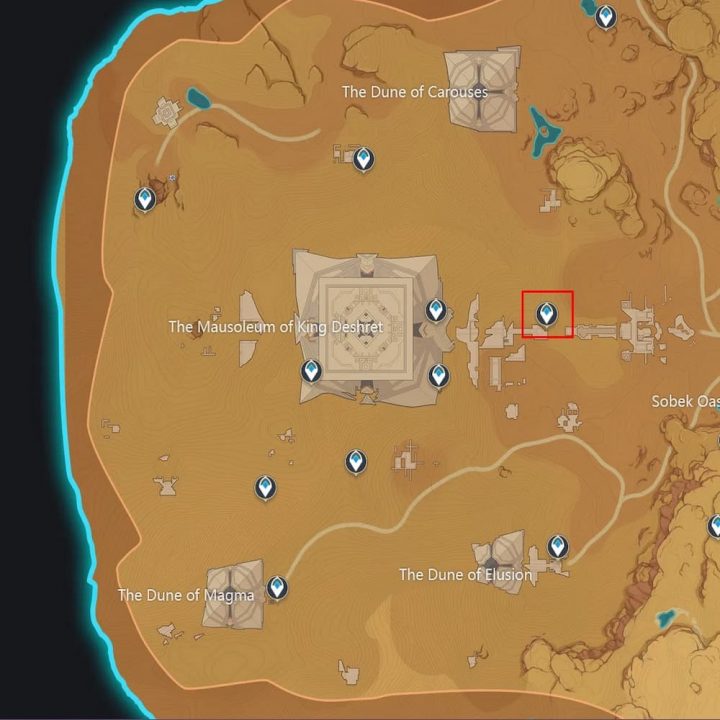 Use this teleport waypoint to get into the underground structure and from there make your way into the room where you had previously solved the Primal Torches puzzle. You should see an open passage to your right. Make your way through that passage, and then go to the end of the room that the passage leads into. There you should come across a mechanism that will help you open the door to the Altar of Mirages. Jump through this portal, and you will enter the room.

Similar to many domains in Genshin Impact, the Altar or Mirages is a single clear domain, meaning you can clear and loot it only once. You will receive the following items as rewards for clearing this room:

An additional precious chest spawns in this room as well that rewards you with the following items:

Attack of the Fanboy / GAME GUIDES / How to Unlock the Altar of Mirages Domain in Genshin Impact?