These honey collectors deliver powerful blows with their heavy forearms. 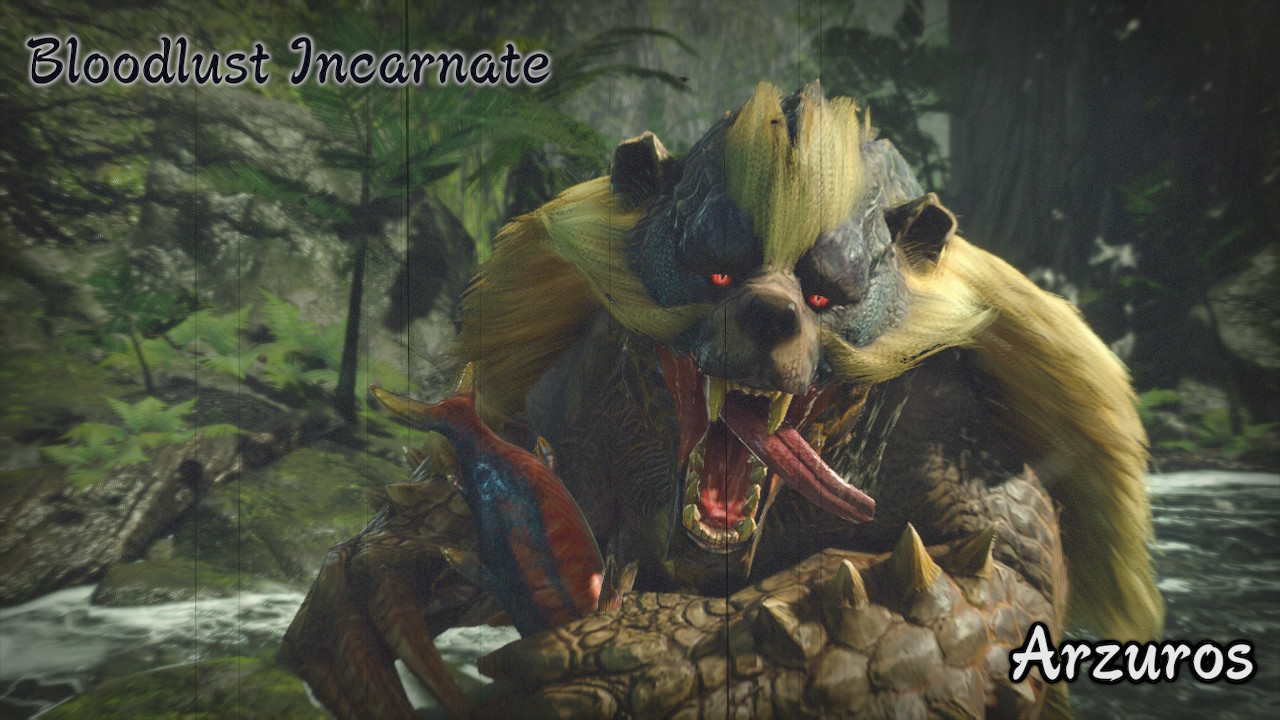 The Monster Hunter Rise chubby bear-like monster, Arzuros, is a strong fella. While he mostly dwells in forests looking for food, he totally snaps when a hunter is around, ready to show them their thick claws and strong arms. Earning the title of Bloodlust Incarnate, these ferocious beasts won’t accept you taking all the honey from their turf. Let’s take a look how we can beat such a behemoth.

How to beat Arzuros in Monster Hunter Rise

These wild bears tend to face you head on to prove who is the strongest of them all. Their arms are really dangerous, and more often than not unpredictable. In contrast to other fellow monsters who use their mind first, like the predator Great Baggi, the Arzuros is all about strength, especially when you fight them in tight spaces where they trully shine. 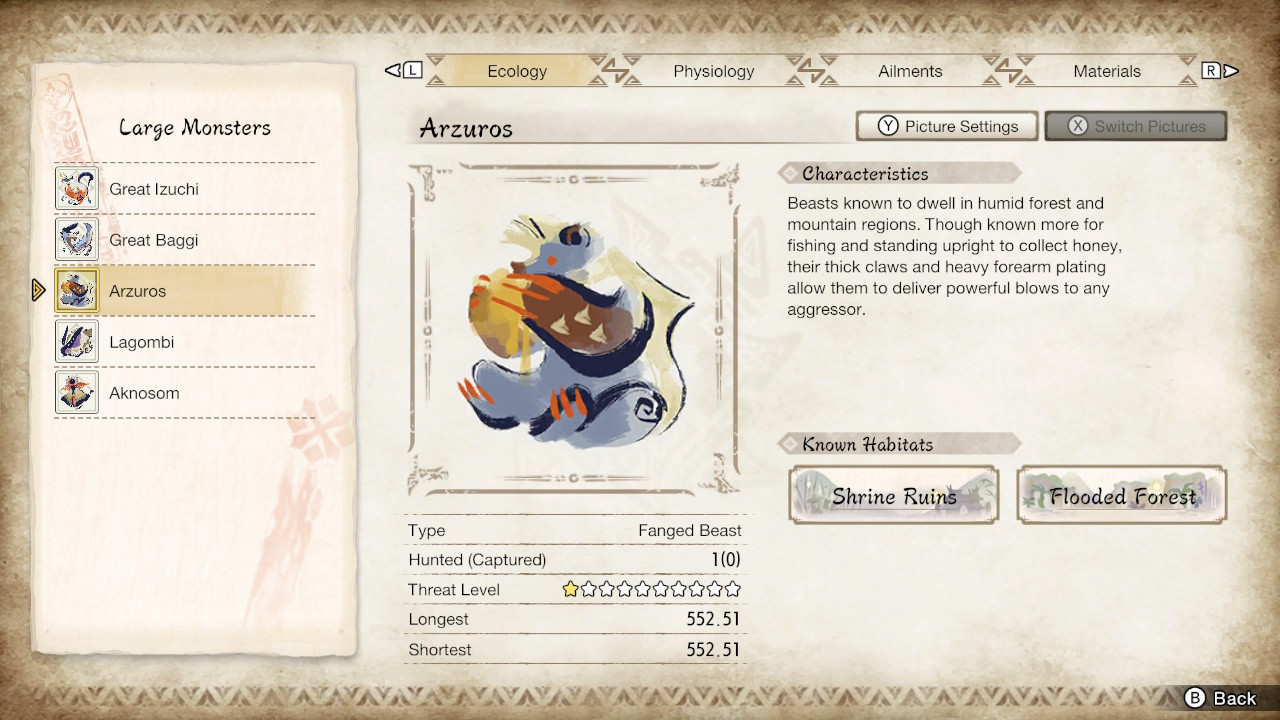 The mighty bear of Monster Hunter Rise has a number of attacks in its arsenal, almost all of them consisting of arm swipes or charging lunges. Their most used attack pattern seems to be the three frontal claw swipes, which is done in quick succession. The move itself is not hard to dodge, if you are already anticipating the start-up animation, but you may find yourself in a tight spot where dodging or running back in time isn’t possible. Additionally, there is an ‘upgraded’ version of it with more swipes, that the Arzuros can use, so watch out to not be caught off-guard.

That’s where the new Wirebug comes in handy, since you can easily use it in a pinch to escape Arzuros’s onslaught. Retreat, and rush back hitting its rear, which is one of its vulnerable spots. That, or try to tire him out by attacking him on the side, to damage the legs. This way, his movements are going to be way slower, giving you all the time in the world to avoid its swings. 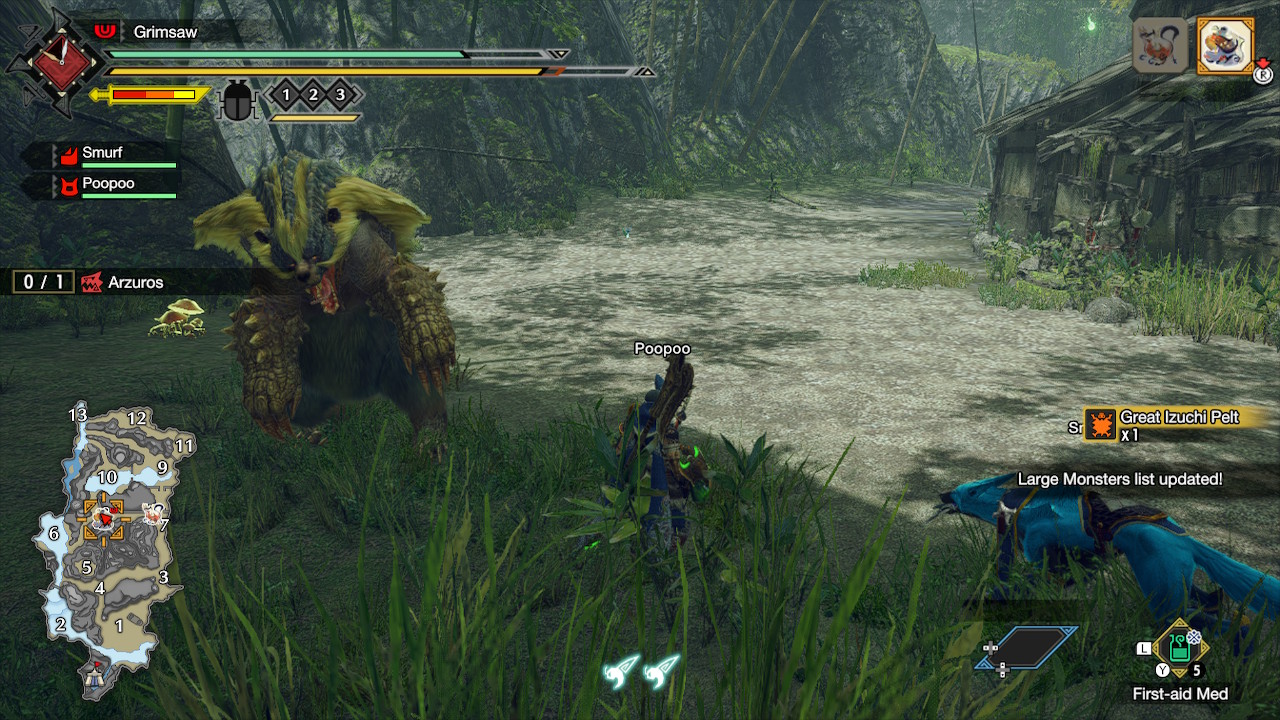 Slower weapons are not recommended in this fight, since Arzuros may catch you while still in attack animation, and start mauling you. That, or he may even suddenly charge you, with no time to do anything. Head on attacks are a no-go, and even attacks on its rear must be carefully planned, since he can do a backwards jump, landing on his bottom. These moves do hurt quite a bit, so try to equip mobile weapons such as the Sword and Shield and Dual Blades. Since Arzuros has a ton of Status vulnerabilities as well, these weapons are even better, as they can inflict status with ease due to their attack speed.

Lastly, there is a trick you can take advantage of when facing an Arzuros. As we mentioned, these aggressive Fanged Beasts love Honey. Therefore, if you do have some Honey in your inventory, they might steal it from you when they hit you. If they do though, they are so obsessed with it that they will start eating right away, leaving them vulnerable for the whole instance. That’s your queue to unleash some easy, extra attacks, so carrying some Honey when farming an Arzuros is not a bad idea at all.

And with that, that is how you can successfully hunt and beat an Arzuros in Monster Hunter Rise. High Rank and Apex versions are way stronger than their normal variant, so beware (pun intended) of their charge attacks and sudden arm swipes.