Getting the perfect combos with Harley Quinn! 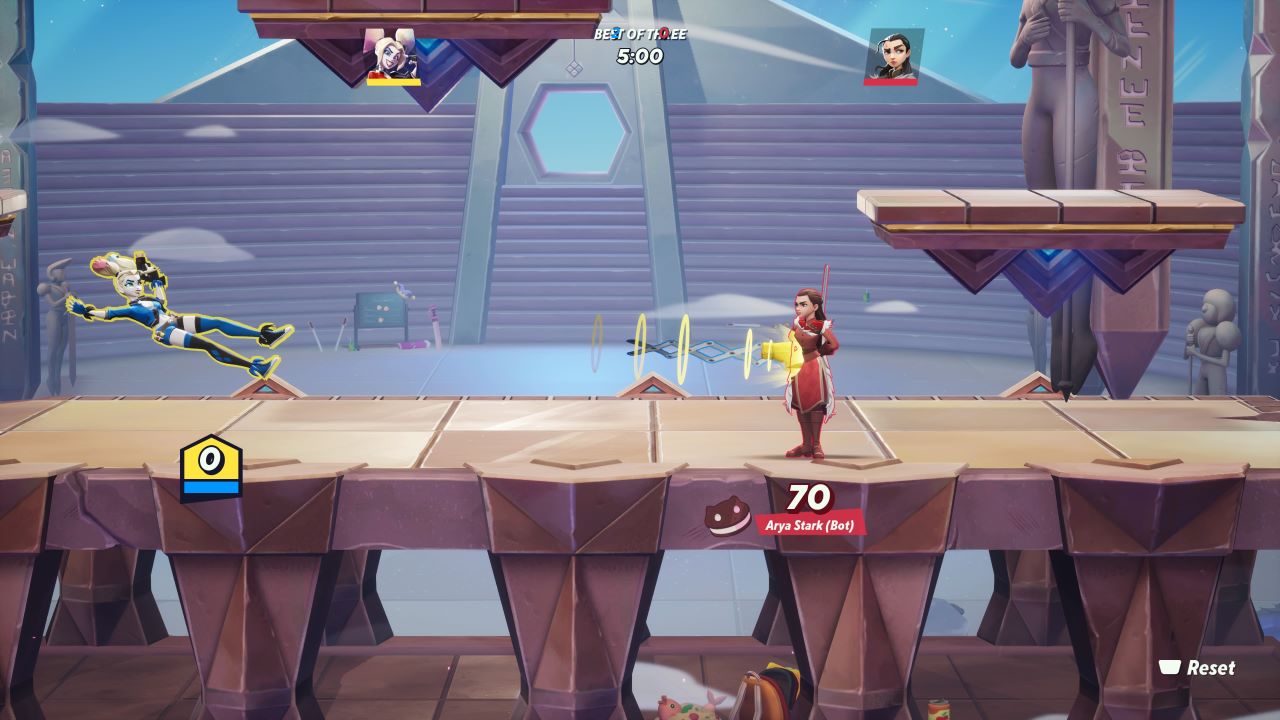 MultiVersus players have been enjoying diving into the open beta and experiencing this latest fighting experience. There is a lot on offer to play through and with the vast array of characters available, a lot of learning can be done about working out various strategies for each character. One certain character that players tend to gravitate towards a lot is Harley Quinn and rightly so for all of her style and attack patterns. This Harley Quinn MultiVersus guide article will take you through everything you need to know about how to utilize her to an excellent degree.

In order to get ready for a brilliant fight with Harley Quinn, you will want to make sure that you have the best perks equipped. I personally would recommend her signature perk of ‘Glove Control’ as you will be able to actually aim where you fire her glove. This will allow you to become a brutal opponent when an enemy is off the stage as you can aim towards them at diagonal downwards or upwards angles and keep them off the stage more allowing for a potential knockout in no time.

Further, having Up, Up, and A-Slay, triple jump, and Slippery Customer equipped will give you even more of an advantage. From extra damage to longer dodging invulnerability and more. In terms of combos, a great combo is to use Harley’s air down normal attack which is firing the boxing glove and then also setting up the balloon jack-in-a-box. Timing your combo so that you can fire the boxing glove into the enemy which sends them into the balloon and then performing an air-up attack will cause a lot of damage and you will get players out of the stage quickly.

While fighting with Harley Quinn it is important that you focus on dodging enemy attacks and then quickly getting attacks off. Combing the boxing glove attack with various other attacks such as the charged overhead swing and throwing the bomb towards enemies will create a lot of chaos on the field. Perfect for allowing you to get more attacks on the enemy with them being unaware of your strategy behind your attacks.

Ensure that when an enemy does go off the stage and is at the bottom half of the screen you jump towards them and then fire down at them. There is a high likelihood that you will be able to get a ringout when you get a hit on the other player. Whether you are wanting a character that will deal a lot of damage on the ground or in the air. Harley Quinn will have you covered and you will be hitting your enemies off the stage with a baseball bat or hammer very soon!