Pentiment: Release Date, Trailer, And Everything We Know So Far

Here is everything you need to know about Obisidian's upcoming murder mystery game!

Pentiment is a narrative adventure game by Obsidian Entertainment, the same development team that brought you Fallout New: Vegas and South Park: The Stick of Truth. The game was conceived and directed by video game designer Josh Sawyer. It is a murder mystery game with role-playing elements and a unique art style where your choices influence how the game plays out. Here is everything we know about Pentiment’s release date, story, and development.

Everything We Know So Far About Pentiment

The idea for Pentiment was created almost 20 years ago, and we finally get to see it brought to life. The game will have elements and components similar to Oxenfree and Night in the Woods. Here is everything you need to know about Pentiment.

Pentiment will be released for PC, Xbox One, and Xbox Series X|S on November 15, 2022. You can pre-install Pentiment if you have an active subscription to Xbox Game Pass. The game is only available for Windows and Xbox because Microsoft acquired Obsidian in 2018, which is why Xbox Game Studios is its publisher.

What We Know About Pentiment’s Story Pentiment takes place during 16th century Europe over 25 years at the Kiersau Abbey. You take on the role of Andreas Maler, who is a master artist that investigates the murder of an important figure and the subsequent accusation of the victim’s friend. Your goal is to solve murders that are taking place in the Bavarian Alps while navigating religious and political climates, an underlying conspiracy, and a colorful cast of characters.

Pentiment shines with its use of illuminated medieval manuscripts, woodcuts at the transition, and early print from medieval times to early modern art that breathes life into its world. Another significant aspect of the game is the fact that your choices directly influence the path of the game’s story, how generations of the colorful cast behave, and ultimately who is brought to

What We Know About Pentiment’s Development 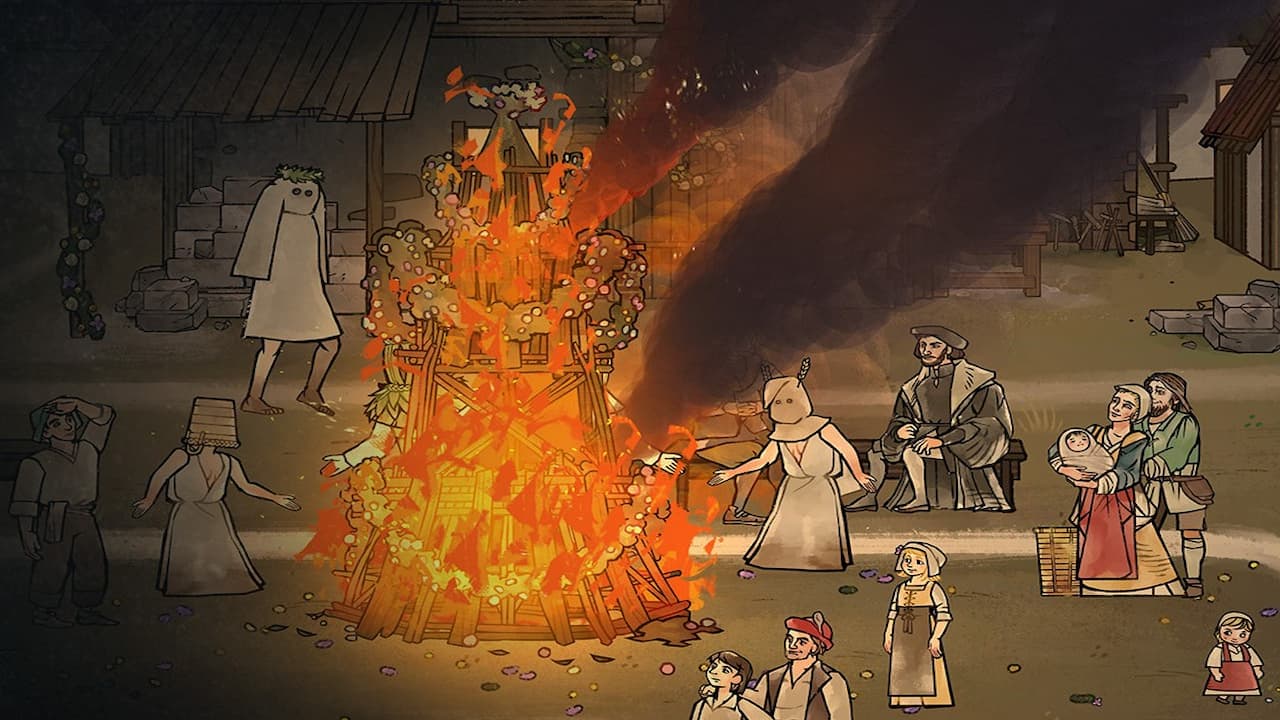 Josh Sawyer first came up with the idea for Pentiment when he worked at Black Isle Studios, where he worked on games such as Icewind Dale. He would leave Black Isle Studios and join Obsidian Entertainment, where he worked in various positions on games like Neverwinter Nights, Fallout: New Vegas, and Pillars of Entertainment. Nineteen years later, Josh would again pitch his idea for Pentiment, and a small team was created to put together to help create his longtime vision.

Pentiment’s art style is brought to life through art director Hannah Kennedy’s art style, which was heavily influenced by the work of art found at the Getty museum and Hunting Library. She also consulted with Christopher de Hamel, who is a manuscript expert. Her involvement brings authenticity to the era and locations where the game takes place.

Pentiment deals with heavy topics like sexual activities, assault, abortion, and suicide. Visually, the game shows stylized gore, public executions, strong language, and drug and alcohol use. Since Pentiment embraces its era and setting, much of the material may be challenging and potentially triggering for some players.

Pentiment is available for preorder on PC, Xbox One, Xbox Series X|S, and Xbox Game Pass.

Attack of the Fanboy / GAME GUIDES / Pentiment: Release Date, Trailer, And Everything We Know So Far