Pokemon Legends Arceus: How to Evolve Qwilfish into Overqwil

This pufferfish can finally hang with the big leagues. 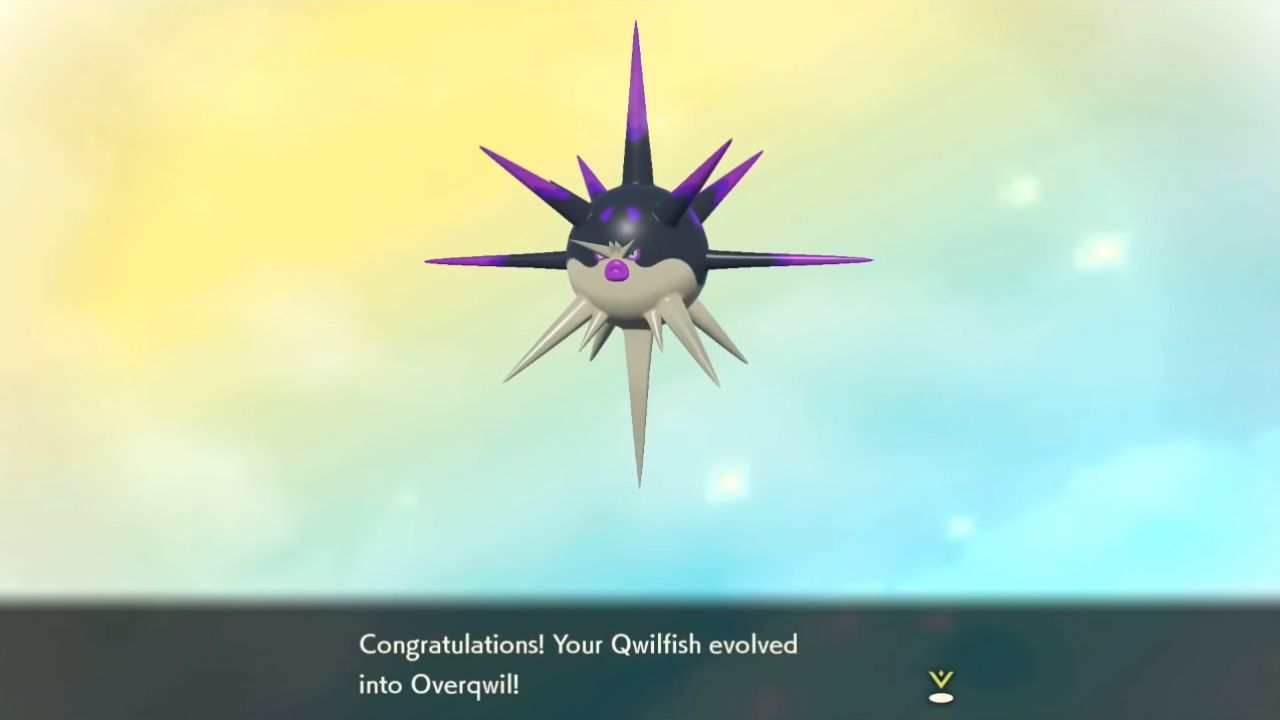 Qwilfish was just one of those Pokemon that was left in the evolutionary ether of untapped potential. It’s basically up there with Dunsparce among a few others who haven’t really seen the light of day until Legends: Arceus. This poison barbed pufferfish now has an evolution and it is fearsome. Here is how you can evolve Qwilfish into Overqwil in Pokemon Legends: Arceus.

How to evolve Qwilfish into Overqwil in Pokemon Legends: Arceus

This Pokemon does not evolve through your conventional means like using an evolution stone or leveling up. Instead, you have to have a Qwilfish that knows the move “Barb Barrage” and use the Strong Style of the move 20 different times. It’s a bit cryptic, but it has a major payout.

Luckily, Qwilfish learns this move at level 15, but won’t learn the Strong variant until level 25. If you want to skip that part, you can simply give Zisu a Seed of Mastery so she can instantly unlock the Strong Style of that move. In any case, once it’s unlocked, you’re good to go.

You also don’t have to keep track of how many times you used the move. Unlike in previous Pokemon games, when a Pokemon is ready to evolve, the game will notify you.

Overqwil is a force to be reckoned with. It has an extremely high HP, Attack, and Defense stat, with a very solid Speed stat. Its only real weakness is its fairly low Sp. Defense stat. If you can increase the effort levels of this Pokemon with a focus on its Attack and Speed alone, it can sweep basically any Pokemon you face in Legends: Arceus.

Qwilfish finally has its day, and its evolution’s Attack rivals that to the offensive powers of other Pokemon like Kleavor, Sneasler, and even Hisuian Arcanine. You absolutely have to get this Pokemon with an Adamant or Jolly nature to really make it shine.

Attack of the Fanboy / GAME GUIDES / Pokemon Legends Arceus: How to Evolve Qwilfish into Overqwil