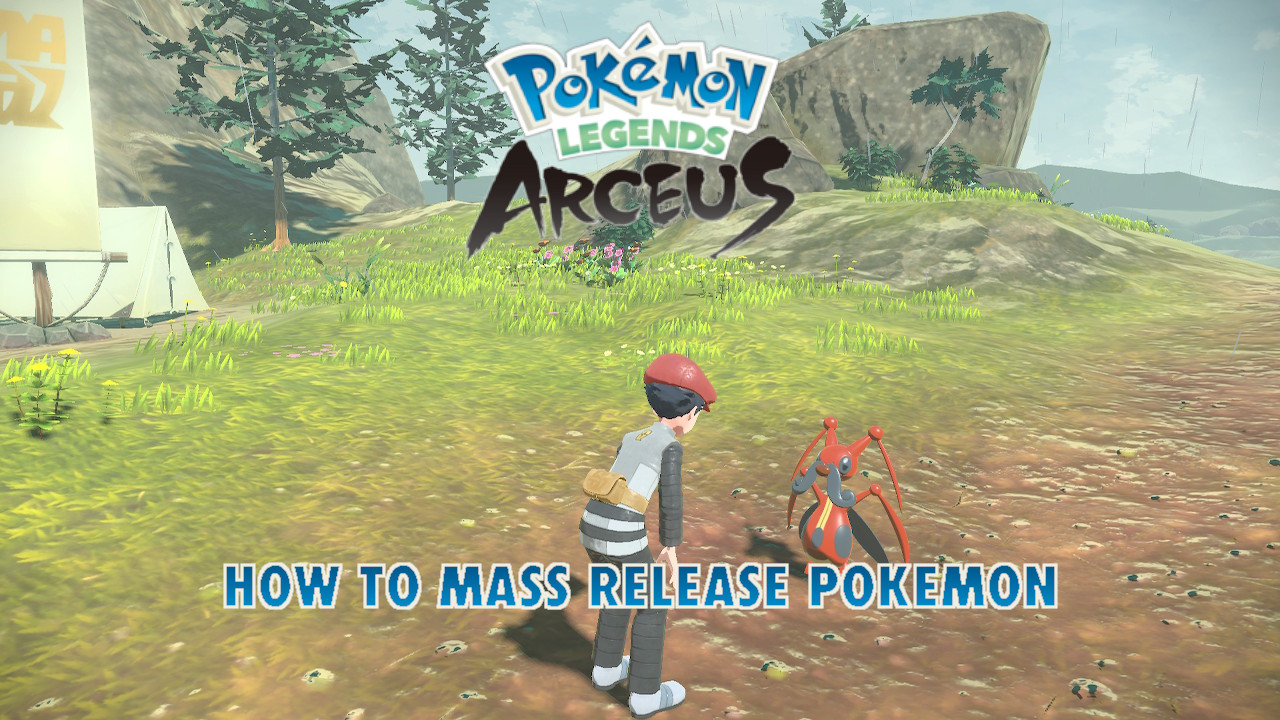 Greetings, trainers!  Chances are you’ve been out adventuring in the Hisui Region and capturing loads of Pokemon, especially since you can capture multiple in rapid succession in Pokemon Legends Arceus.  You’ll be glad to know that there indeed is an option to Mass Release your Pokemon if your Pastures are starting to look a little more full, a feature that stands in for the PC Box this time around.  Read on for How to Mass Release Pokemon in Pokemon Legends Arceus! The way to Mass Release Pokemon is simple, all you need to do is capture enough Pokemon to fully occupy 4 Pastures and then return to Marie, she will give a quick speech about giving you the option to release multiple Pokemon.  Once you are done, speak with Marie again and you’ll open the Pasture menu, after which you’ll now see the option to press ‘X’ shown on the bottom right of the screen to “Release Multiple” Pokemon.  Choose this option, select the Pokemon you need to release, which you can organize and arrange beforehand either with the ‘Multiselect’ or ‘Move’ selection modes and hit ‘Yes’ as long as you’re comfortable with releasing these ‘mons.  This can be an emotional process if you grow attached to any Pokemon in your Pastures, so make sure you select only the ones you need to release.  Finally, once you’ve unlocked this, you can approach the Galaxy Member stationed at your Campsites too, and select “I want to see my Pokemon” to view your Pasture and Mass Release at these locations as well. Once you’ve released your first Pokemon, if you haven’t done so already, you’ll be approached by Oscar who tells you that the Pokemon you just released left behind an item, a sack of Grit items.  This item is far more than just a bag of dirt, and when used on a Pokemon, it will increase the Effort Level of one of their 6 Base Stats, meaning they’ll be better overall!  Grit items do the following: Grit Dust improves Effort Levels from 0 up to 3; Grit Gravel 3 up to 6; Grit Pebbles 6 up to 9; Grit Rocks 9 up to 10.

To summarize how to Mass Release:

One piece of parting advice to pass onto other players is not to release individual Pokemon too much early on, and instead, save for this option to open up more quickly.  This concludes our guide on How to Mass Release Pokemon in Pokemon Legends Arceus!  Read more of our guides for additional goodies like how to catch Arceus, Giratina, and more!