Learning What There Is of the Auto System. 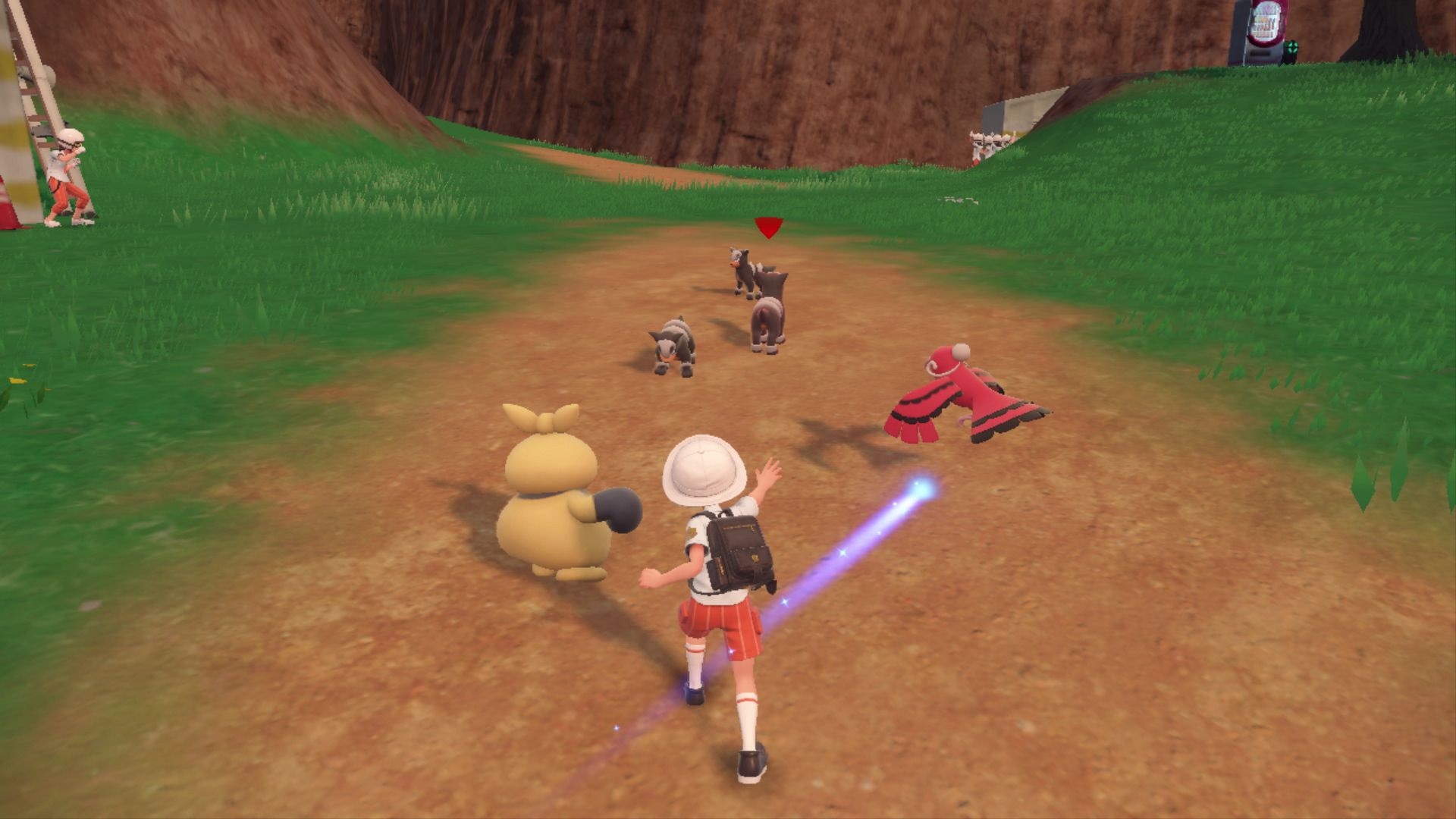 The Let’s Go system, drawing attention as an auto battling system in Pokemon Scarlet and Violet, is a new feature that was recently unveiled on the official website, alongside a trailer showing off each plot line that can be navigated while playing through the different segments of the new mainline titles. This system looks to come with a series of different implications, including giving players the affordance to do other things while their partner Pokemon take care of themselves in the open world. Let’s examine this further.

What Is the Let’s Go Feature in Pokemon Scarlet and Violet?

From reading related information on the official website, the system looks to be an amalgamation of systems that Pokemon mainline titles have done in the past, and mechanics that have never seen implementation before. The Let’s Go system gives players the affordance to have one Pokemon following them at all times while traversing the open world of the Paldea region, which is similar to the partner/follower Pokemon function that has existed in past mainline games.

In addition, players can press the let’s go button to send Pokemon out to explore on their own. The Pokemon is sent out in the direction that the player indicated and will start either searching for items or seeking battles with other Pokemon it encounters along the way. The player-owned pokemon is essentially run by AI when sent out using let’s go, gaining exp and earning items for the player while the player is doing other things on the map.

It is necessary to note that this Let’s Go feature is of great importance while tackling the endless grunts of Team Star being sent the player’s way while attempting to take down villain bases. Auto Battle will speed up the rates at which the player is taking down hordes of enemy Pokemon. From the looks of it, this mechanic seems to allow multiple battles going on at the same time, with one battle controlled by the player, while others are taken care of by the Pokemon they’ve sent out via Let’s Go.

At the end of the day, the feature will likely see the most use when players are attempting to grind out levels for new Pokemon they’ve acquired in the Paldea region, a more organic alternative to the experience share device from past titles. It will also be interesting to see how well the system would function in conjunction with the multiplayer system that will see implementation, as Let’s Go isn’t stated to be a function that is exclusive to single-player.