Rainbow Six Extraction: Can You Skip the VR Training Tutorial?

Learn the basics before heading out into the field. 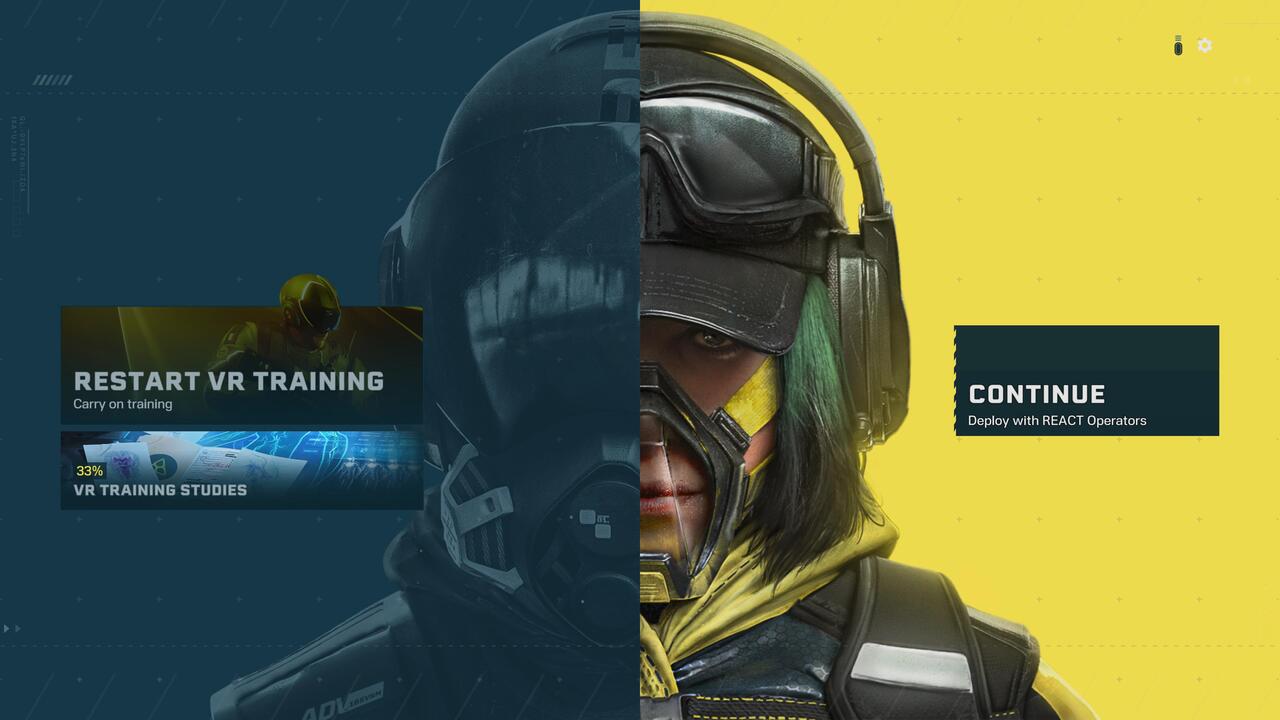 Tom Clancy’s Rainbow Six Extraction has a few unique mechanics that separate it from other co-op shooters, so it drops new players into a VR Training tutorial before letting them jump into real matches with other players online. Many new players, especially those with tons of hours in Rainbow Six Siege, will want to skip the tutorial and dive straight into the action, but does the game let you do that? Even if it’s a short experience, sitting through a forced tutorial is almost never a fun time. Here’s how to get through the Rainbow Six Extraction VR Training tutorial.

Can You Skip the Rainbow Six Extraction Tutorial?

Unfortunately, you cannot skip the initial VR Training tutorial mode in Rainbow Six Extraction. When you first start the game, you will only be able to select VR Training at the main menu until you complete the tutorial. The first VR Training mission teaches players the basics of the game, including how to destroy nests and rescue MIA Operators.

These are important skills to have in Rainbow Six Extraction, and given the game’s heavy focus on cooperative play, the game wants to make sure everyone knows how to handle the Archaean threat before they start playing online matches. Thankfully, the tutorial is very short and only requires players to complete three objectives, which is the standard length of a normal mission. After rescuing the MIA Operator in the third zone, players will be able to extract from the hot zone.

After returning to the main menu, you’ll be able to select Continue and play real matches with other players. Once you finish the tutorial, you can return to VR Training at any time to brush up on the basics or complete any Studies you may have missed. If you’re ready to press on though, then you can invite some friends or jump into missions solo.

Attack of the Fanboy / GAME GUIDES / Rainbow Six Extraction: Can You Skip the VR Training Tutorial?