Splitgate: How to Do the Helix Race

Races are the perfect way to learn the portal mechanic

Splitgate has taken the world by storm since the game went into beta in July 2021. Blending games such as Halo and Portal together, Splitgate is a fast-paced arena shooter with players being able to create portals to move between areas of the map which really adds a new level of depth to the genre. The portal mechanic can create some really interesting moments, but it can be difficult to get used to, especially when it comes to exploiting it for some high-level action. To help players learn the mechanic, the developers have added races to the game which focuses heavily on portals, especially to get a good time. Here is how to do the Helix Race in Splitgate.

How to do the Helix Race in Splitgate 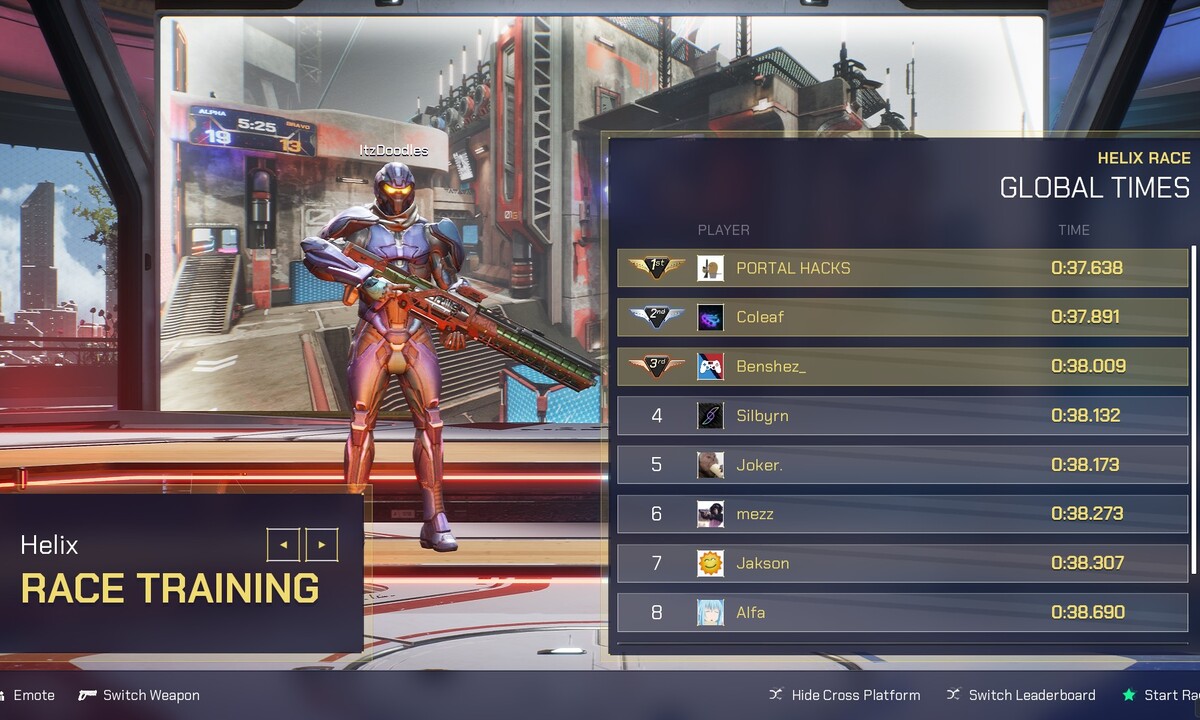 To find the Helix Race, you need to head to the Training tab in the Splitgate lobby. The Training tab will give you the option to complete Races, the Practice Range, and a bunch of different Tutorials to learn the mechanics. When you click on Races, the Helix Race is the third one to the right, click the Start Race button on the bottom right to begin. You can play these Races as many times as you’d like to keep improving your times and learning the mechanics. There is a Race for each map in the game, so these can be a great tool to learning each map top to bottom, as well as learning the portal locations for each.

It was recently revealed that the free to play FPS game will be staying in beta indefinitely after over 10 million players installed the game in the first 30 days. Splitgate is currently available on PC via Steam, PlayStation 4, Xbox One, as well as PlayStation 5 and Xbox Series X|S via backwards compatibility. A Nintendo Switch and mobile version is planned for the future, but no roadmap or release date has been given for these ports.

Home / Game Guides / Splitgate: How to Do the Helix Race