Pounding Drums to the Beat of Genshin Music. 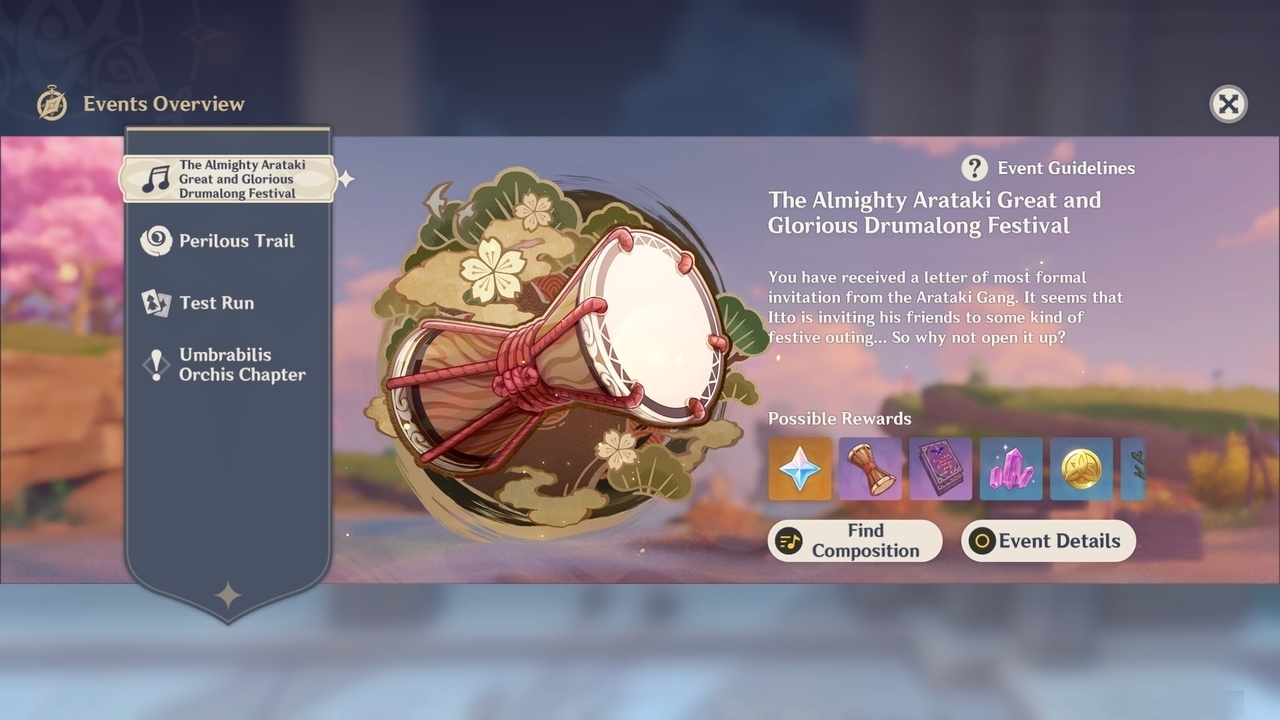 The newest event in Genshin Impact, the Almighty Arataki Great and Glorious Drumalong Festival aside from being a mouthful is the newest iteration of past rhythm gaming events that’s been held in Genshin Impact, one such example was the Windblume Festival back during version 1.4. Arataki Itto haphazardly set up this current event to celebrate the achievements of his associates and friends, attempting to invoke the same festive spirit seen before in past patches. This guide intends to illustrate what the traveler could obtain from partaking in this limited event, and when its content will open up fully to players.

The Almighty Arataki event runs from the 13th of June to the 4th of July. Players can expect to earn up to 420 Primogems from the event, supplemented by a musical gadget, a bunch of Mora, character experience books, and weapon ascension materials. There are seven musical tracks in total that are unlocked with every passing day since the event commenced. Meaning all of the tracks will be available to players starting from the 19th of June.

Earning rewards from the event will require players to complete tracks via pressing the correct buttons to the beat of the button prompts that are displayed on the game screen, matching the rhythm of the musical tracks they accompany. They are then assigned a rank according to how accurately they’ve pressed those buttons. The gameplay mechanics in this version are more similar to rhythm games like Arcaea or Voez, where players are expected to hit horizontally falling notes. 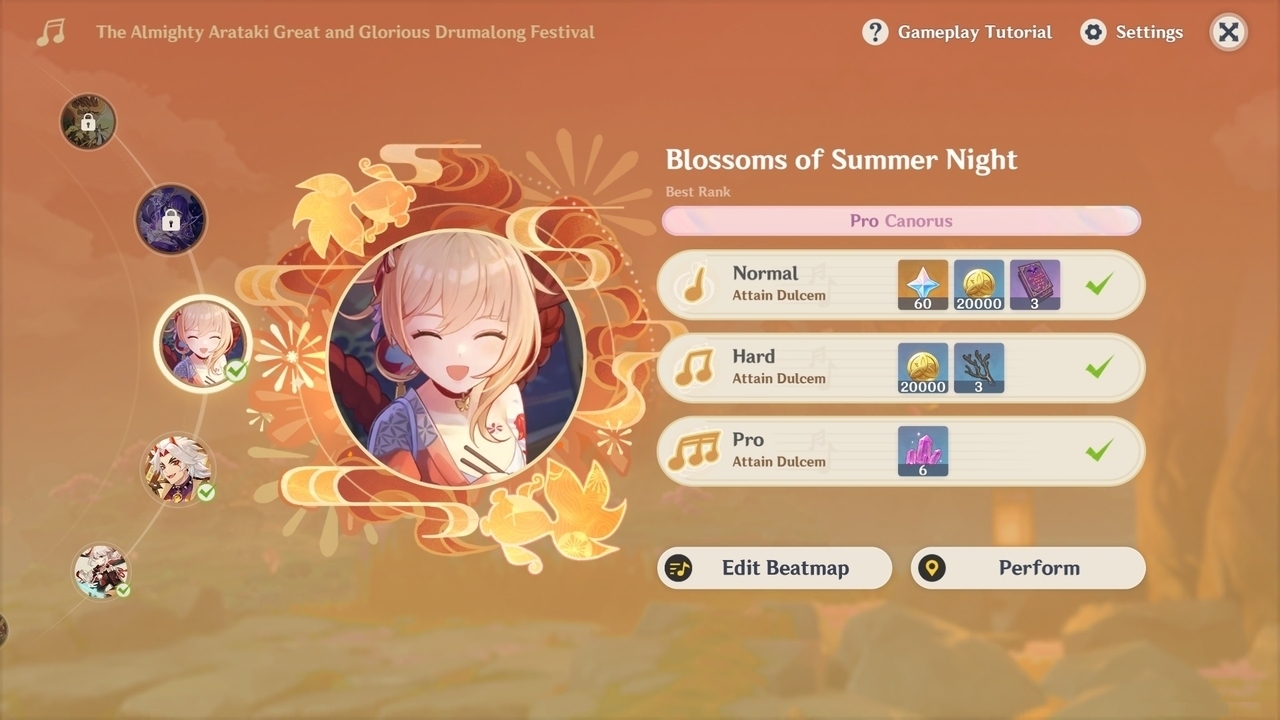 Players can expect to obtain the bulk of the rewards with little hassle as they are locked behind passing each musical track on the easiest difficulty. But in the instance where they want all of the associative rewards, it is recommended to check the gameplay details for the game and to calibrate their input lag as precisely as they can. Having a firmer grasp of the note charts for each track and the way inputs work will go a long way in easing new players foreign to the concept of rhythm gaming to this current event.

With some practice and enough attempts, players should find themselves earning top scores and dabbling with custom charts in no time, that is, if they are keen on exercising their fingers to a greater extent following the entirety of the Almighty Arataki Drumalong.