This month's event is already an improvement over the Lantern Rite. 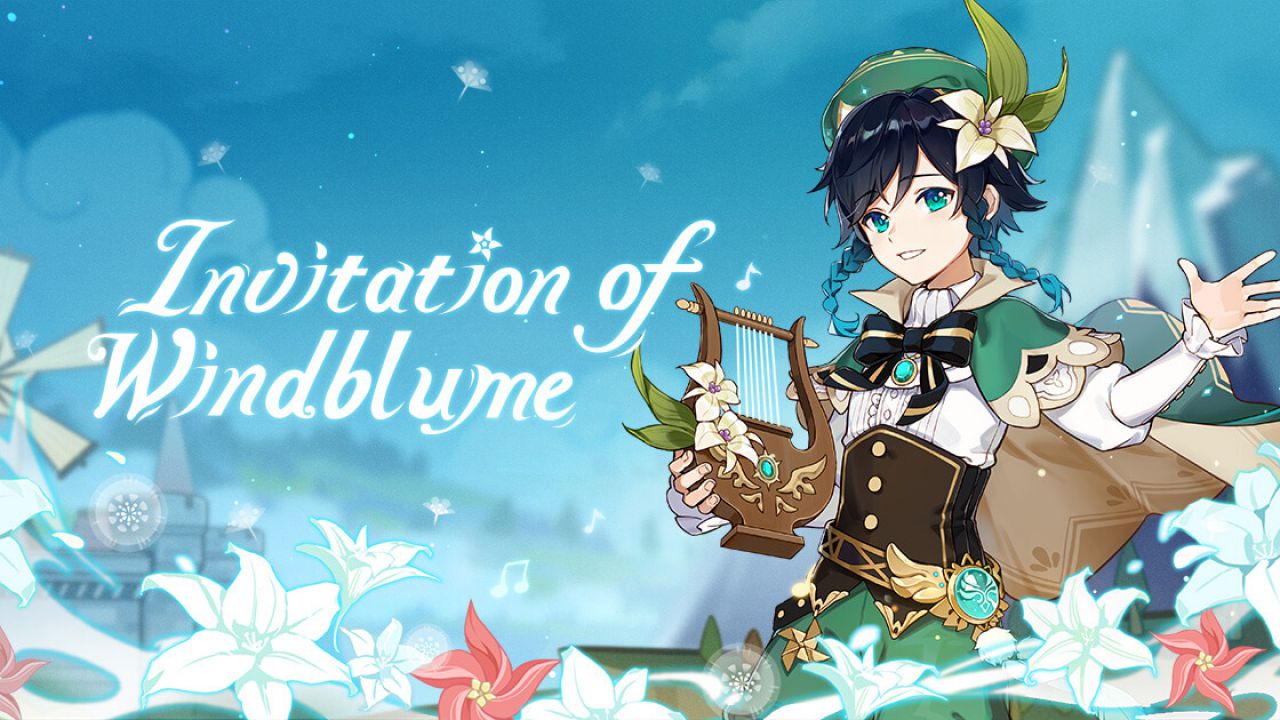 Genshin Impact Version 1.4 comes with the “Invitation of Windblume” event in Mondstadt, and much like 1.3’s Lantern Rite it is chock-full of minigames, quests, and rewards. You’ll need to be some ways into the game to participate however, though you have a couple weeks before the Windblume Festival comes to a close.

Genshin Impact: Invitation of Windblume is accessible at AR 20, and after completing the Mondstadt Archon quest.

The “Invitation of Windblume” event in Genshin Impact is very similar to last month’s Lantern Rite, to include the participation requirement. Players must first reach Adventure Rank 20 and have completed the Archon Quest “Prologue: Act III – Song of the Dragon and Freedom”. Once both of those hurdles have been overcome prospective Windblume Festival participates simply need to enter Mondstadt to kick off the introductory quest. 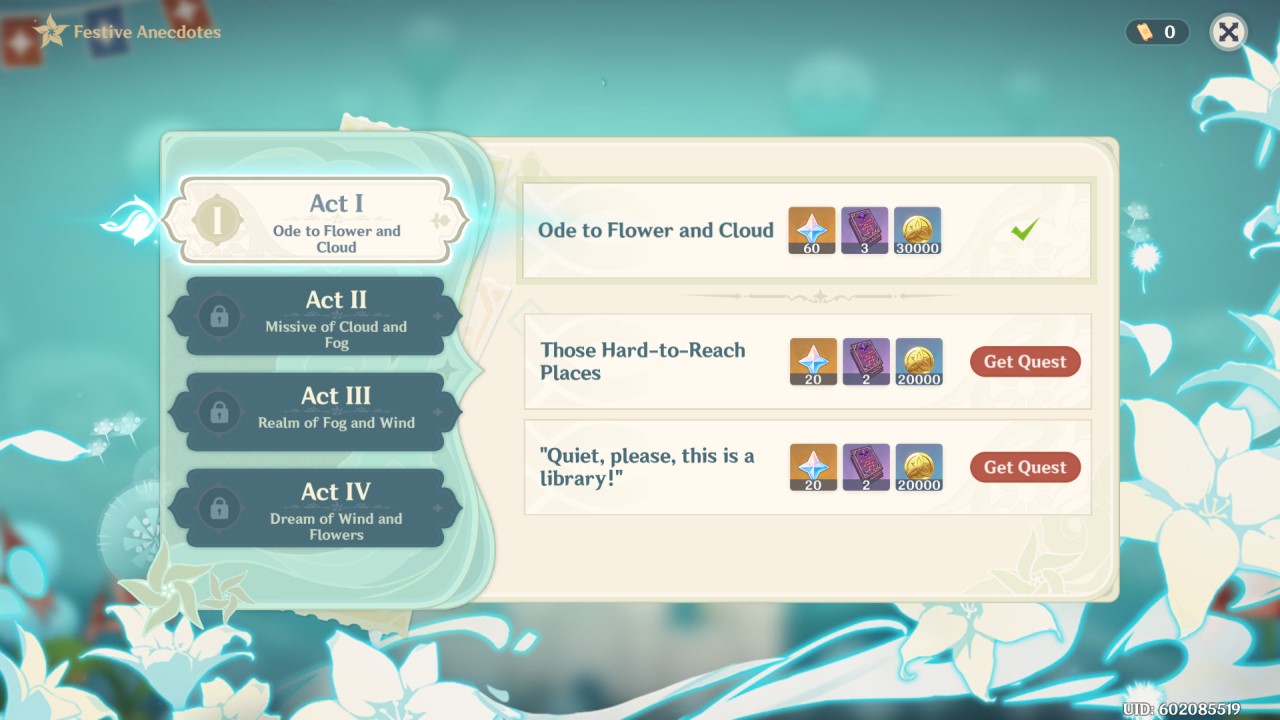 The Festive Anecdotes in the Invitation of Windblime event contains four story Acts, and the first Act, “Ode to Flower and Cloud”, is available here at the start of the Windblume Festival. The following for Acts will become available: 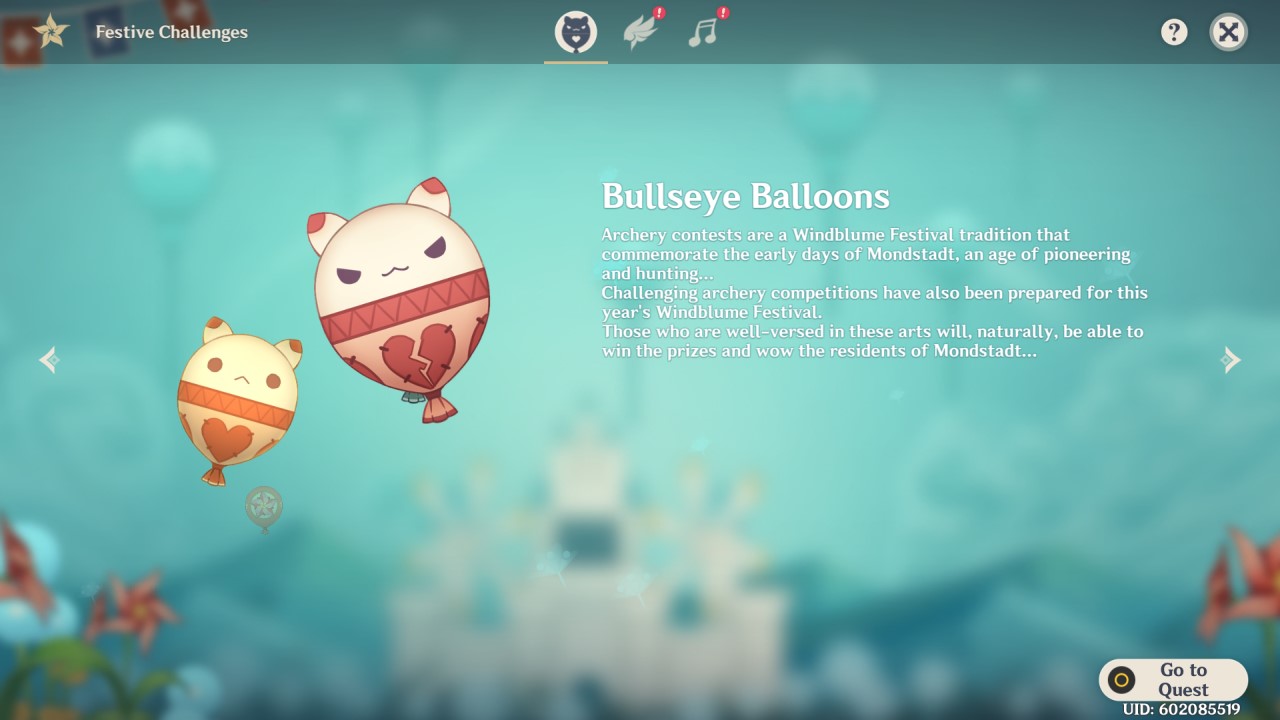 The Festive Challenges in the Invitation of Windblume event are a collection of three mini-games, and completing them will grant you the event currency, Festive Tour Tickets. These tickets are used in the event shop to grab Mora, Hero’s Wits, and more.

The three mini-games that make up the Festive Challenges in Genshin Impact’s Windblume Festival are:

Each Festive Challenges mini-game will have a selection of challenges, and more will become available over the coming days. These challenges can be played in co-op, but the Festive Tour Coupons can only be obtained while playing solo. 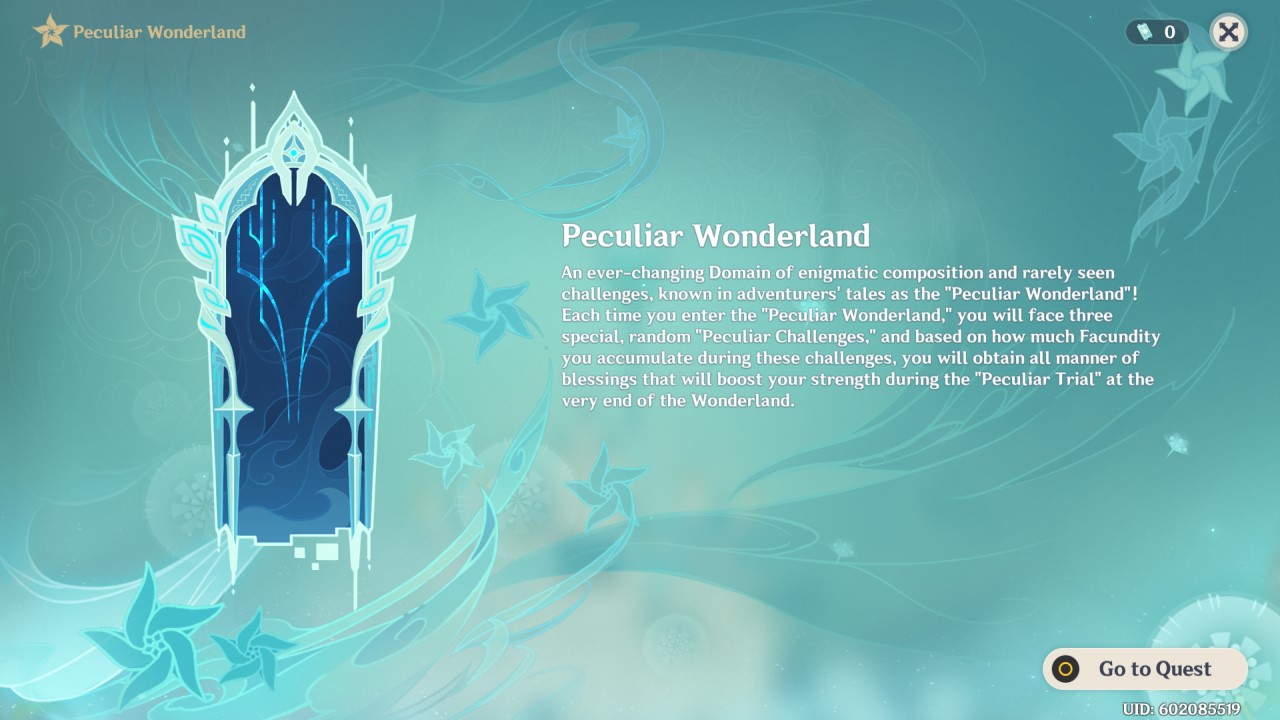 The Peculiar Wonderland can best be described as “Fall Guys, but within a Genshin Impact domain.” Players will have to clear three challenges selected at random before tackling a final combat trial at the end.

The better players perform in each challenge the more Facundity they’ll acquire, which will trigger powerful buffs called “Blessings.” These Blessings will help players overcome the combat trial at the end, which will feature a selection of strong opponents.

Completing Peculiar Wonderland runs will net players Peculiar Collab Coupons, which can be used in the Invitation of Windblume event shop to purchase the new Windblume Ode bow, as well as its specialized refinement material and ascension materials (among other things). 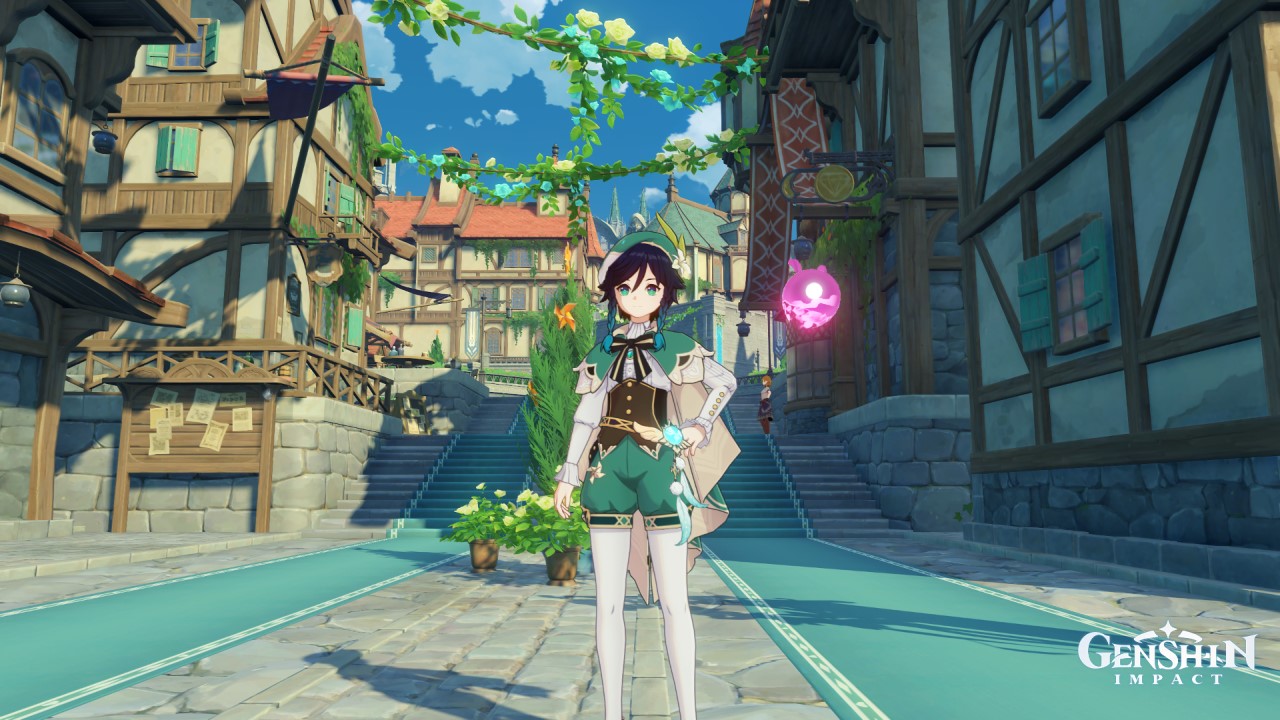 Visit Mondstadt to unlock everything.

All players need to do to participate in the Invitation of Windblume event in Genshin Impact (after meeting the AR 20 and Archon quest requirements) is visit Mondstadt, where the “Ode to Flower and Cloud” quest will automatically begin.

Completing this quest will unlock the full event proper, allowing players to participate in both the Festival Challenges and Peculiar Wonderland. Complete these and their associated bonus tasks for the event currencies – Festive Tour Tickets and Peculiar Collab Coupons – to grab rewards out of the Windblume Festival event shop. The Festival Anecdotes have a handful of quests per Act, and players can complete three at the start of the event, with more to come as each Act unlocks.

That’s the long and short of the Invitation of Windblume event in Genshin Impact. It’s relatively simpler than the Lantern Rite, and there are fewer fetch quests this time around (though they do still exist). Player have until April 5th to take part in the celebrations.