Keep your best rolls for later use with this new feature. 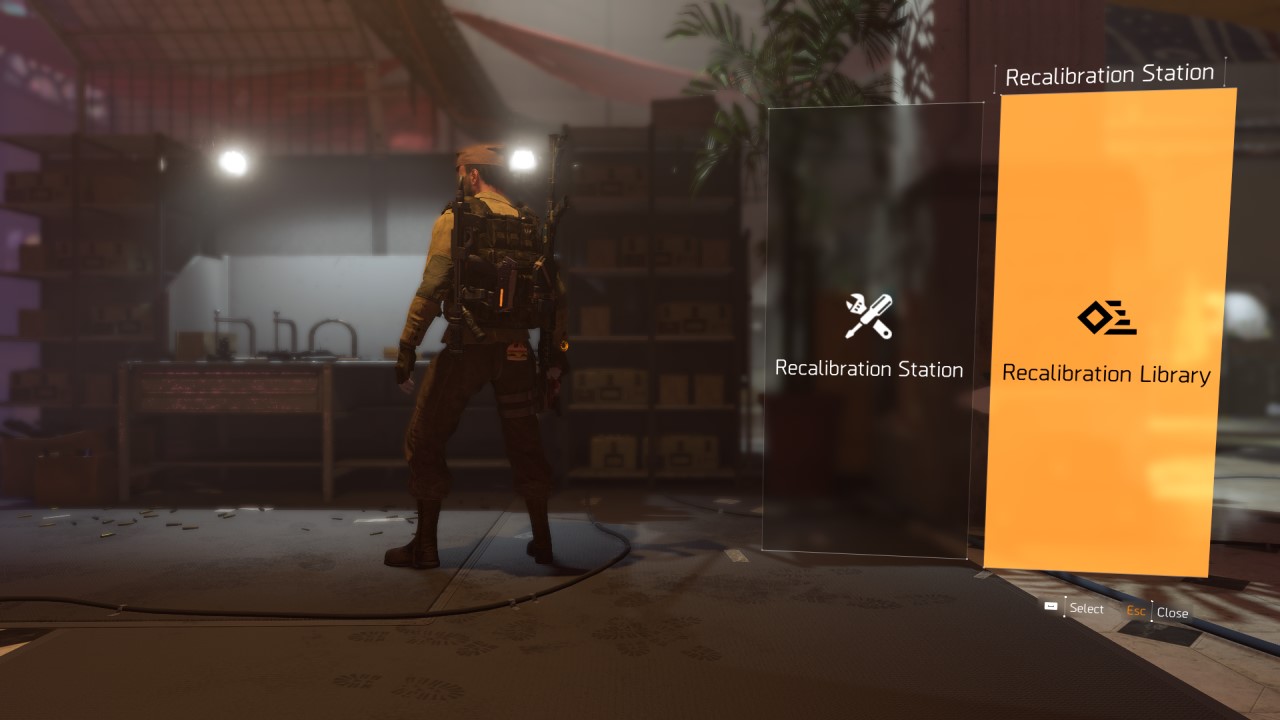 The Division 2: Warlords of New York brought an abundance of alterations to the game, and the Recalibration Library was added to ensure every piece of gear that dropped was valuable. The new library may take a moment of adjustment before it clicks, but with this guide you’ll understand its many nuances in no time.

The stored attributes and talents in the library can be used an unlimited amount of times once banked, and they require no materials to save (though, rolling them into gear does). Every item type in the game has a set number of core attributes, regular attributes, and talents (where compatible) displayed within the library, and these can all be inputted within it.

To start, every item you pick up in The Division 2: Warlords of New York now has a meter below each stat that will indicate how good of a roll it is. Underneath this meter will be an arrow displaying what you have stored in your Recalibration Library. If you haven’t store that stat yet the arrow will be on the far left. Each stat stored is saved per item type, meaning you will see what is saved for that item – say weapon damage for SMGs, for example. 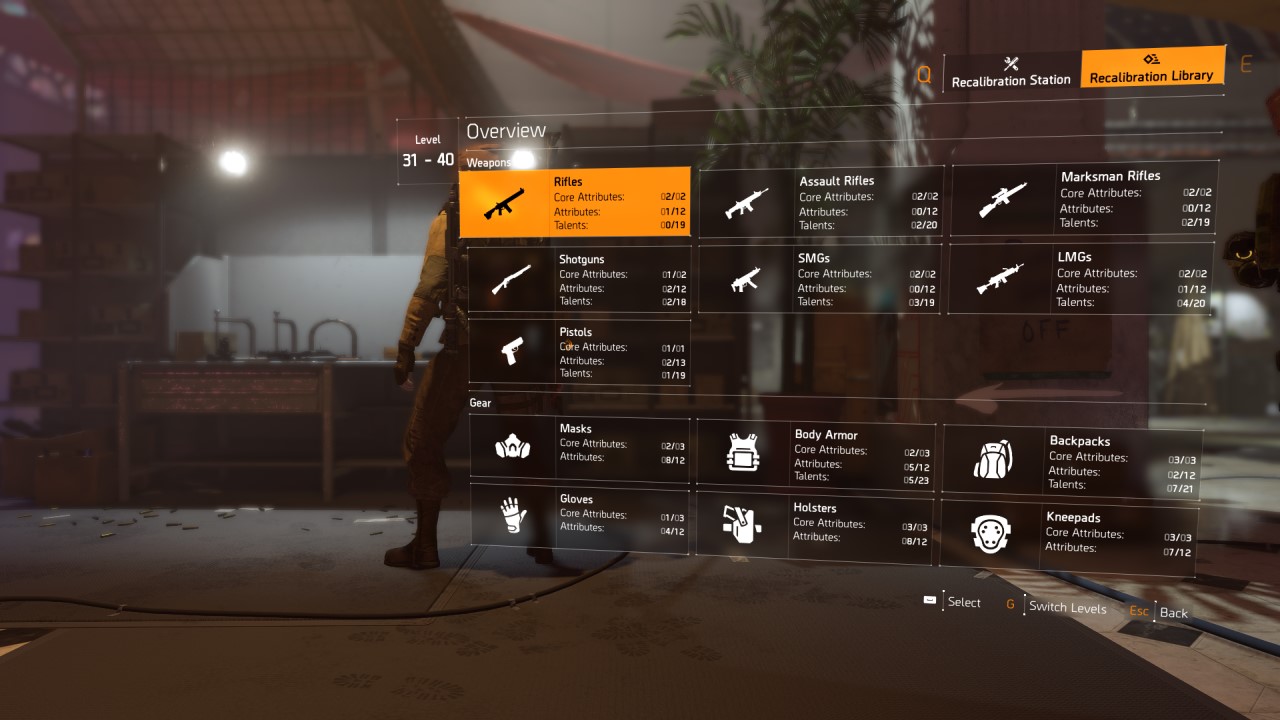 If the arrow is at a point before the end of the meter then the stat on that item is better than what you have banked. If the arrow is beyond the meter then the roll is worse than what you have banked. The library itself will only highlight stats that can be upgraded and talents that have not yet been banked, so you don’t have to worry about filtering through every item to figure out what is an upgrade for the Recalibration Library.

If a stat is highlighted in orange it is a God Roll – I.E. a maxed-out roll. The arrow will be all the way on the right, and unless you have already banked that God Roll for that specific item type you can store it in the Recalibration Library. The arrow will be orange if you have a God Roll for that stat in the library, and an arrow should not appear on God Rolls you have already placed in the Recalibration Library.

Talents will have an icon below the their icon to indicate they have been banked, simple as that. Once again, this is on a per item type basis, so if you have Spiked saved from an SMG you will need to find an LMG with that talent if you wish to roll it into your LMGs. 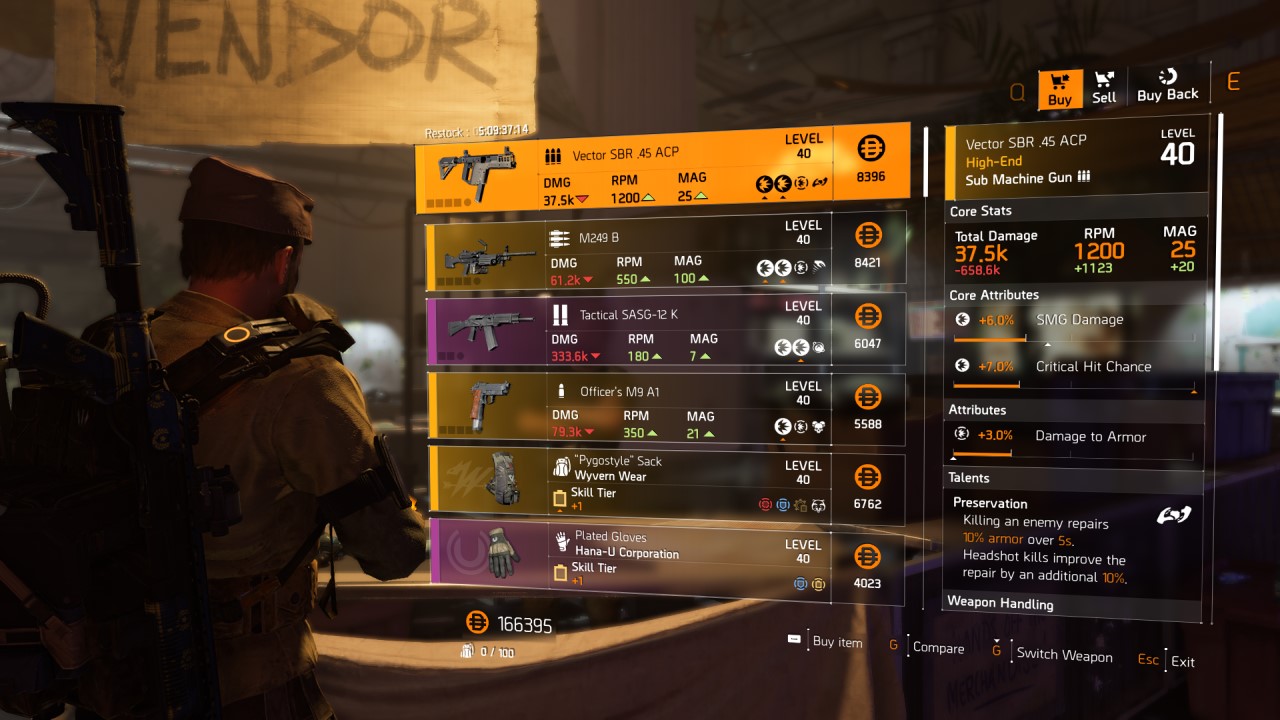 Once you have a stat or talent stored they can be used to replace a similar roll on an item of the same type it was pulled from. “Similar roll” meaning core attributes can replace core attributes, attributes are able to replace other regular attributes, and talents swap out with the existing talent (so, no swapping an attribute for a second talent, The Division 2 is trying to maintain some semblance of “balance”).

Gear mod slots can also be swapped in the Recalibration Station, but these do not need to be banked in the Recalibration Library to do so. Items can only have one thing swapped on them, so if you swap the talent you can’t swap any other stat on it in the future. You can continue to replace that talent with other talents, but that’s it. Same goes for the other rolls. 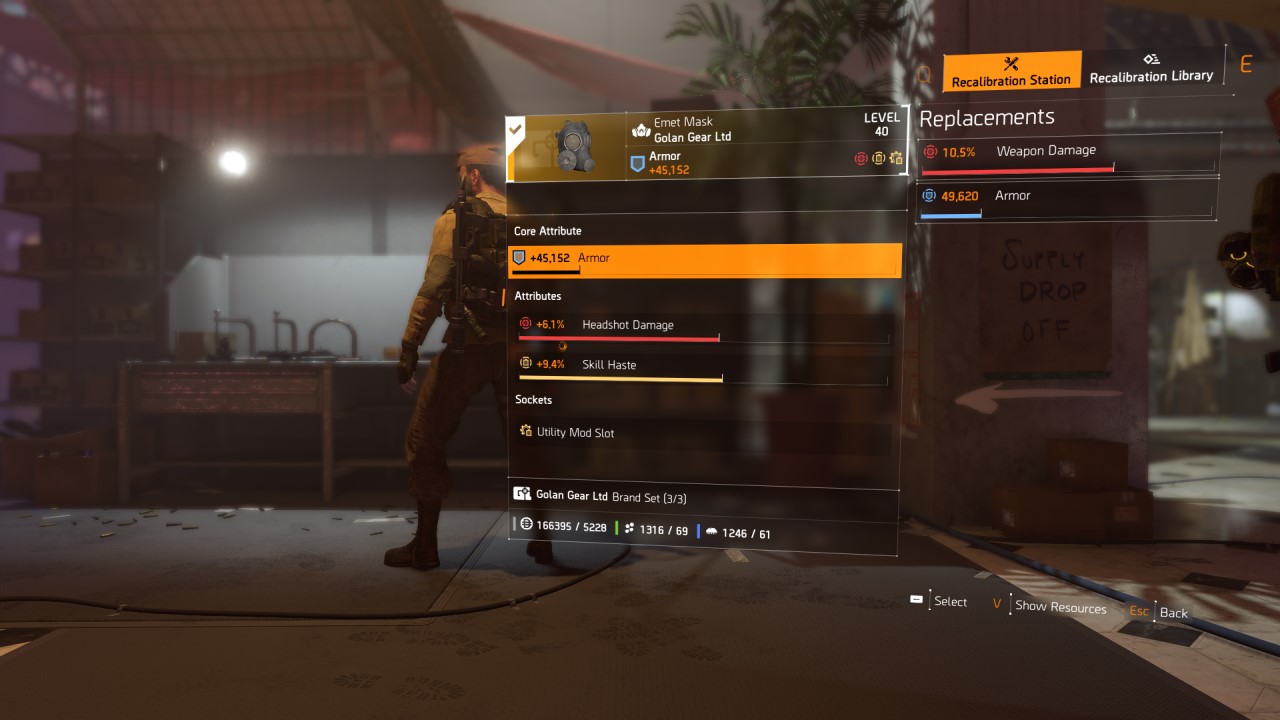 Swapping a roll requires credits and materials; roughly 6k credits and 70 mats. You’ll want to save up before you go crazy with recalibration, but it’s not so prohibitively expensive that you’ll need to farm for hours to reroll one item. Selling off a small haul of loot and scavenging as you explore both Warlords of New York and the base game will support your recalibration habit.

That’s how the Recalibration Library works in The Division 2: Warlords of New York. Clear out those stashes, and pick up all the loot you find to fill out your little prepper Pokédex. Outside of crafting perfect builds, loading the library with God Rolls and every talent should give endgame players a renewed sense of purpose while grinding.