The latest news in the world of video games at Attack of the Fanboy
November 7th, 2022 by Ramses Miaco 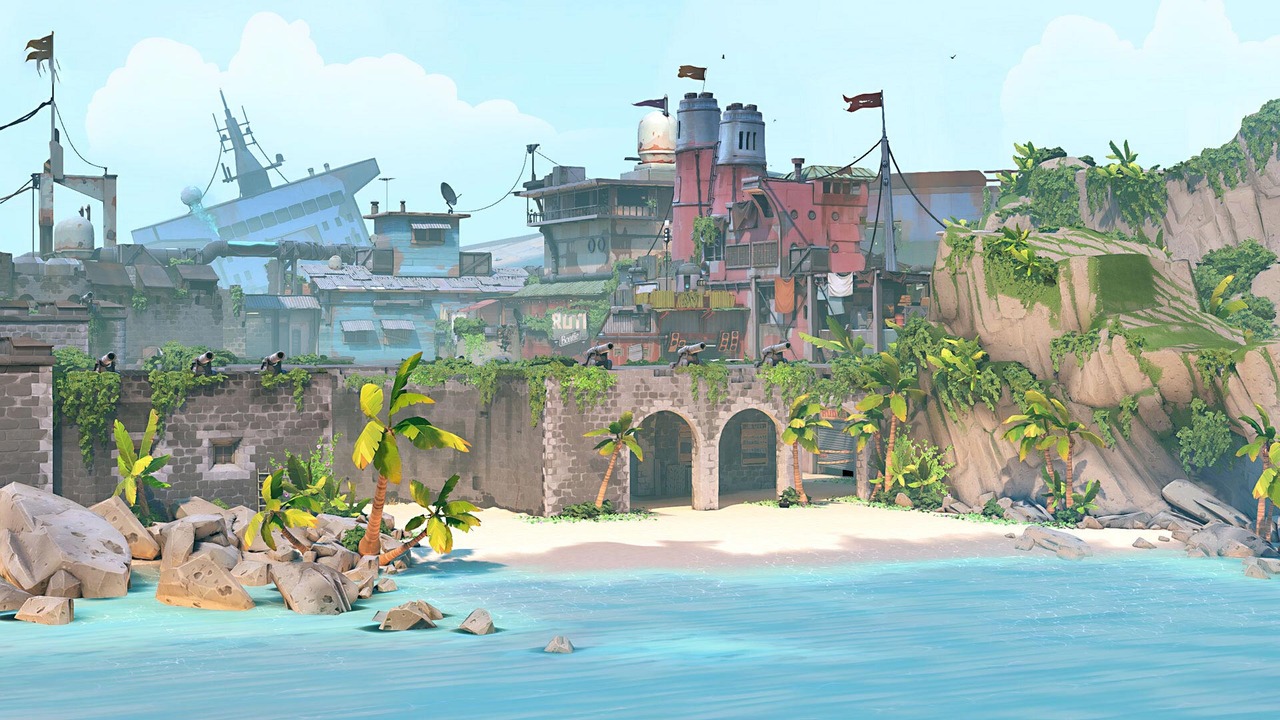 Viper is a controller agent that can block multiple sightlines because of her Toxic Screen, making her a strong pick for Valorant’s Breeze, one of the biggest maps in a tactical shooter. If you want to dominate your enemies in the spacious map, here are the best Viper Breeze lineups and setups!

All The Best Viper Breeze Lineups and Setups

A Side Pyramid Lineup

This second one is similar to the default lineup but is meant for the safer planting spot on the side of the right Pyramid in A Site. To do this, stand on the same spot as the previous lineup, and place your crosshair slightly below the middle leaf.

Almost every spike planted in Breeze’s B Site is on the default spot. This Snakebite lineup is a strong and safe one that will definitely win you rounds. Stand on the side of the small rectangular wood on Mid Cannon. Place your crosshair on the protruding leaf directly above you. Perform a standing throw, and the Snake Bite will land on the default planting spot.

Sometimes attackers like to plant on the side of the box in B Site. Like the A Site lineups, this one is similar to the previous B Site default spot. Stand on the same spot, the rectangular wood in Mid Cannon, then place your crosshair slightly on the right side of the protruding plant above you. Doing this will make the Snakebite land beside the huge box in B Site.

Viper’s attacking setup in A Site is pretty straightforward. To perform the Poison Orb lineup, stand on the massive metal wall seen on A Lobby, then place your crosshair on top of the circular roof above you. Perform a standing throw, landing directly in front of the right pyramid.

For the Toxic Screen lineup, just walk a little from your previous location, then line your crosshair slightly on the right of the tires in front of you. This attacking setup will cover most of the typical spots where enemies play. Make sure to clear close angles to have a safe entry on the site.

During attacking rounds, the strongest and probably the most common setup for Viper is the straight Toxic Screen that blocks B Tunnel, B Wall, and Defender Arches. It is also elementary to do. While on B Main, just place your crosshair and look at the map until the Toxic Screen is on the perfect spot.

On the other hand, the Poison Orb is best used directly on the planting spot to have a perfect chance of delaying attackers with your Snake Bite lineups.

Both of these ability lineups are easy to remember. For the Toxic Screen, you just have to line it up against the barrier in A Site. If you prefer using Poison Orb instead, just stand behind the middle of the two pyramids in A Site, then place your crosshair slightly below the upper part of the entrance of A Site.

Like its site counterpart, the lineups for B Site are also easy to do. Just throw the Poison Orb in front of the Barrier in B Site. You can also use your Toxic Screen instead by lining it up against the Lighthouse in the middle of the site.

Stand in front of the bricks in B Tunnel, then line your Toxic Screen in a way that divides Mid in a slanted way. Just copy the setup below to make it easier to remember.

You can also try a one-way Poison Orb in Mid Doors by standing in front of the stairs and lining up your crosshair at the bottom of the window in front of you. This will let you see anyone who passes through mid without getting spotted at all.