Wait… Was That Spongebob? – All Voice Actors In High on Life

Why do these voices sound so familiar? Find out who is in High on Life! 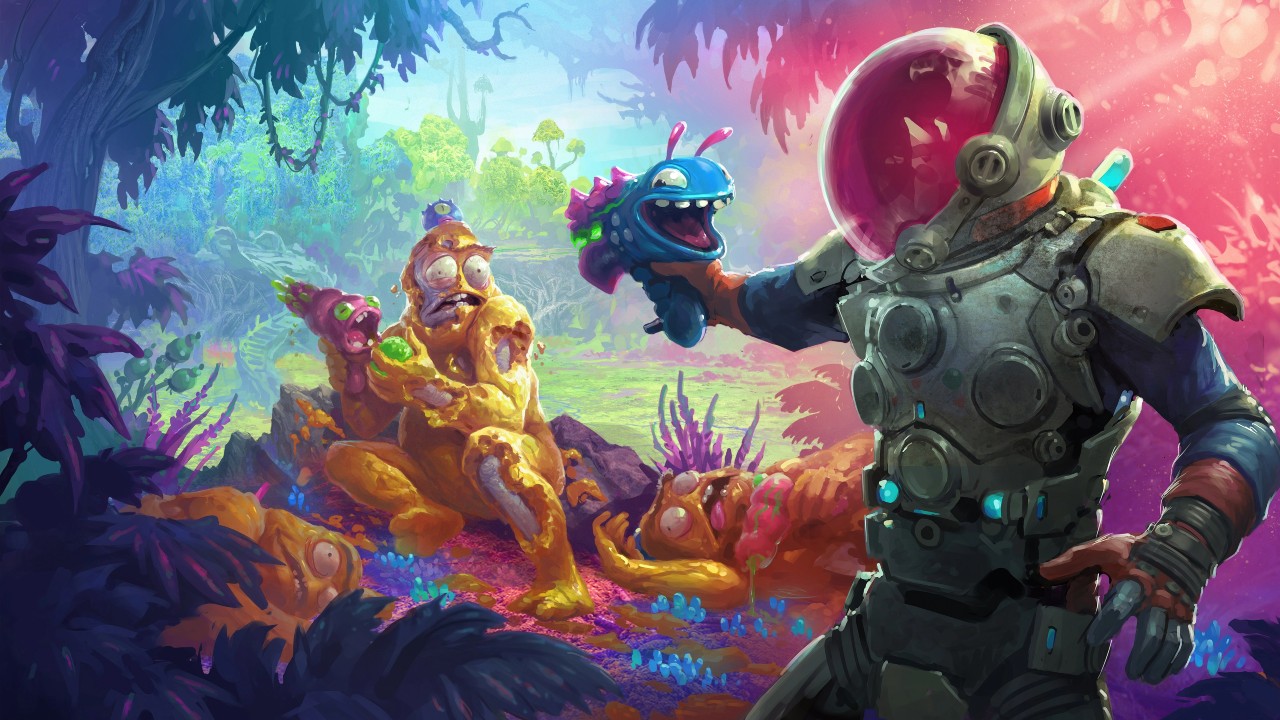 Gamers blasting their way through the G3 Cartel in High on Life are going to find themselves pausing and wondering who voices their favorite characters throughout this witty adventure. From Adult Swim favorites to comedians and anyone in between, there’s a vast and varied list of talent in this project.

Let’s find out who voices the Gatlians, as well as some of the other favorites throughout this game, so you can finally put the pieces together on who plays who within Blim City. Here is the main cast from the newest Squanch Games creation, and where they’re most known.

Justin Roiland delivers a signature type of comedy, and fans of his works know exactly what to expect when making their way into this title. If you can’t stand his works on Rick and Morty or Solar Opposites, this may not be the title for you. But, if you happen to find those works hilarious, or just want something vulgar and filthy to get through the next weekend, give this game a shot and listen to the excellent voiceover from these talented folks.

Fans of Rick and Morty will instantly recognize the smooth and sultry tones of Justin Roiland voicing the main character… I mean, Gatlian in this title. Yes, while the main character themselves does not talk, Kenny takes on the singular voice of reason throughout the majority of this title.

Known as Mr. Dell in Spiderman: Far From Home, Gus brings the pain as a shotgun with a smart mouth. Alongside some of the most humorous quips in the game, players will also come to find that they can more than back up what they’ve got to say with their powerful blasts.

This sassy submachine gun is voiced by the talented Betsy Sodaro, who may be best known from Hubie Halloween and Don’t Worry, He Won’t Get Far On Foot. Her words blister as quickly and harshly as the needles she shoots from her backside, so players will find Sweezy to be one of the most fun weapons in the game for multiple reasons.

Creature is brought to life by none other than Tim Robinson, who happened to also voice one of the biggest and most unexpected cameos in a film this year with Ugly Sonic in Chip and Dale: Rescue Rangers. This mildly insecure Gatlian makes up for what he lacks in confidence with his overall firepower.

This wisecracking Australian is brought to life by someone who has worked with Justin Roiland in the past once before. In the Bushworld Adventures episode of Rick and Morty, Michael Cusack lent his gentle voice to Rick Sanchez as they make their way through the bushland down under.

Players churning and burning through this adventure may also recognize these iconic actors in their playthrough:

There are so many memorable actors in this title, and that’s not even considering the selection of B-Movies that are available to watch at any time. Players will be able to view these at any time by hanging out with Gene on the couch, or utilizing the Warp Discs to get to a Theater quickly. While players may not be able to jump into multiplayer with friends, there is an absolute blast of a title within this crazy world.

Attack of the Fanboy / GAME GUIDES / Wait… Was That Spongebob? – All Voice Actors In High on Life