Freeze your opponent with this TM! 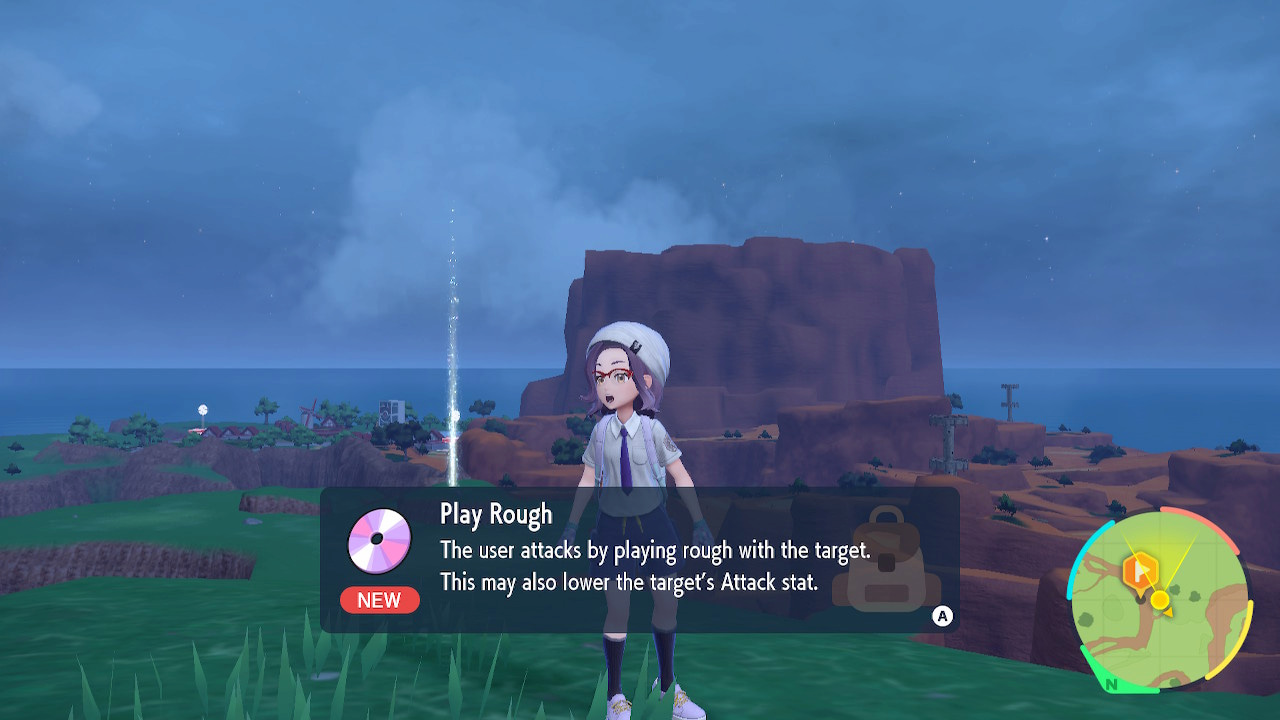 Despite its quirky name, Play Rough is one of the strongest Fairy-type moves in Pokemon Scarlet and Violet. Not only does this move enable your Pokemon to deal massive damage, but it can also lower your opponent’s damage simultaneously. This makes it a great move to sustain your Pokemon’s health and avoid getting one shot during battle. So, if you’re wondering where to find this move, you’re in luck. Here’s where to find the Play Rough TM (TM 127) in Pokemon Scarlet and Violet.

The Play Rough TM can be found on a hill nearby East Province (Area Two). There are two ways to get to this TM’s location. If you haven’t unlocked the climbing ability for Koraidon or Miraidon yet, you can try the speedrun method to climb up the hill. Basically, this method requires you to jump backward. Otherwise, you can use Miraidon or Koraidon to climb the high ground. For clarity, see the exact location marked with an orange flag on the map below.

Once you have arrived in the marked area, you’ll be able to spot the Play Rough TM in plain sight. However, if you have difficulty finding it, you can keep going up the hill until you can see everything below you clearly. The surrounding area around the Play Rough TM should look like the image below.

After obtaining the Play Rough TM, you’ll instantly be notified of the move’s ability. The game description says it allows the user to attack by playing rough with the opponent. In addition, it may also lower the target’s Attack stat. With that said, this makes Play Rough a versatile move against a wide range of Pokemon.

To teach this move to multiple Pokemon, you must first craft copies of the TM using a TM machine at any Pokemon Center. For that, you need these materials:

Overall, this is a great move to learn if you’re aiming for your Fairy-type Pokemon to be powerful. In fact, it is even more deadly if your Pokemon also has a Fairy-type Tera, making it great to use against high-level Tera Raid Battles.