Where can this charming tribute be found? 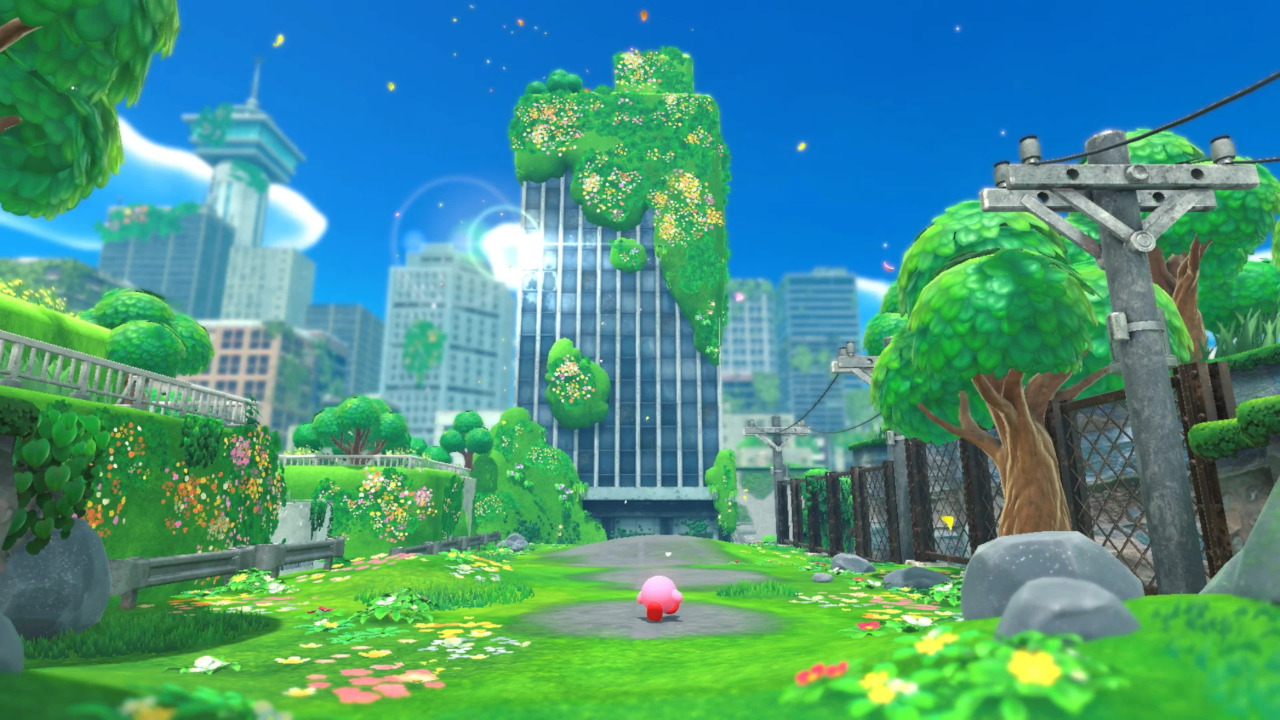 There are many secrets to discover in Kirby and the Forgotten Land. While players will complete many secret objectives simply by playing the game, there are a few items and areas that end up well-hidden from even the most vigilant explorers. Among these secrets are the HAL Rooms. These hidden areas have been a staple of recent Kirby games, and Forgotten Land is no different. At least finding the first HAL Room is easy if you know where to look.

To access this secret location, players must travel to Rocky Rollin’ Road, the third stage of Natural Plains. Here, fans can play around with many new gameplay mechanics. This includes the Ranger Copy Ability. This ability will prove vital in the player’s hunt, as it must be taken with them right to the end of the stage. Once you pass the section where you utilize Mouthful Mode, you’ll be at the end of the stage. Instead of completing it, however, jump on top of the tree on the right. The camera will pan up, revealing a hidden target far off in the distance. Fire at the target with Ranger, and you’ll reveal a set of stairs leading you to the HAL Room!

There are no major requirements to access the room, with the exception of using Ranger to destroy the target. In this hidden area, you’ll be able to collect numerous Star Coins from the slide at the beginning and from inside the blocks that make up the letters H, A, and L. You’ll also have access to the Ice, Hammer, Needle, and Tornado Copy Abilities, allowing you to unlock them for personal use earlier than normal. If you find yourself lacking Star Coins, revisiting this room can be a great way to obtain more!