Where to Get an Ability Patch in Pokemon Scarlet and Violet

Unleash the hidden abilities of your Pokemon with this item. 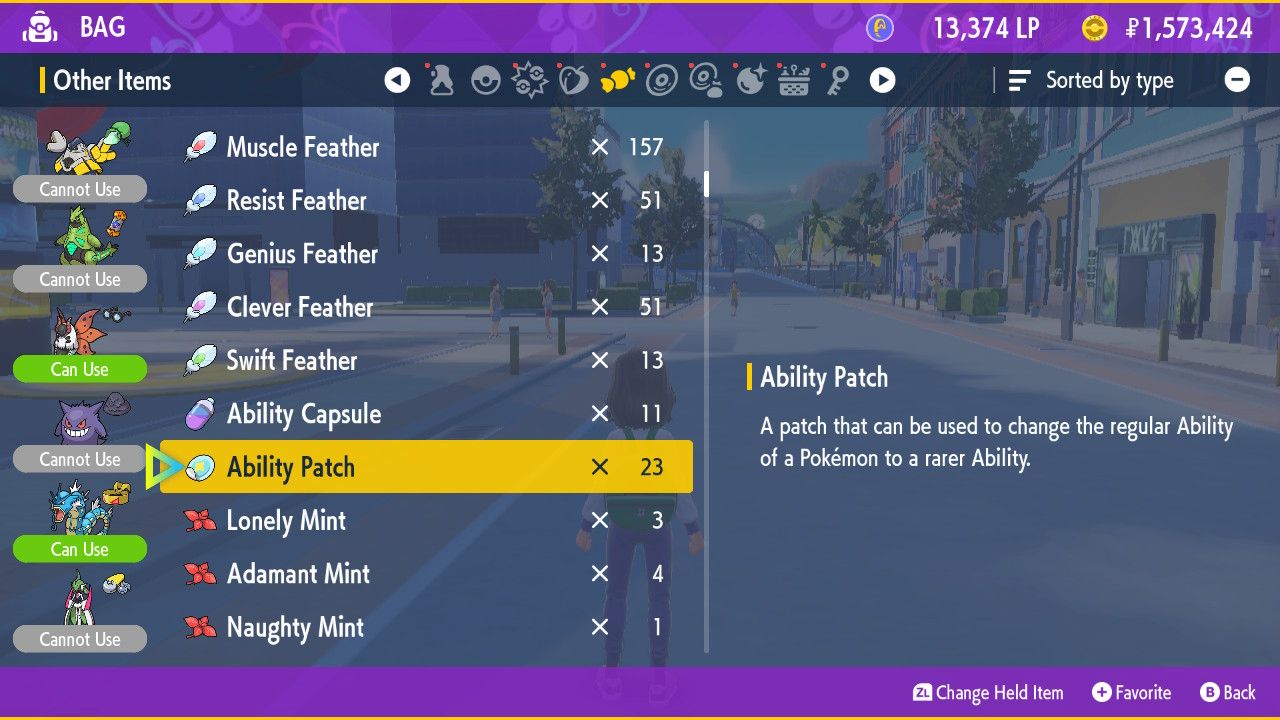 Some Pokemon Hidden Abilities are very strong, but it’s a bit tedious to get them. Luckily in later games, all you had to do was get an Ability Patch and now you’re good to go. However, these items were still a bit tough to get. Here, we can explain how you can get your hands on an Ability Patch in Pokemon Scarlet and Violet.

How to Get an Ability Patch in Pokemon Scarlet and Violet

This item is an extremely rare drop only found when completing 6-star Tera Raid battles. It may be very off-putting to see that you won’t be able to get one for your first dozen attempts at completing the hard raids, but they will pay off.

It should also be noted that Ability Patches are not the same as Ability Capsules. They both have the same function in swapping a Pokemon’s abilities, but the Patch allows for a Pokemon to acquire its Hidden Ability.

An example of a Hidden Ability is Quaxly’s Moxie ability. This grants one Attack level up during a match for each Pokemon Quaxly or its evolutions defeat. Typically, this Pokemon starts with the Torrent ability, meaning that it will deal additional water damage if its HP is below 1/3.

While it might take a long time to obtain an Ability Patch, you should know that not all Pokemon have Hidden Abilities. This is a niche item that can bring out the further potential of a handful of Pokemon in the game, but it isn’t always required. Furthermore, there is a way to obtain Pokemon with Hidden Abilities without needing the Patch.

Partaking in 5-star and higher Tera Raid battles can net you Pokemon with Hidden Abilities. As long as you successfully defeat and catch them, they will be yours. More often than not, they will have their Hidden Ability if applicable. Along with that, they will also have at least 3 or 4 perfect IVs in one of their stats, making them very capable of Raiding and competitive play.

You can keep grinding for the Ability Patch in 6-star Raids but have other objectives in the meantime to prevent burnout.