Boss Key Wants to Bring Radical Heights to Xbox One

Another free to play Battle Royale title could be coming to Xbox One. 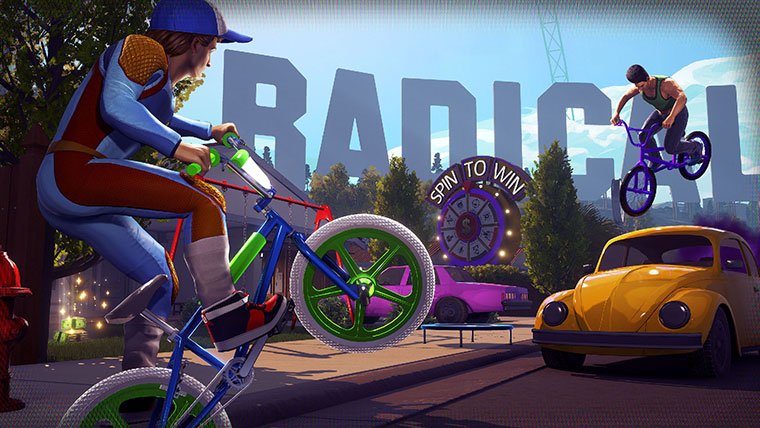 Radical Heights was recently announced as the “passion project” that Boss Key Studios would be shifting focus to in the wake of the failure of LawBreakers.  The free to play, 80’s themed Battle Royale title recently launched on Steam into Early Access, and it appears that the Boss Key wants to bring the game to Xbox.

In recent comments on social media, Cliff Bleszinski simply stated “We want it on Xbox,” in a conversation with Larry Hyrb aka Major Nelson.  To which a couple of replies to the developer were made, explaining that “it’s pretty easy to publish on Xbox” through the Xbox Live Creators Program.

Whether or not Bleszinski and Boss Key will be pushing to get the game on consoles is anyone’s guess, but it appears to be something that they are at least contemplating.  Radical Heights debuted strongly a few weeks ago as popular Battle Royale streamers took to the game to try it out and play it for their massive audiences.  Regardless, it doesn’t seem like that marketing push paid off for Boss Key, player counts on Steam have slowly dwindled since release and the number of players playing Radical Heights pales in comparison to the number of people that tuned into watch streams of other people playing the game.  With low player counts and a game that needs 100 players to start a match, Radical Heights in its current state uses AI bots to fill matches.

The comments from Bleszinksi are somewhat strange at this point.  Boss Key’s last game, LawBreakers, did not launch on the Xbox One.  Bleszinski caught plenty of flak from Xbox fans, but called the move a business decision due to the much larger installed base of the PlayStation 4.

Those looking for Battle Royale seem to be getting more and more options.  Obviously Epic Games has a stranglehold on the market with their wildly popular Fortnite: Battle Royale and free to play strategy.  Those willing to pay for the opportunity to beta test a game can play PlayerUnknown’s Battlegrounds on Xbox One.  Over on the PlayStation 4, H1Z1 is heading to the console as a free to play Battle Royale game.

Will Radical Heights make the jump to the Xbox One?  Nothing has been announced, but given the fact that there’s a very low quality bar for games that are in active development in Microsoft’s Game Preview program, anything can happen.