Next Final Fantasy 15 Update Lets You Take Your Own Photos 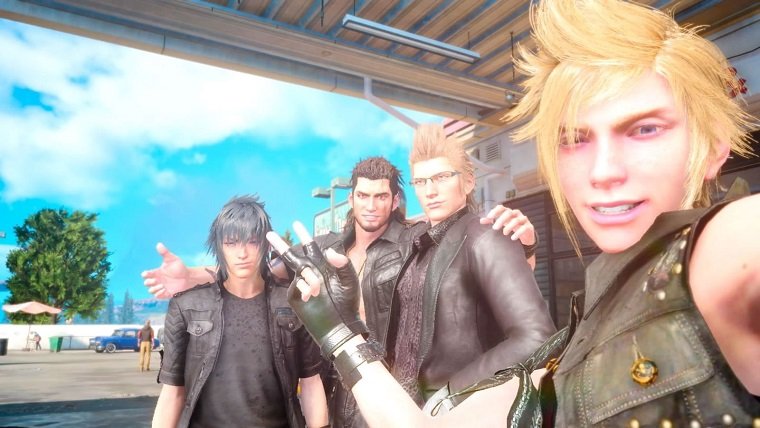 Final Fantasy 15 is set to receive an update next week that adds several things to the game, which varies depending on whether or not you have the season pass. A major feature will be the implementation of the Moogle Chocobo Carnival, though fans of the game’s prominent photos will be glad to know that a “selfie-shooting feature” is also coming. The update will be released on January 24th.

First lets get the content that will be coming as a part of the Holiday Pack, which comes in a standard version that is free and a plus version that is available only to season pass holders:

As for everyone else, the big feature that everyone will be getting is the aforementioned “selfie-shooting feature.” Just as it sounds, you will now be able to take pictures whenever you want rather than Prompto randomly snapping them throughout your travels. The Moogle Chocobo Carnival will be the same regardless of whether or not you have the season pass, though the picture frames will be different.

Final Fantasy 15’s season pass costs $25 and features 6 DLC packs that will be released throughout 2017. Some of them will be story-driven and will focus on each of Noctis’ loyal companions, bringing the player to new areas and acquiring weapons that can then be used in the main game. The story DLC will begin with Gladiolus, which will then be followed by Ignis and Prompto. Once those are all done, Noctis will come back into the picture for a 4-player online co-op mode.

Final Fantasy 15 is available for PlayStation 4 and Xbox One. Square Enix recently revealed that the game has been doing very well, shipping over 6 million copies since launch.