E3 2016 Predictions, Everybody Loves Overwatch, and is VR too Expensive: AOTF Podcast #33 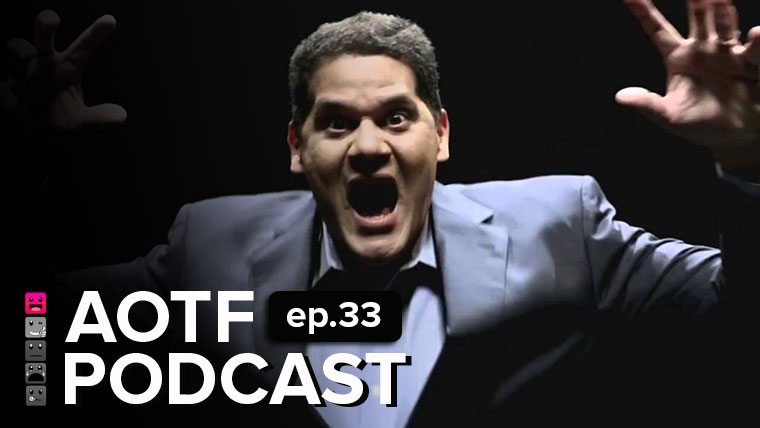 It’s June, which might not mean much to the rest of the world, but for gamers it is a magical time of rampant speculation, news leaks, and huge levels of anticipation. It’s E3 2016 time, and we’re here to give you our thoughts, hopes, and dreams in the AOTF Podcast Episode #33.

Of course we discuss the hot topic of E3 2016, the possibility of Microsoft and Sony pushing out new consoles just a few years after the introduction of the Xbox One and PS4. At this point these things seem like horrible inevitabilities, with enough verifiable rumors to make them as close to certain as anything else heading into E3. We’re still split on exactly how to take this news, as it seem to really kill a lot of the point of consoles, while making players feel very cheated by the eighth generation systems.

We also give some of our predictions and/or hopes. These include a Resident Evil 7 reveal, anything involving Final Fantasy VII Remake, Halo Wars 2 not sucking, and the possibility of a Skyrim remaster from Bethesda.

Nintendo is still a topic for discussion though, which is weird to even have to justify since they’re the only company that will definitely have a new console out in the next year. However, their baffling decision to not show the Nintendo NX has certainly killed a lot of their E3 hype. Lifting it ever so slightly was the news that they’ll be showing more than just Zelda at E3 2016, even if it’s just in video form via Treehouse.

In somewhat non-E3 news, XCOM 2 is heading to consoles, Destiny is unveiling its future very soon, Horizon: Zero Dawn was delayed into 2017, Pokemon Sun and Moon details were revealed, and I declared PS Plus the winner for best free games in June 2016.

And, of course, we couldn’t go through an episode of the AOTF podcast without discussing VR. This time we don’t have any brand new Oculus Rift controversies to yammer on about. Instead Take-Two’s CEO weighed in on the technology, saying it was “way too expensive” and that “we don’t have something where you stand in a big open space and hold two controllers with something on your head–and not crash into the coffee table.”

Will seems to agree, but I think the price is just high due to being a brand new piece of tech. It might be too much for the average consumer, but it’s working through the usual process for stuff like this. And in terms of the dedicated space, once I tried room scale VR via the HTC Vive I was sold. No house of mine will be without a large enough space for VR near my PC.

In terms of what we played this week, Will was once again impressed by Hitman, with Episode 3 giving him more of the stealth action he loves. Conversely, Mirror’s Edge: Catalyst was a bit of a disappointment. On my end, Fated: The Silent Oath put forth some interesting ideas, but failed overall. And Minecraft: Story Mode Episode 6 felt like the cash-in game that we were all worried it would become.

Attack of the Fanboy / Podcast / E3 2016 Predictions, Everybody Loves Overwatch, and is VR too Expensive: AOTF Podcast #33