She-Hulk: Attorney at Law | Daredevil Appearance on the Show, Explained

The series teases new and familiar MCU faces to watch out for! 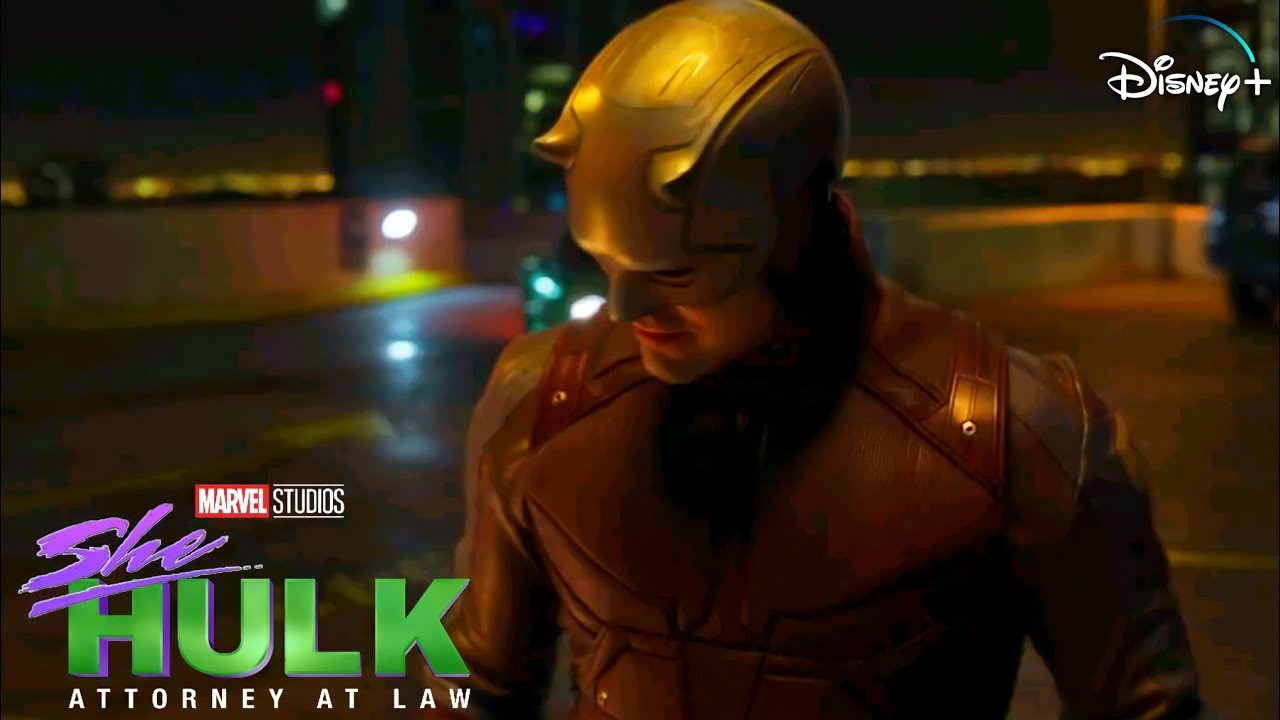 While She-Hulk: Attorney at Law debuts Tatiana Maslany as the lawyer Jennifer Walters turned 6’7″ fighting green giant She-Hulk, the internet is abuzz with news about the rest of the cast as well. In addition to Mark Ruffalo’s Bruce Banner, Tim Roth’s Abomination, and Benedict Wong as Sorcerer Supreme Wong, we get our first glimpse of none other than Matt Murdock, aka Daredevil, for the first time in costume since the cancellation of the phenomenal Netflix series. But what does an appearance from Daredevil on She-Hulk mean? Read on to find out.

She-Hulk: Attorney at Law | Daredevil Appearance on the Show, Explained

While the series has only provided tiny glimpses of Daredevil, sporting a yellow variation on his costume reminiscent of the original character’s design, his appearance is key to forming She-Hulk’s superhero identity. Matt Murdock is also a practicing attorney like Jennifer Walters, but there’s an interesting juxtaposition between them: Murdock feels his greater calling is to fight crime as Daredevil, the devil of Hell’s Kitchen, while Walters never asked for her abilities, and attempts to continue living a semi-normal life. As demonstrated in the show, however, this development forever turns her life upside down, and she must embrace her powers.

See some familiar faces and meet some new ones when Marvel Studios' #SheHulk: Attorney at Law, an Original series, starts streaming Thursday on @DisneyPlus. pic.twitter.com/g37VV8f24z

This addition of Daredevil is certainly part of the show’s marketing, promising familiar as well as new faces in the MCU, but reminding you to keep in mind the main star of the show, our new favorite green giant. We’ll know in the coming days and weeks just the extent to which Daredevil’s character features, whether the two spar together, match blows, fight crime together, or even face each other in court. We know the two have worked in iterations of the Defenders in the comics, but will they play nice onscreen? One thing is for sure: if you’re looking forward to seeing Daredevil’s return, you’ll be pumped to know he’s getting a new series, also premiering on Disney Plus at a later date.

This concludes our answer to the question, what does an appearance from Daredevil on She-Hulk mean? Be sure to check out our entertainment column for more stories like this!

Attack of the Fanboy / Entertainment / She-Hulk: Attorney at Law | Daredevil Appearance on the Show, Explained