Find out which TMNT games are worth your time with this in-depth list of the greatest TMNT games! If you’re looking for a good time with your favorite heroes in a half shell, you’re in luck. While there have been countless games featuring the Teenage Mutant Ninja Turtles, not all of them can be considered great. We’ve waded through the sewers in search of the true gold that are these 10 amazing TMNT games that you’ll be able to enjoy by yourself, or with the help of some of your friends.

Without further ado, here are the top 10 best TMNT games of all time. Make sure you’ve got a slice of pizza ready, as we kick some shell! If you’re looking for an accessible fighting game with a nice roster of your favorite turtles and villains, you really cannot go wrong with this title. You’ll find it to be a game that is easy to pick up, hard to master, and rewarding for those that are looking to put the time into it to become the greatest fighter of all time. The roster is stacked with your favorites from the franchise, so you won’t need to think long before you find your main and start to take your friends to the cleaners with an excellent combo. While being notoriously hard, this is also one of the most rewarding platformers that you’ll be able to find on the NES. You’ll be able to take control of your favorite Turtle and make your way through a variety of different levels, each with their own unique spins. It also houses one of the most notoriously difficult stages in gaming, where you’ll need to navigate through electrified water, so be sure that you’re ready for the challenge before you jump into this game! 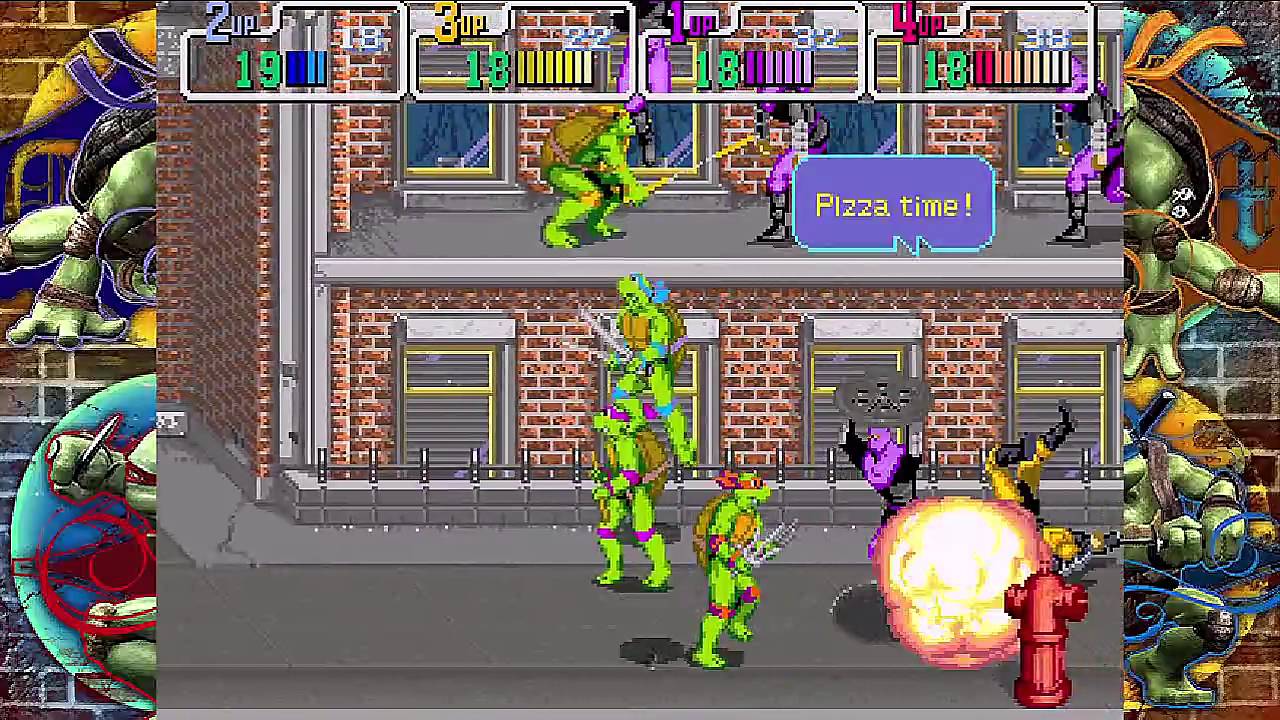 Coming out shortly after the NES release, this 1989 arcade game laid the foundation for some of the greatest turtle adventures to come in the future. While you may find it to be a little slower and clunkier than its later entries, there is no denying that this game had a huge impact on the arcade scene, and also lead to the creation of some of the greatest TMNT games to come in the future. You and your friends could spend an entire afternoon dropping quarters into a machine to make this game your muse. 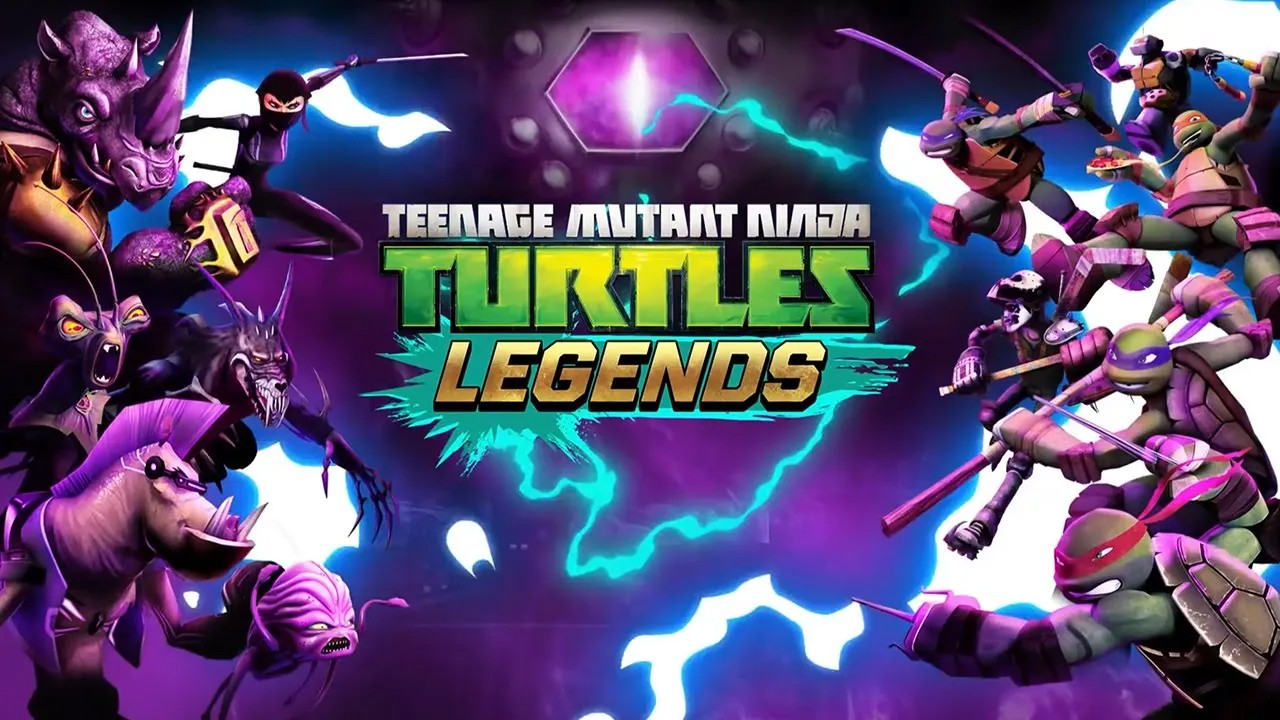 Collecting all of your favorite heroes to take on your favorite villains never felt so good. As you progress through Teenage Mutant Ninja Turtles Legends, you’ll need to make sure that you’re working on building up your team to the best ranks possible, as you continue to take down foes large and small, from all different points in the franchise. Lots of love has been put into this title, making it one of the more addictive mobile titles on the market. 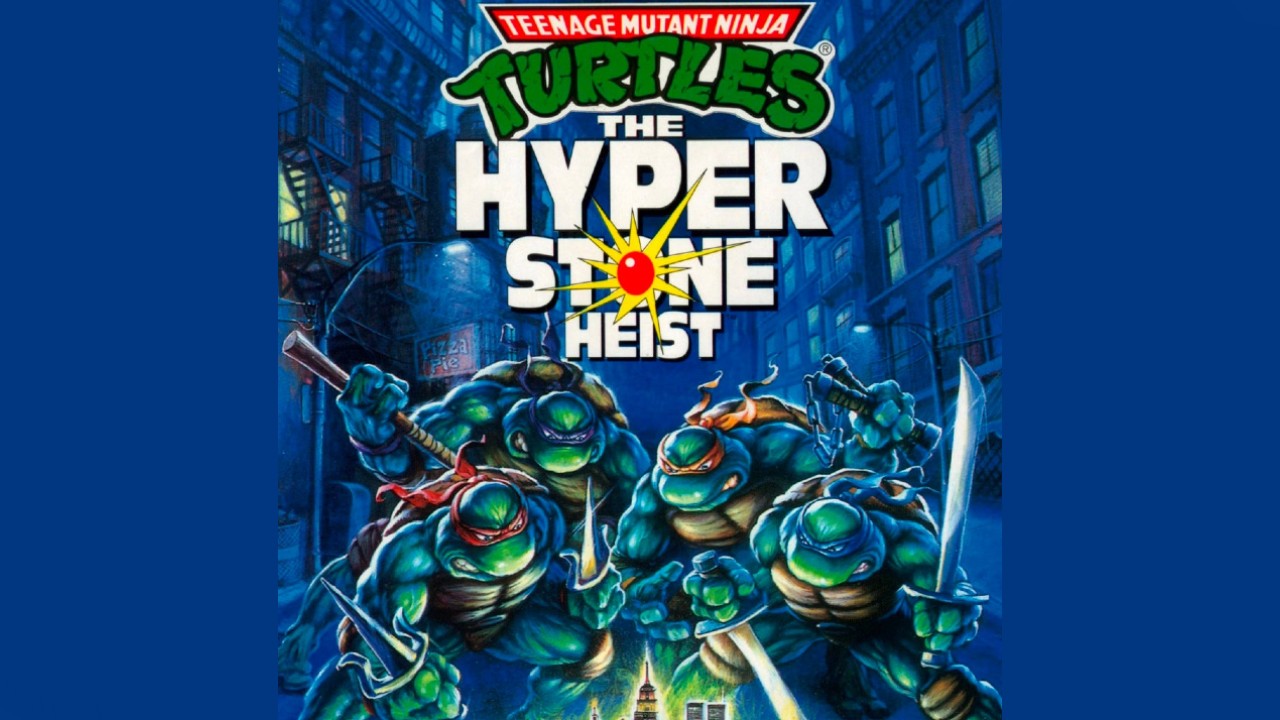 Taking the base gameplay of TMNT: Turtles In Time, and adding a few extra bits helped Sega Genesis players enjoy one of the greatest TMNT games to ever exist, however, it feels like something may have been missed in translation. While there are extra pieces added to this title, something just doesn’t add up when compared to the original. Not to say that this title is bad by any means, as it is one of the better Beat ‘Em Up’s that these titular turtles have starred in, but compared to Turtles in Time, this one doesn’t stand up as tall. 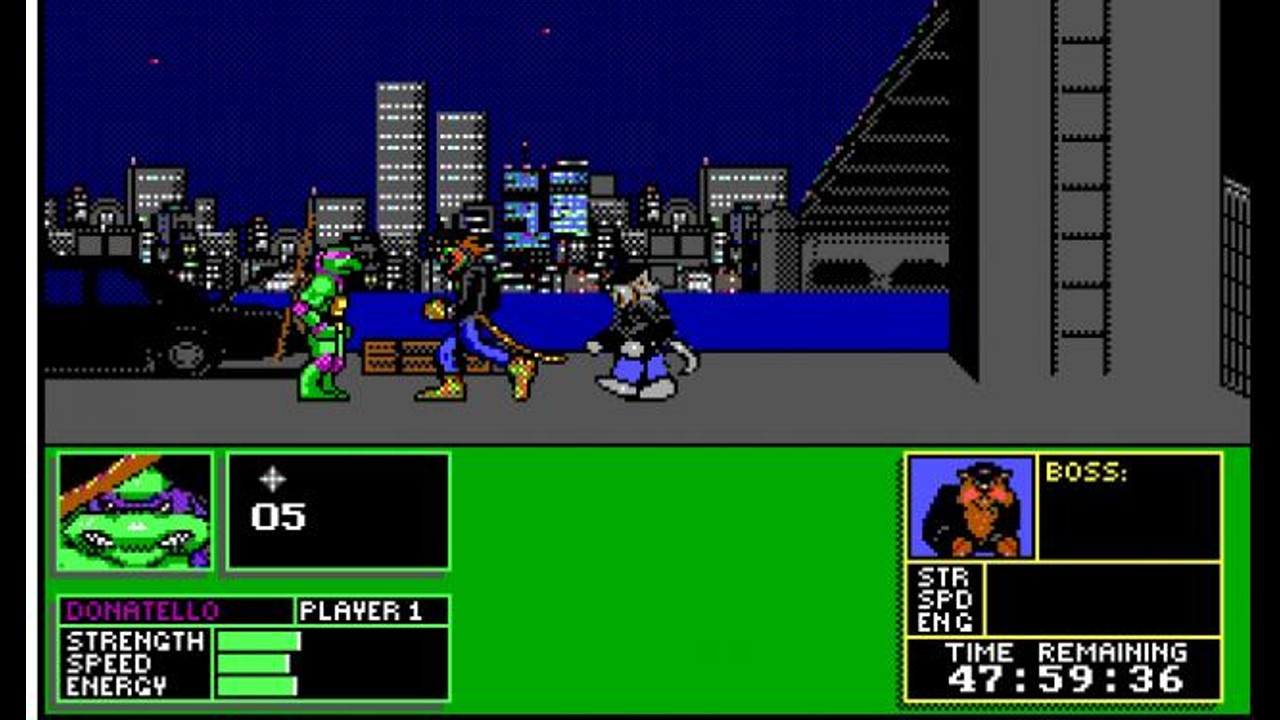 While a bit dated by today’s standards, this is one of the more unique entries on the list. Originally released on the DOS computer system, you’ll be able to control your favorite turtle, utilize their familiar weapons, as well as use throwing stars to take down enemies in a side-scrolling adventure. Featuring gorgeously done pixel art, especially in cutscenes, this is a treat for those that are fans of the Mirage Comics line of TMNT. 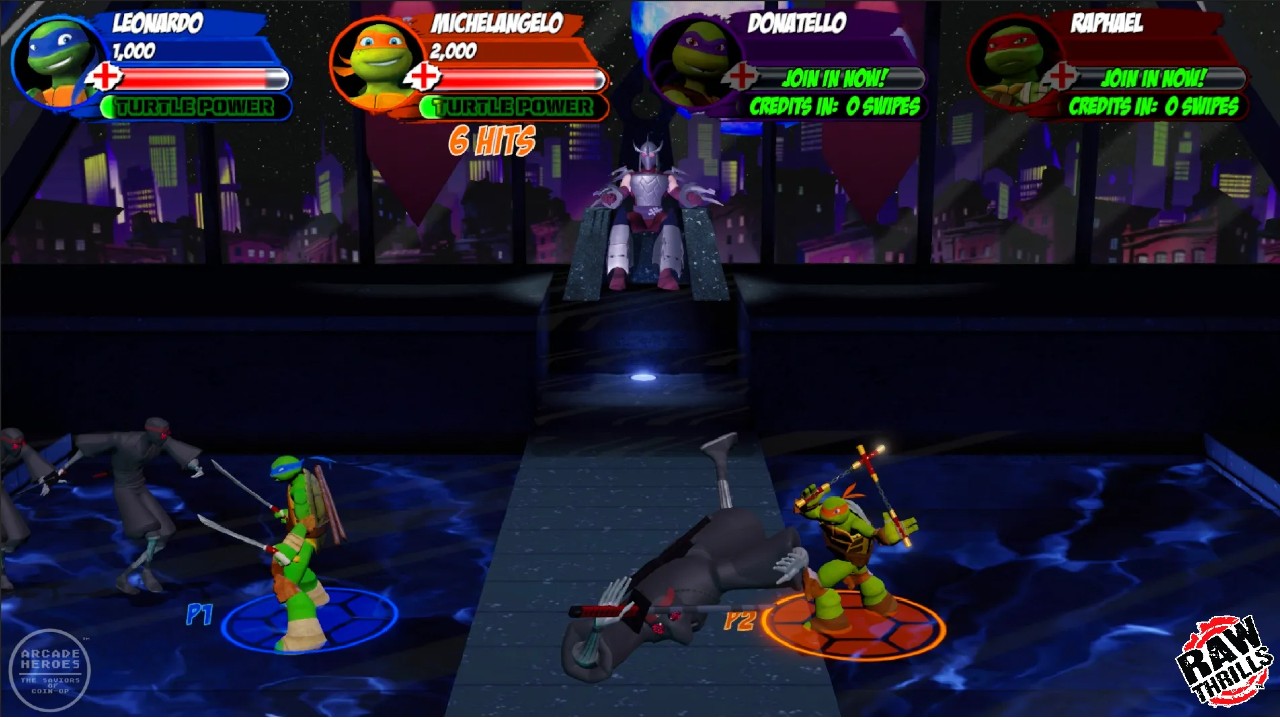 While purists may scoff at the Nickelodeon TMNT designs being used in this title, you’d be surprised at how excellent this game really is. Taking major inspiration from the Turtles In Time formula, and crafting their own unique twist upon it, you’ll find yourself grinning while giving this game a playthrough. With buttery smooth controls and plenty of room at the cabinet to fit four players comfortably, you’ll have an amazing time with your friends giving this game a playthrough. 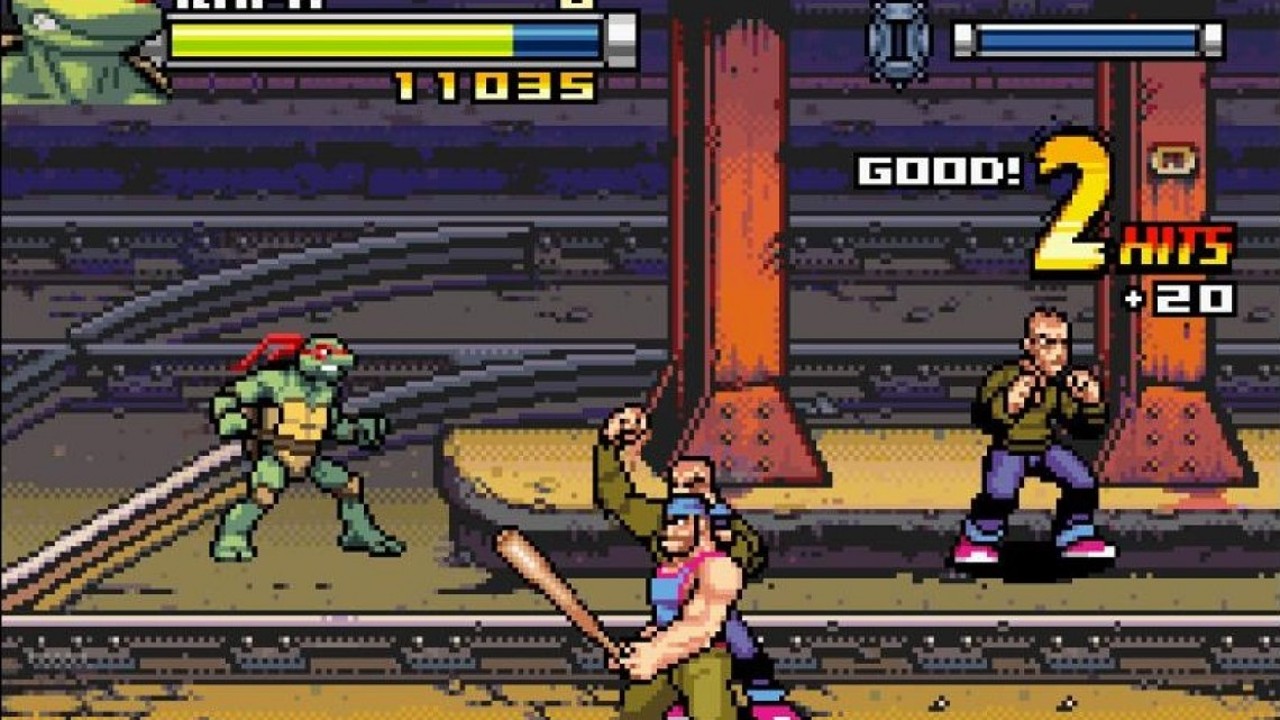 There are a few different ways that this title stands out above the rest, and that has to do with the fact that it was breaking boundaries back in the day. The turtles are so well animated, that it’s hard to believe that this title was originally released on the Gameboy Advance and that artists from this title would go on to work on what we consider to be the greatest TMNT game of all time. It’s also great that this game was technically a movie tie-in title that was excellent, breaking the stigma that all movie tie-in games just needed to be a quick cash-in. 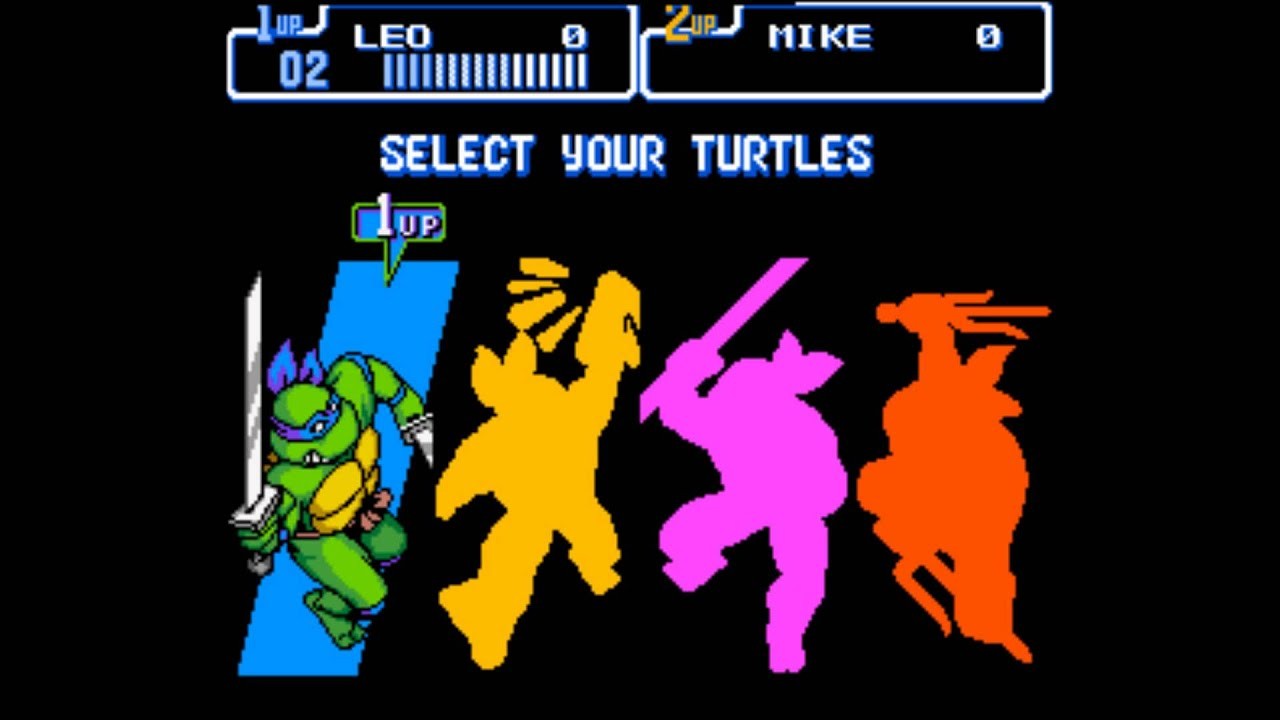 If you would have asked us just a few months ago, we would have easily given Turtles In Time the top spot on the list, but it has recently been overtaken by one of the newest entries in the franchise. The frantic four-player beat ’em up has pleased gamers for upwards of 30 years now, and this game is a true gem. You and your friends will be able to put a stop to Shredder’s terrible plans once again, but with buttery smooth controls, some of the best music in the franchise, and the ability to play through the whole arcade game in the comfort of your home, Turtles In Time was the go-to party game when friends got together. 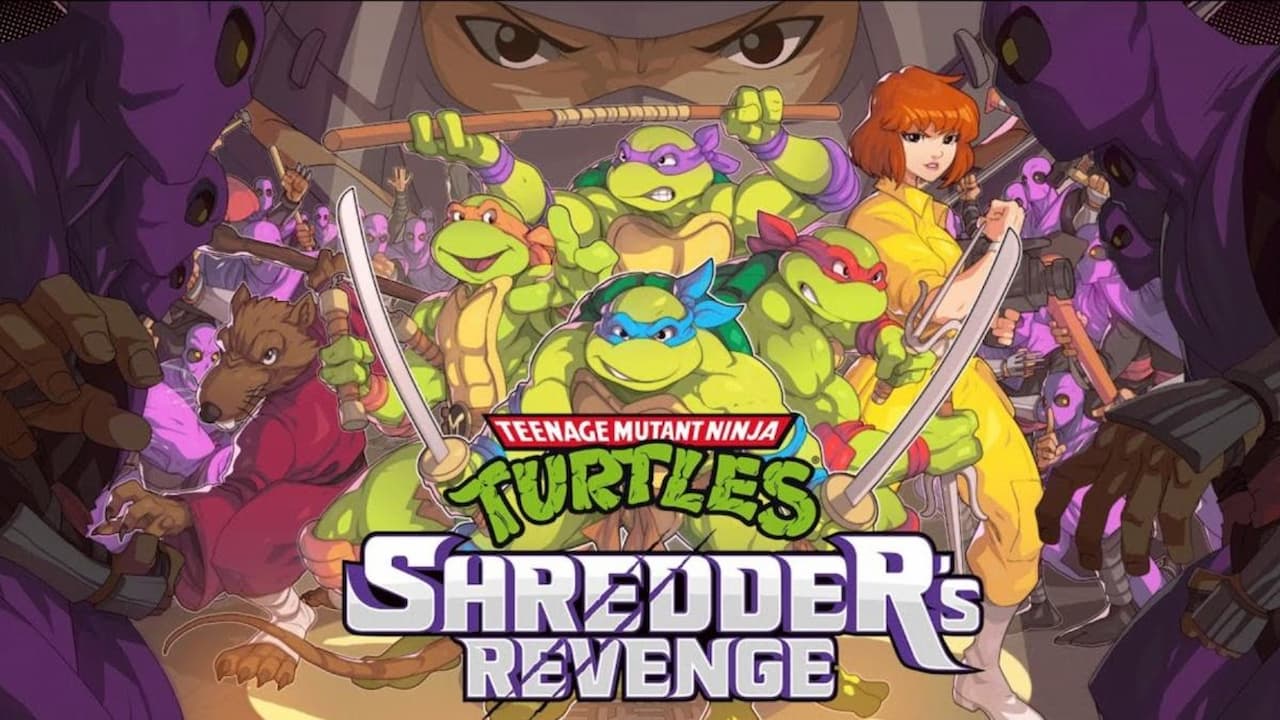 At this point, the bar on Teenage Mutant Ninja Turtle games has been raised forever. Taking everything that made Turtles In Time great, and raising the radical levels through the roof, you’ll be hard-pressed to find another TMNT game that comes as close to perfection as this game does. With an amazing soundtrack that will be stuck in your head for days after playing, silky smooth controls, and plenty of replayability, Teenage Mutant Ninja Turtles: Shredders Revenge has taken the crown as the greatest TMNT game of all time.

And there we have it! All of the greatest TMNT games that you’ll be able to enjoy playing through. While they’ve had a bit of a rocky time with some games, there are plenty of excellent titles that you’ll be able to enjoy with these heroes in a half shell. While you’re at it, make sure you’re checking out our review of TMNT: Shredders Revenge, as well as different guides, like how to use radical mode to your advantage, how to unlock Casey Jones, and who the best character in the game is!